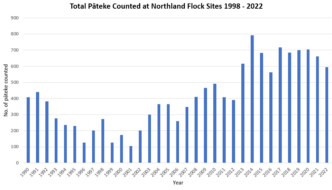 Pāteke, the rarest mainland duck in New Zealand, are flourishing on Northland's east coast. However, the 2022 Flock Count shows there has been a dip in numbers. Pāteke / brown teal congregating at flock sites on Northland's east coast have been counted annually each February since 1988. Comparing the data over time has shown an overall upward … END_OF_DOCUMENT_TOKEN_TO_BE_REPLACED 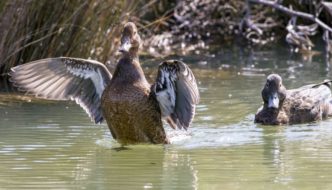 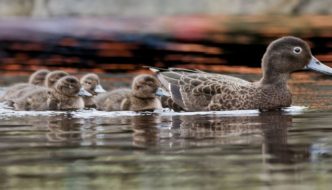 Analysis of the 2018 Annual Pateke Flock Count data has confirmed that pateke, or brown teal, are flourishing on the Kiwi Coast. The survey recorded the third highest flock count on record and birds counted at new sites showed their distribution continues to expand through eastern Northland. Each year from 2014 – 2018 the Kiwi Coast Trust has … END_OF_DOCUMENT_TOKEN_TO_BE_REPLACED 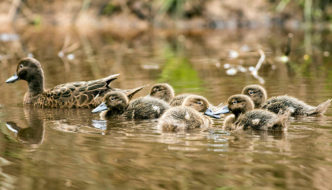 Exciting news from Taheke Landcare - a family of rare pateke ducks have been found in the area for the first time for many years. Ian Page  - Coordinator of the Taheke Landcare Group near Pataua North says "This spring has seen some great results for the Taheke Land Care group.  Six pateke ducklings are being raised by their parents on a small … END_OF_DOCUMENT_TOKEN_TO_BE_REPLACED 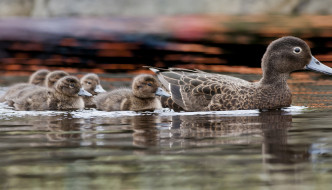 Kiwi Coast groups involved in the 2015 Pateke Flock Counts have helped confirm that this rare duck is on the increase along Northland's east coast, and moving into new areas. Pateke, or brown teal, are the fourth most endangered duck in the world. Once a widespread and common duck in New Zealand, their numbers have dwindled alarmingly as a result … END_OF_DOCUMENT_TOKEN_TO_BE_REPLACED 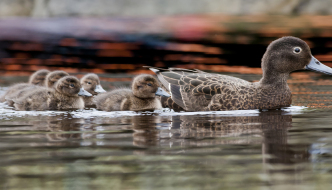 The Kiwi Coast is joining forces with pateke projects along Northland's east coast! Recent discoveries of new pateke/brown teal sites near Tutukaka suggest that similar to kiwi, pateke are also expanding along Northland's east coast thanks to the hard work of community, agency and iwi-led conservation projects. Pateke (Brown Teal) are considered … END_OF_DOCUMENT_TOKEN_TO_BE_REPLACED