Analysis of the 2020 Annual Pateke Flock Count data has confirmed that rare pateke are flourishing on the Kiwi Coast. 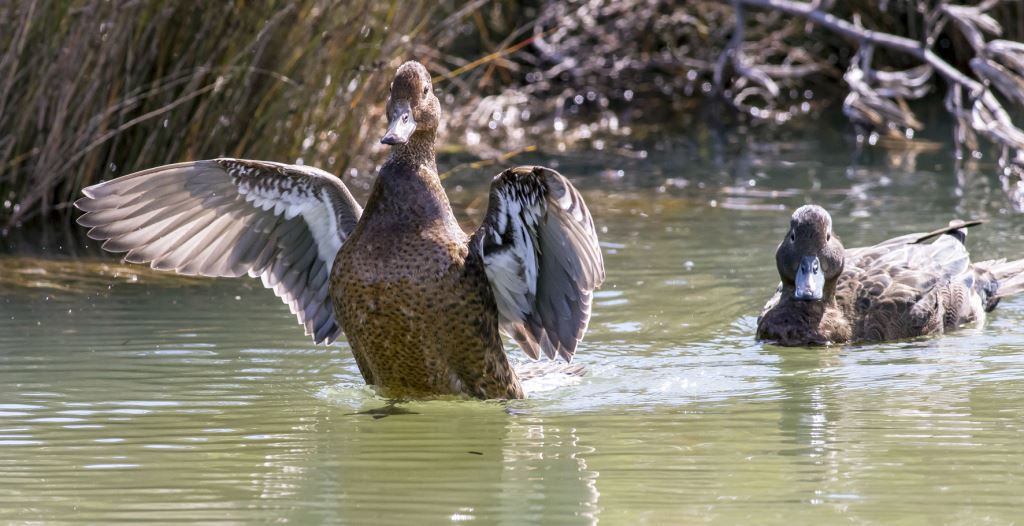 In 2005 a fledgling Tutukaka Landcare group was asked to consider a  translocation of pateke to this part of the Northland’s east coast.

Historically it was a stronghold for the species, but at the time their range was confined to Mimiwhangata, Helena Bay and Whananaki.    Thanks to amazing support from the Pateke Recovery group, in particular Dr Ray Pierce, Nigel Miller, and Kevin Evans,  we were able to meet the requirements for a species translocation.

In short, with most of our ducks in a row, trapping, funding,  translocation guide, and iwi approval, we were ready to go.

To spare a few gory details (nothing ever works to plan) between 2007 and 2011, 186 captive bred birds were released into the headwaters of the Te Wairoa stream which drains to the northern end of Matapouri Bay.

All of them were leg banded and some 60 odd fitted with transmitters and followed for 12/18 months.  The transmitters were fitted like mini back packs, with straps designed to disintegrate within this period to protect the birds, and regular checks enabled us to determine the cause of any deaths.

Overall the release was successful, and given that the average life of pateke in the wild is approx 6/7 years, and that now we have no reported sightings of banded birds, its safe to assume that all birds in the district are truly local native born and  bred.

As one would expect not all are content to stay in “lockdown”, and many have flown away to colonise other areas, as indicated by the flock count this year at Dr John Craig’s wonderful wetlands within the Pataua North Landcare area, of 92 birds! 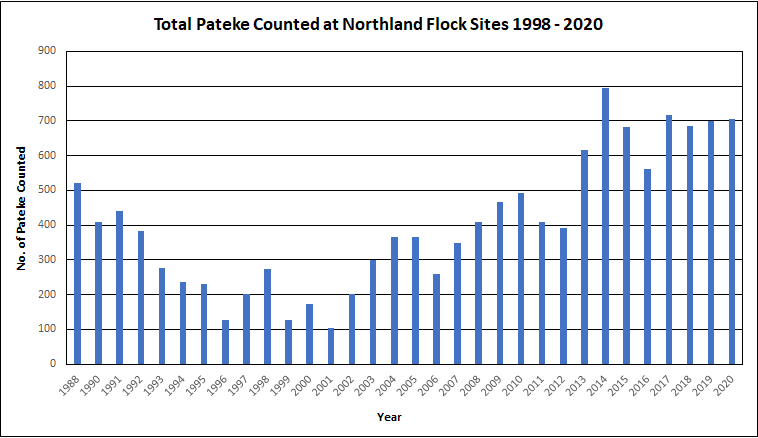 Notable increases have occurred at the margins of the regional distribution where good predator control is in place such as the Purerua Peninsula and Pataua North.

The combination of good pateke habitat and extensive predator control continue to be the recipe that will return pateke to Taitokerau”.

Also note that the flock sites are not a true indication of the total population –  there could easily be double these numbers spread round the district.

While Tutukaka Landare has been at the pointy end of the stick of this project, it’s essential to remember that we are but a small part of a large collaborative effort including DOC, The Pateke Recovery Group, DOC Biodiversity Condition Funding, Ducks Unlimited, World Wildlife fund, Northland Regional Council, Kiwi Coast  and many of our local Tutukaka businesses.

Not to mention the 12 or more captive breeders round NZ who produce the birds for release, and the Issac Wetland trust near Christchurch who prepared the birds prior to release. Also, lets not forget Air NZ  who fly them round the country free (You’d think they would fly them selves?).

Just think what we can do with a Predator Free NZ!