Teina the kiwi’s first nesting attempt, has not quite gone to plan!

Initial news of Teina’s nesting was met with much joy, as it was the first known kiwi nest in decades for the Owhiwa Landcare Group who are working hard to clear out the pests, keep dogs well controlled and help their small wild kiwi population flourish again. 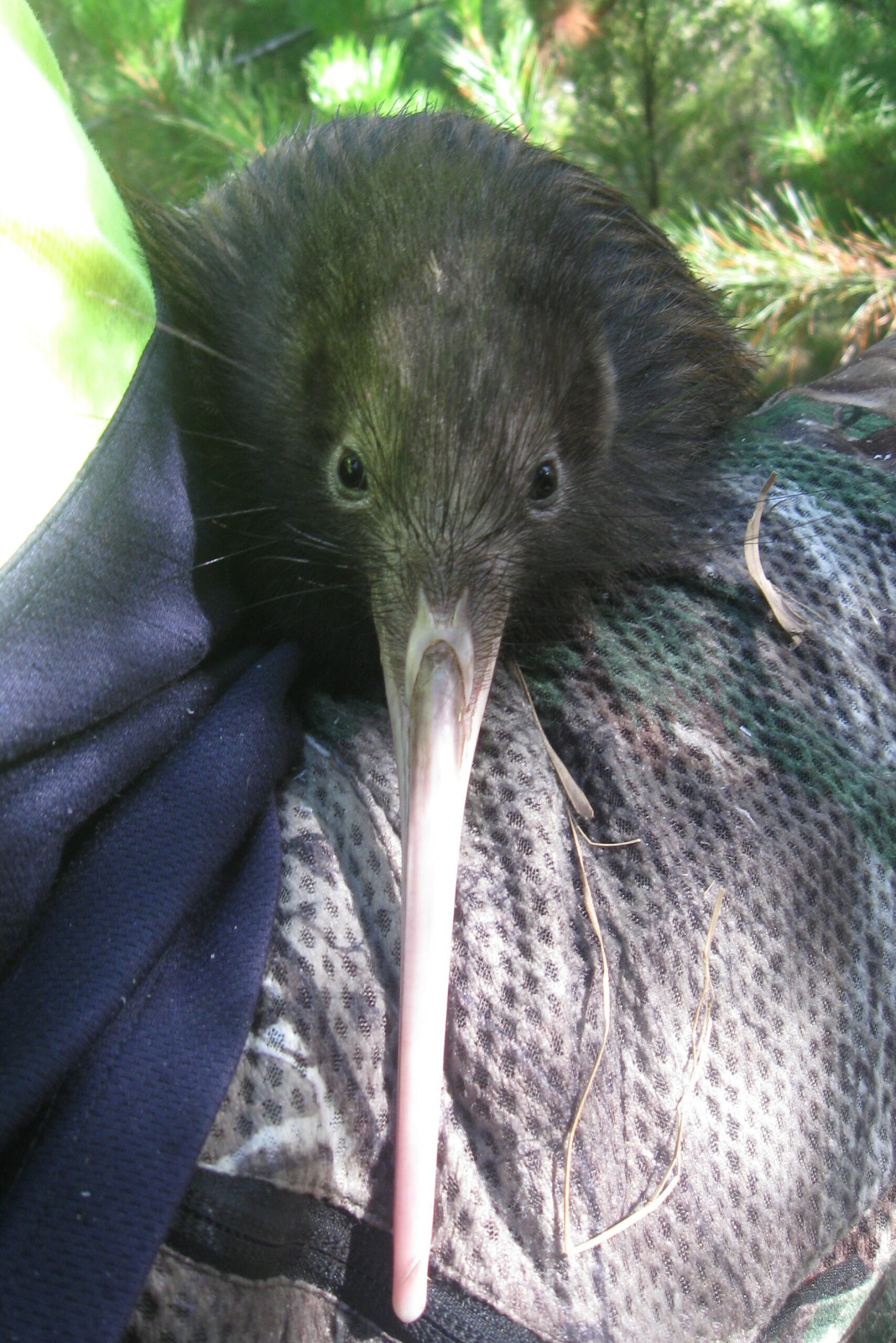 490 people welcomed Teina and three other kiwi to Parua Bay at their release by Backyard Kiwi in 2019. Via a tiny transmitter on Teina’s leg, Backyard Kiwi Project Manager Todd Hamilton has been able to remotely follow his movements and activities, keeping those kiwi  fans enthralled with his adventures.

The transmitter data showed that for the first five months Teina hung out in a pine block near his release site. He then proceeded to go walk-about within the Kiwi Link CPCA – heading off west first to explore a valley within the Kohinui Stream Landcare area, then looping back east into the Owhiwa Landcare area and settling in to the Martin’s pine block east of Owhiwa Road.

Every landowner along the way hoped Teina would settle on their block!

Teina was pretty safe wandering within the Kiwi Link CPCA’s 14,000 hectare predator control network – a collective effort by 10 projects working together between Whangarei Heads and Tutukaka. The big dream of Kiwi Link is not just to boost the low kiwi numbers in the area to a thriving population once more, but also play a key part in creating New Zealand’s first kiwi corridor with Kiwi Coast. Having kiwi breeding successfully in the area again would be a great sign that the hard work was paying off.

So it was big news when Teina’s transmitter data showed that his nightly activity had dropped from around 10 hours per night to just four, and then two –  indicating that instead of foraging all night, Teina was staying home to incubate an egg.

Todd made the big announcement – the first known kiwi in decades was nesting in the Owhiwa area!

“I don’t know who is the bigger fool, me or him? I have been carefully monitoring Teina since 2019. We were all so excited when he started showing nesting behaviour – he would have been the first confirmed nesting kiwi in decades.”

“Hatch day is usually around 70 – 75 days. First time Dad’s often don’t last the distance, so we were delighted when he got to 70 days, then 80 days. When he got to 90 days we started to wonder if something wasn’t quite right but kept patiently waiting for an increase in activity before checking the nest. An increase in activity, usually means the egg has hatched and the Dad can feed for a little longer each night.”

“Finally at 97 days his data stream showed us his activity had increased up to 4 hrs from 2 hrs. By now, we were suspecting a dud egg, so I carefully took a quick peak into the nest.” 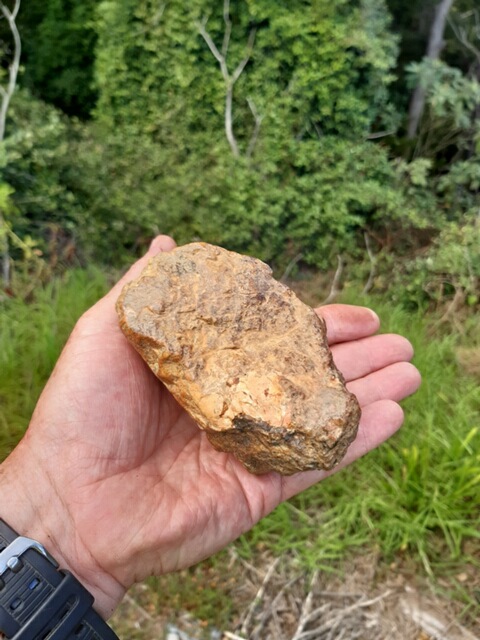 “There was no sign of an egg. Gently checking under him instead of an egg I found  an egg sized rock – warm and worn smooth in places!”

“We’ll keep monitoring him and hopefully, next season will be the real deal.”

If you’re a landowner in the Kiwi Link CPCA area between Parua Bay and Glenbervie, and want to get involved in pest control or looking after kiwi on your block, contact Ngaire the Kiwi Coast Coordinator.