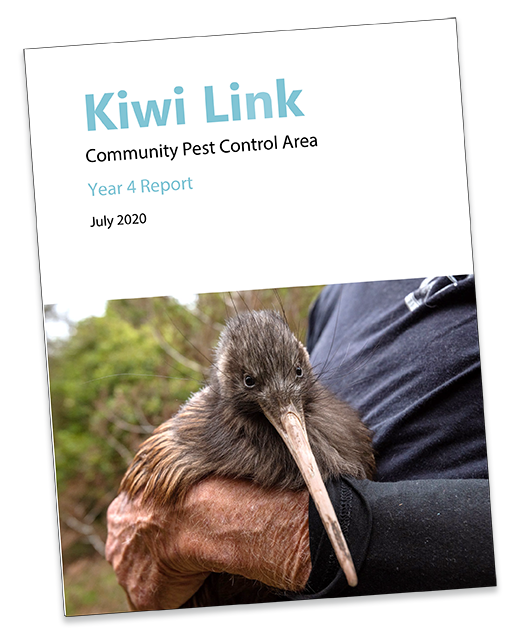 The project has been named the ‘Kiwi Link’, as the primary goal is to rebuild kiwi populations and connect the kiwi strongholds of the Whangarei Heads peninsula and Tutukaka Coast.

Results and highlights presented in the Year 4 Annual Report include:

Overall, thanks to the dedication of the local landowners and funding supplied, the native forests and wildlife of the area are going from strength to strength. Kiwi populations are slowly increasing and dispersing through the area, and the increasing reports of kaka and bellbird indicates all the hard work is paying off.

The Predator Free Whangarei project poised to get underway will help amplify existing efforts and boost the projects involved towards pest eradication.

You can download a full copy of the Kiwi Link Year 4 Annual Report here.

To get involved in the Kiwi Link CPCA, contact Ngaire Sullivan the Kiwi Coast Coordinator.