However, the timing of the stoat breeding season and a dry summer, can make conditions tougher for the second ‘batch’ of kiwi chicks. Far North Kiwi Coast Coordinator, Lesley Baigent, explains further: 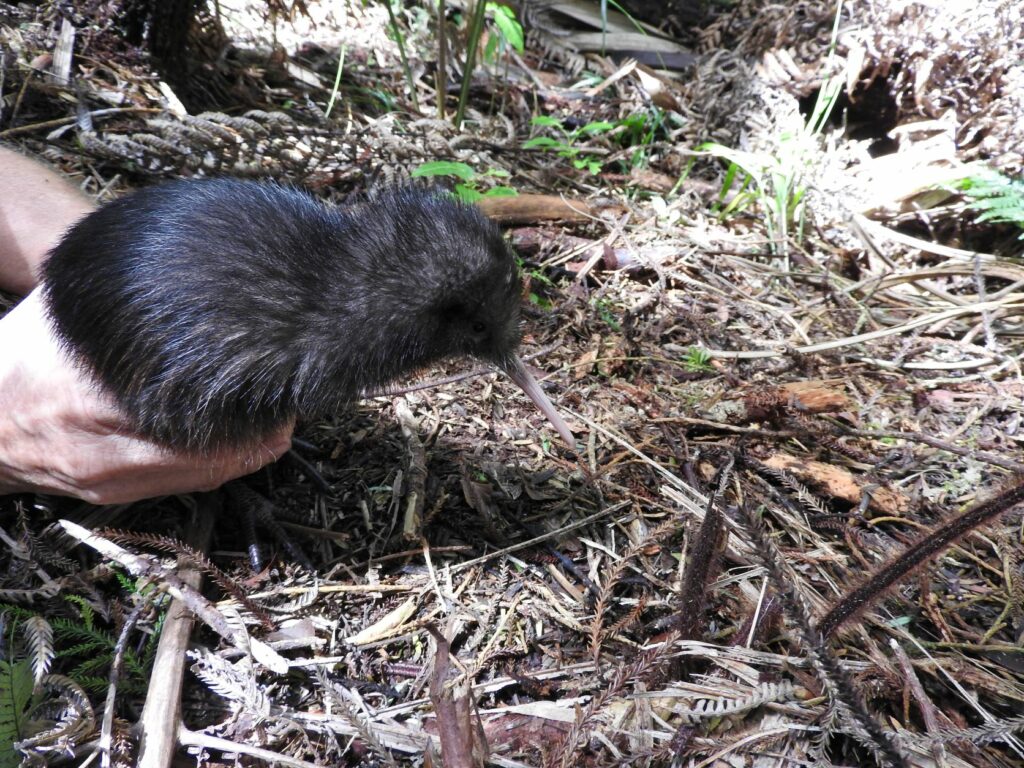 The second batch of wild kiwi chicks have been hatching in nests all over Northland during the last few weeks. This is a great sign suggesting adults were in good enough condition to be breeding three months ago. Despite having rain recently, the preceding dry weather has unfortunately not been kind to the chicks. The ground is still very hard, invertebrate numbers in the top soil layers are low and some water sources have dried up.

Stoat numbers are always higher around second clutch time as young kits have dispersed and this year feral cat numbers also seem high. Consequently, second clutch chicks can have a lower survival rate than their older siblings born in September-October.

Sustained predator control and good dog control is crucial to ensure that kiwi chicks have the best chance of survival in the face of Northland’s increasingly dry summers and more frequent droughts. 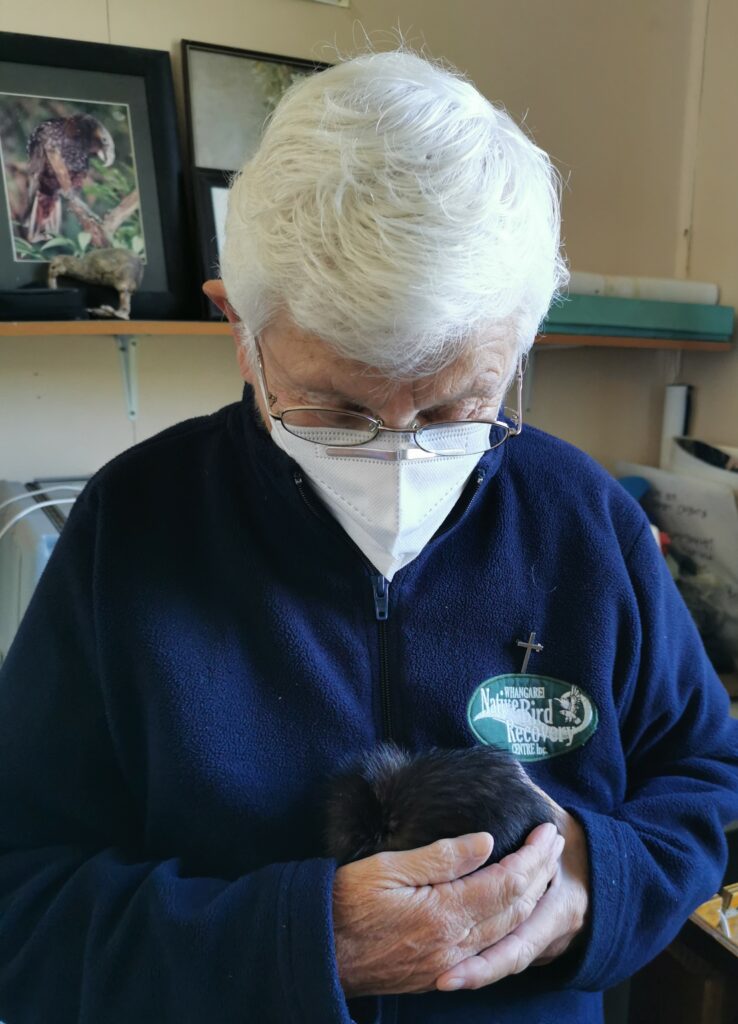 Wendy from NBRC with the rehabilitated kiwi chick

So far this season three chicks have been sent to the Whangarei Native Bird Recovery Centre (NBRC) for treatment. Dehydration and starvation can kill kiwi chicks quickly, so it is great local communities are looking out for these vulnerable guys and are acting fast.

Chicks are often out during the day and in some pretty unusual habitat but not all need help so do ask for advice before “rescuing” them.

The last chick was successfully released back into an intensively predator controlled area in the Mid North last week after six  nights in Whangarei where it was rehydrated and seen to be self feeding well.

Huge thanks Rob and crew at the WNBRC for successfully treating the chick and enabling it’s release back into the wild.

While we may never encounter that chick again, perhaps it’s call will be heard in future kiwi call count monitoring – adding it’s voice to the increasingly noisy Mid-North nights that tell us kiwi numbers continue to rise thanks to all the hard work going on in the area. 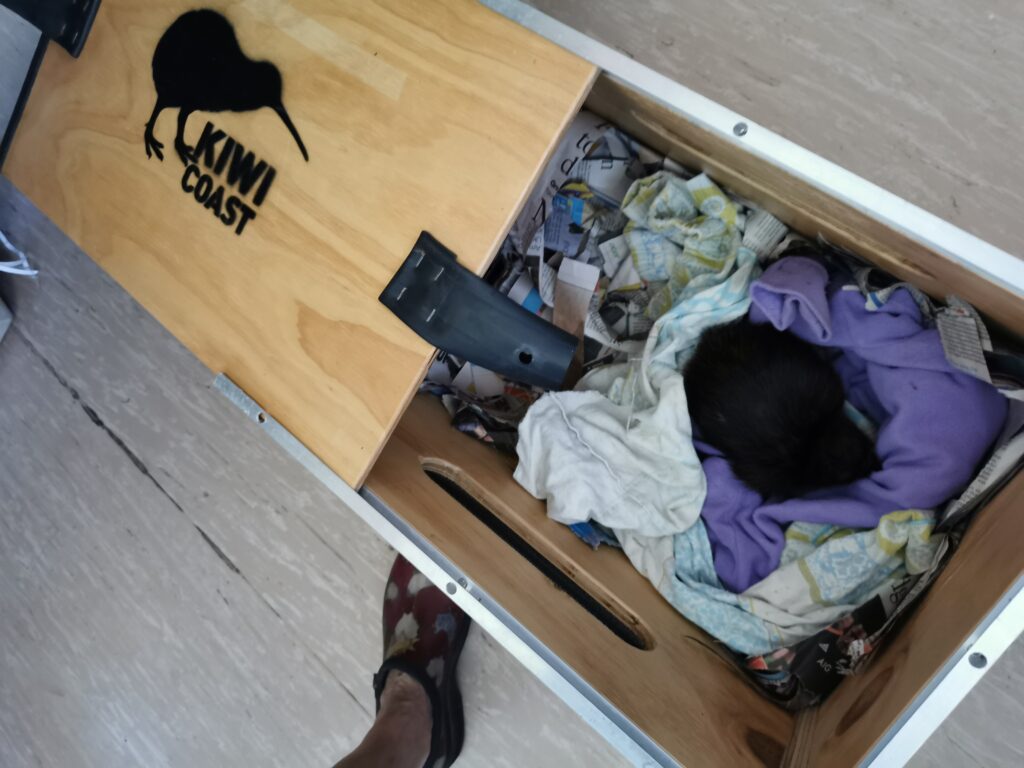