You are here: Home / Kiwi Coast News / First Kiwi Chicks of the Season!

The first kiwi chicks of the season are hatching! 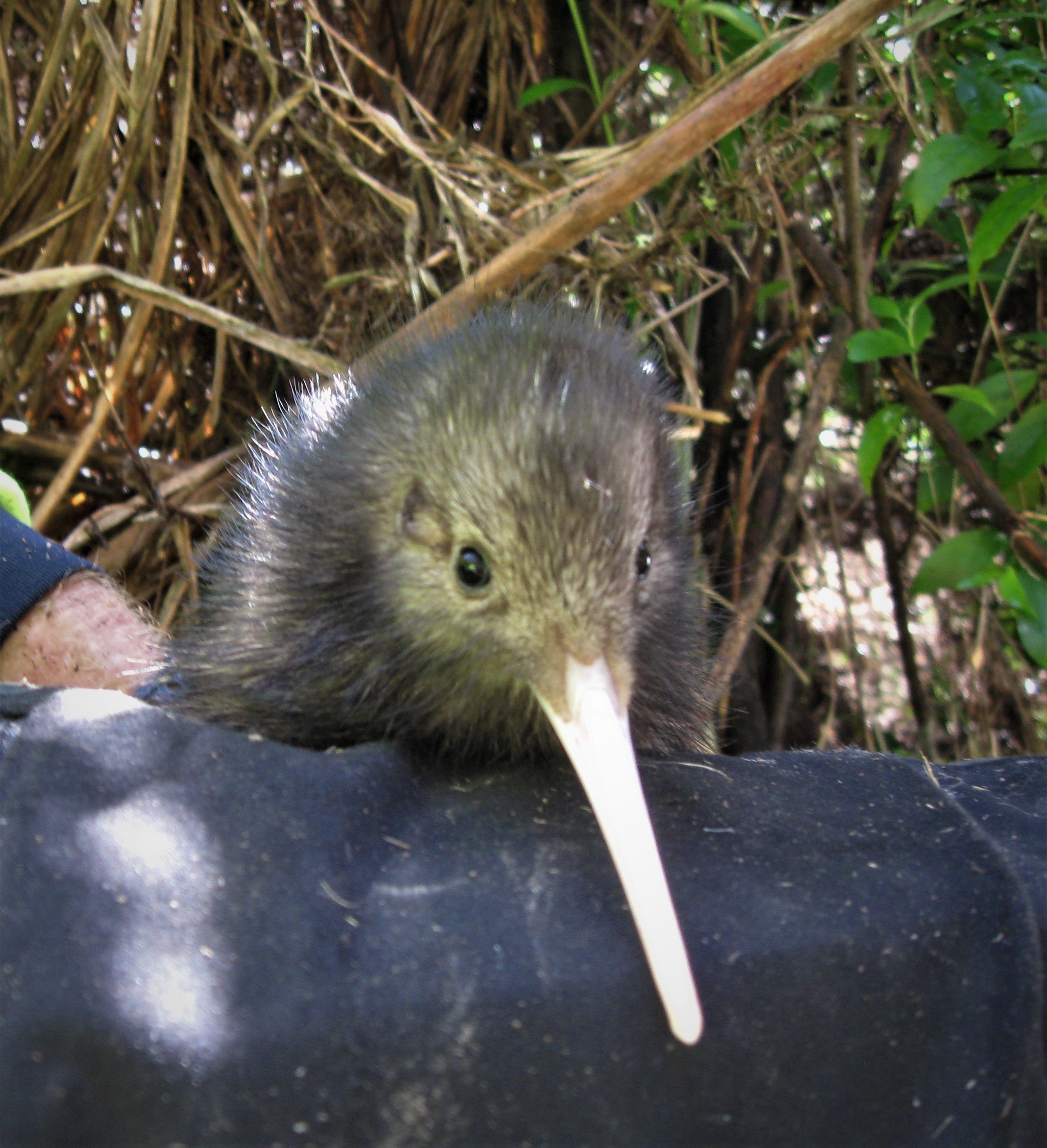 Kiwi nesting is in full swing all over the Kiwi Coast, and the first kiwi chicks are beginning to emerge from the nesting burrows – much to the relief of the incubating kiwi Dad’s! Kiwi incubate their eggs for longer than almost any other bird, averaging 70 nights of egg warming, turning, and protecting before the chicks emerge.

Todd sent in this photo of Wally’s chick, who apart from receiving a microchip for identification purposes, remains a wild chick within Backyard Kiwi’s 6,500 ha predator controlled area of the Whangarei Heads peninsula.

Todd said “This is our first known kiwi chick  of the season. As stoats kill 95% of kiwi chicks in unmanaged areas before they reach their first birthday, it’s thanks to the hard work of all those involved in Backyard Kiwi that our kiwi chicks can remain in the wild with every chance of surviving to adulthood.” 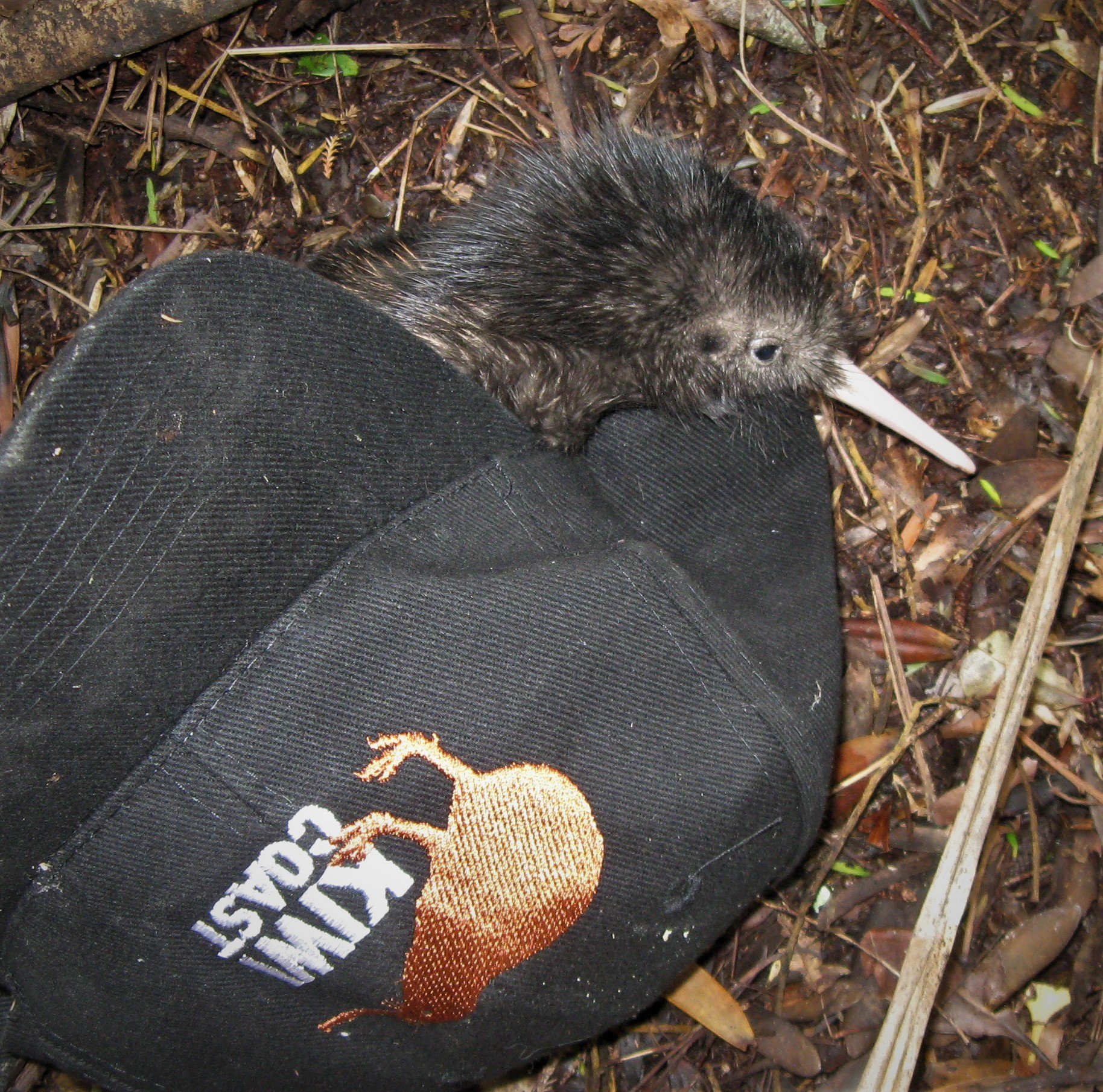 Jo Skyrme, ranger of the Matakohe-Limestone Island kiwi creche, was next in with this photo of Nanakia’s chick, which for now is only identified by its microchip number “LC2101”.

The chick will spend the next year or two on the island, until s/he reaches graduation weight of 1kg, when it will be named and released  into a predator controlled mainland area.

For Northland brown kiwi Dad’s however, incubation duty is not all over with the successful hatch of the first chick. Most Dad’s will be sitting on two eggs, and the incubation duty will continue for another few nights until the second one hatches.

One down, and one to go!