Marohi the kiwi’s fourth chick of the season has been named Tamiti, and is simply gorgeous. 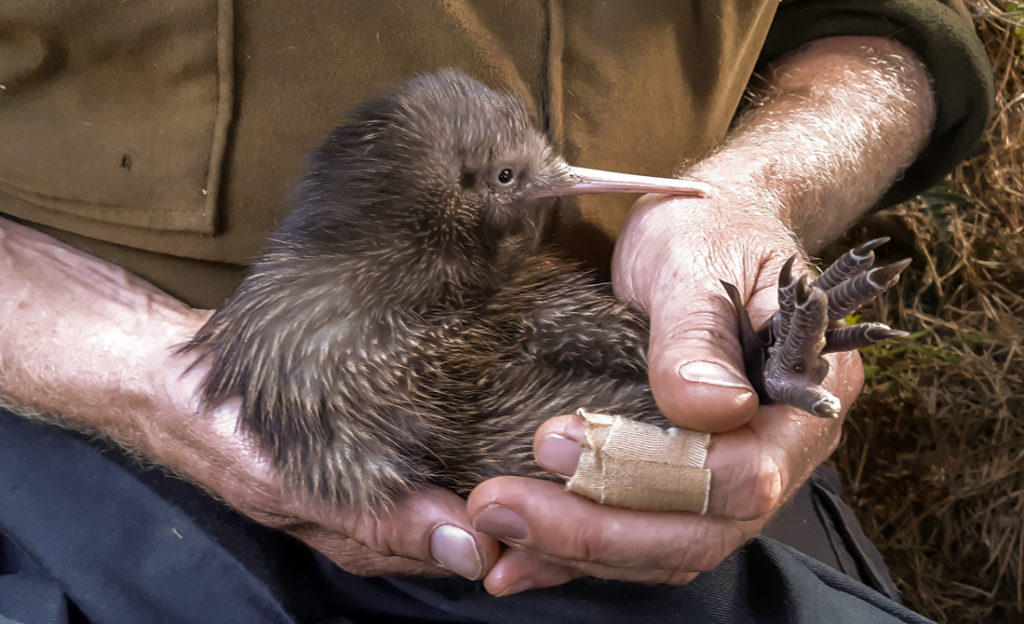 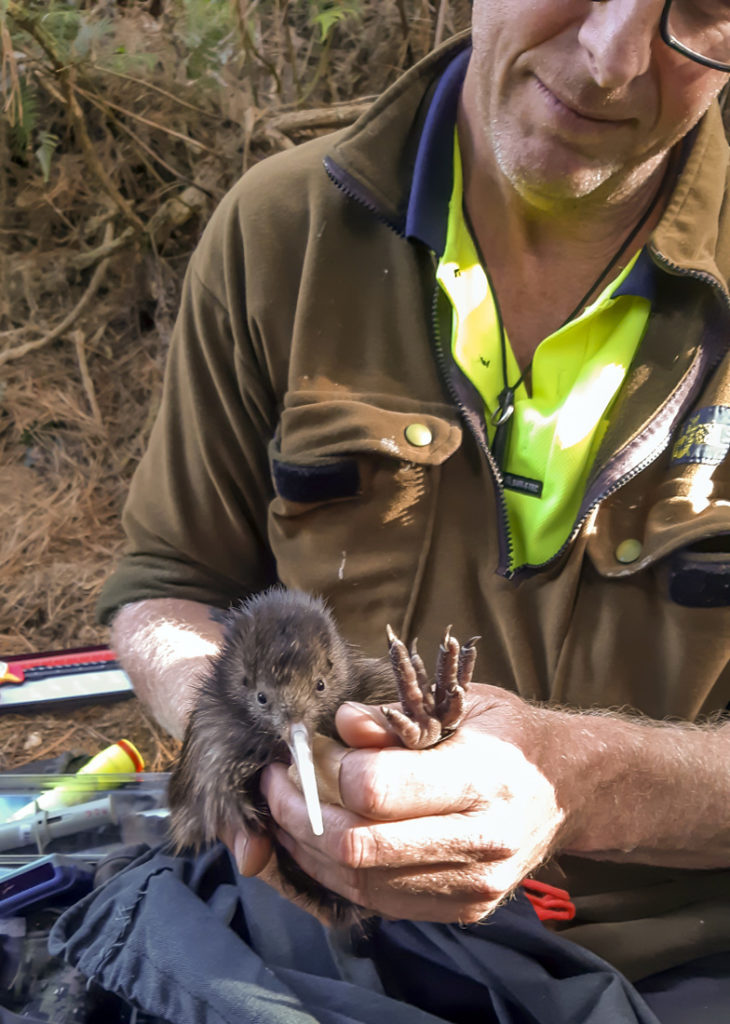 Tutukaka Landcare struck gold when changing Marohi’s transmitter in May. They discovered that Tamiti was still hanging out with his dad and so were able to catch him and fit him with a transponder.

“May got off to a cracking start with the help of Pete Graham (Accredited kiwi handler from Northland Regional Council) and a visit to Marohi in Rayonier’s Tutukaka Forest block. We had two objectives – enable kiwi tracker Nan Pullman to do Marohi’s six-monthly transmitter change, and if the last chick was still in the nest  – fit it with a transponder.

Marohi was cooperative as always and the chick, about a week old, looked absolutely gorgeous.  It was christened Tamiti by Bob Brooks, his son’s middle name.  Great effort by Marohi to produce two sets of two chicks between December and May in his first breeding season.”

Marohi is one of four kiwi monitored on the Tutukaka Coast that are part of Kiwi Coast’s  ‘Follow a Kiwi’ sponsorship program. This is open to everyone who wants to chip in to help kiwi, learn about what kiwi get up to in the wild and keep up to date with their adventures every month.

Marohi wears a transmitter on his leg that allows his movements to be monitored remotely. The info transmitted also lets us know his nightly hours of activity, if he is nesting, and when he has hatched his chick. Every six months Marohi is captured, given a health check and the transmitter changed before the batteries run out.

Northland brown kiwi don’t stay together in whanau groups. In a couple of weeks, Tamiti and Marohi will wander off on their separate ways and explore Tutukaka where they are well protected by Tutukaka Landcare and their 10,000 hectare network of predator traps.

Tamiti won’t wear a transmitter like his dad. Instead, Pete fitted Tamiti with a transponder chip that will let us know who he is should he ever be encountered again. 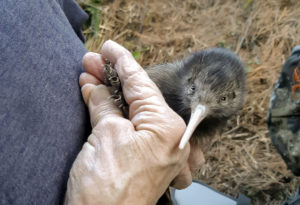 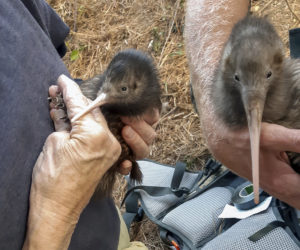