You are here: Home / Portfolio / Marohi the Kiwi 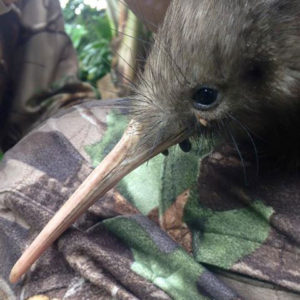 Marohi was  caught on 27/10/16 on Limestone Island. He had no transponder chip so is presumed to be island bred. His parents would have come from the Whangarei Kiwi Sanctuary in the Purua/Riponui area where the Department of Conservation carry out predator control on three reserves and surrounding farmland.

Marohi was less than a year old when released based on his weight and bill length. 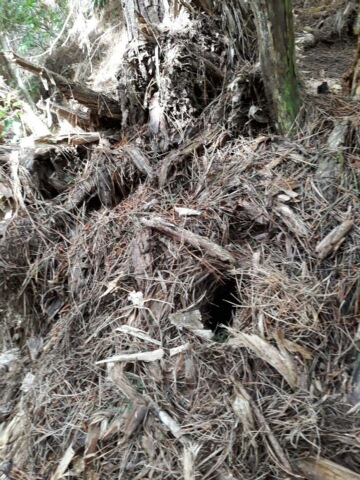 His nesting burrows do seem a bit quirky – he appears to prefer a DIY pampas-pine needle haystack arrangement over your traditional earth burrow. But hey – if it works for him it works for us!

Marohi is good at giving the tracking team a bit of a run around though! Every six months all of the monitored kiwi need to be caught to have a health check and get fresh batteries put in their transmitters. Here’s what happened one time:  Like Finding a Kiwi in a Haystack

When will Marohi nest again? Will we ever meet his mystery mate? Will we catch a glimpse of chicks again, or have they wandered far and wide?

You can become a kiwi sponsor and follow the life and adventures of Marohi by signing up to the Kiwi Coast ‘Follow a Kiwi’ Program.  As a Follow the Kiwi Sponsor you will receive news, updates, photos and event invites FIRST!