The Piroa-Brynderwyns Landcare Group have joined the growing number of community-led conservation projects finding that ‘keeping it local’ is the key to success. 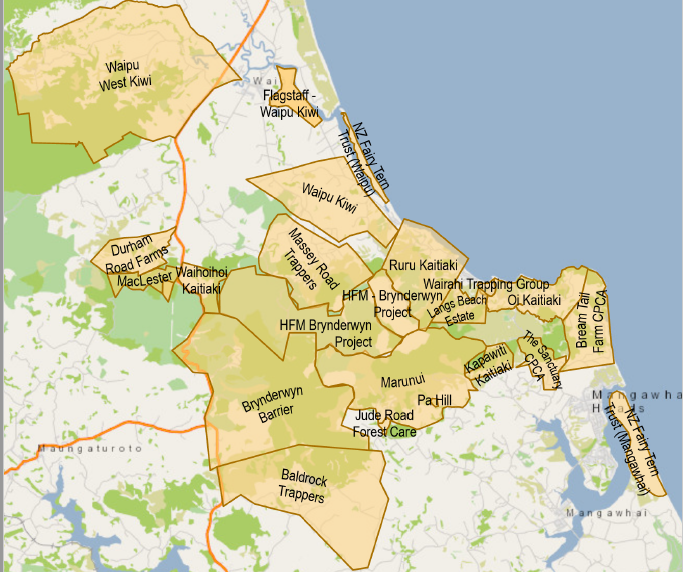 Landholders are helping to make this vision a reality by taking an active role in pest control in the region (and making friends along the way!).

For Innes and Tania Anderson and Jim Leslie, the choice to become involved with PBL was driven by their passion for New Zealand’s native birdlife and growing interest in kiwi regeneration. The heavy workloads and busy schedules of  farmers and large landholders can hinder the time they can give to pest control.

While time is also of the essence for Innes and Tania, support from neighbour, and Rookie Trapper of the Year 2020 winner,  Jim, has helped ensure consistency across the teams’ trapping lines, which they all say is essential.

To coordinate trapping efforts and keep track of results, Tania uses the Trap.nz app and website to record the combined number of pests that they have all removed from the property. So far, they have caught 1050 possums, 103 rats, 21 stoats, 11 feral cats and 7 weasels.

Connecting with PBL and likeminded people has been one of the most important steps in Innes, Tania and Jim’s pest control journey.

The partnership between neighbours has helped to boost community spirit, as well as pride and ownership over the initiative. 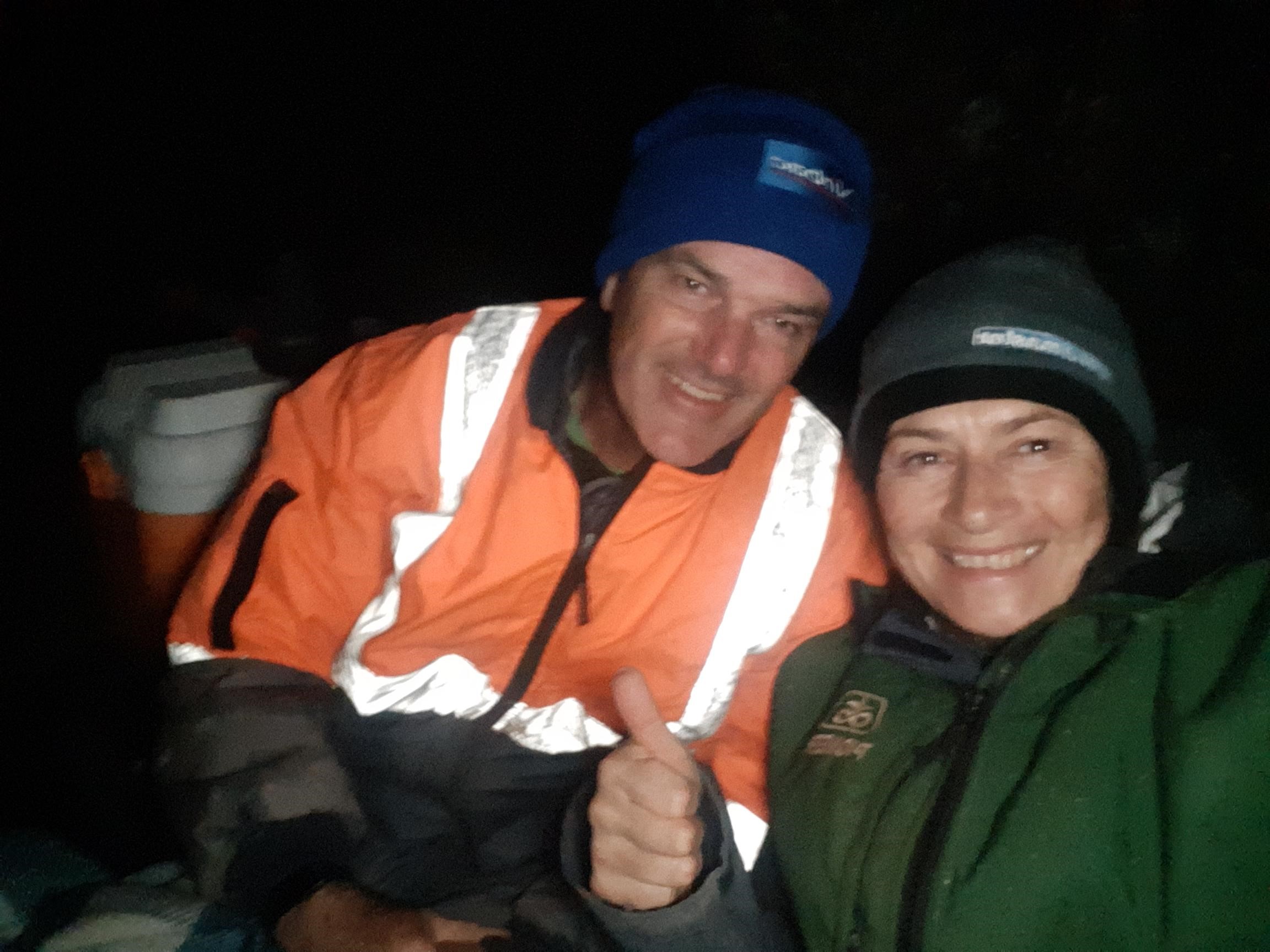 Innes and Tania during the 2021 Kiwi Listening Survey.

Innes and Jim say knowing where to start is often the most difficult piece of the pest control puzzle and encourage people to remember that conservation efforts don’t have to be big or overly complex.

They suggest starting with good dog control, and then getting farm dogs kiwi aversion trained as uncontrolled dogs are one of the largest threats to adult kiwi survival in the Brynderwyns.

Contacting local pest control organisations is also a great way to learn more about the threats in the region, or even getting involved in a community trapping day. As Jim says, “pest control is good for the soul”.

Recently Tania, Innes and Jim hosted a Kiwi Coast workshop for Baldrock Road landowners to learn how to identify kiwi calls and take part in the annual Northland Kiwi Call Count Survey. A new listening station was set up on the Anderson’s farm and amazingly kiwi were heard.

“That first kiwi call gave us goose bumps and made us realise that the all the hard work and effort is so worth it” says Tania.

Thanks to funding support from Northland Regional Council, Piroa Brynderwyns Landcare group has been able to work with landowners, professional and volunteer trappers to install a total of 1250 traps across the Brynderwyn range. If you would like more information or to get involved, please contact Graeme Giles 021 118 4816 or Peter Hunt 021 666 779 to find out what is happening in our area.