Piroa-Brynderwyns Landcare Group have significantly intensified and expanded their ‘Ring of Steel’ trapping network over the last year.

Piroa-Brynderwyns Landcare is a collective of a dozen community-led conservation projects that are working together to restore biodiversity in the Brynderwyn Hills range and surrounding area on the southern border of Northland. With a lot of hard work and resources provided through the Northland Regional Council High Value Area program, they have significantly intensified and expanded their trapping network – known as the ‘Ring of Steel’ – over the past year…

The outer ring of steel continues to expand with over 1,000 mustelid traps across the 20,000 hectares that now comprise the High Value Conservation Area known as Piroa-Brynderwyns. Deployment of new traps to areas further west along the Brynderwyn ridge towards SH1 has had high success with ferret, stoat and weasel catches. Tallies for the past 12 months exceed 500 pests, including 124 mustelids (stoats, ferrets and weasels).  Local sponsors Northpine and the Waipu Menzshed who built the traps, have helped to keep the costs down, and the Northland Regional Council funding to go further. 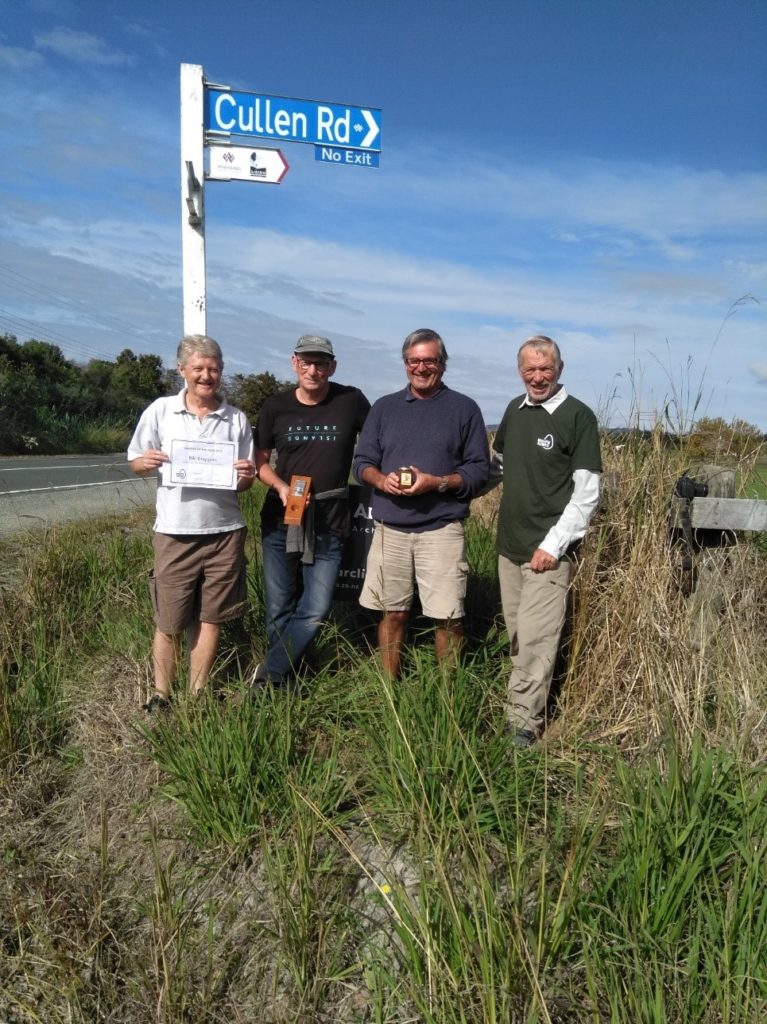 The annual TOTY (Trapper of the Year) awards are now a highlight of the Piroa-Brynderwyns trapping social calendar.

Winners of the supreme award for 2019 are Team Ruru Kaitiaki. The team’s tally for the year was over 80 predators, of which 28 were stoats and weasels.  To achieve this Ruru Kaitiaki run a 6km trap line and have diligently monitored their traps 18 times throughout the year; a level described as a gold standard for trapping.

Two further awards were added this year to acknowledge Weed Warrior and Myna Trapping success. These awards were won by John Hawley and Kennedy Garland/Lyn Davies.

These calls were heard at 2 new listening stations established just outside the Marunui Conservation area, with 4 newly trained listening volunteers. Kiwi have also been reported in the Piroa Gorge area, west of SH1.

A session on Kiwi avoidance training for dogs is to be held at Bream Tail Farm at the end of June with the focus on dogs owned by the farm’s residents and neighbouring Sanctuary residents.

The June meeting of Piroa-Brynderwyns Landcare group included a report card on the first year of funding from Northland Regional Council for this High Value Conservation Area. Overall progress has been sound in establishing a basis for growth and expansion of trapping and weed action, with lots of learning and idea sharing to help us through. 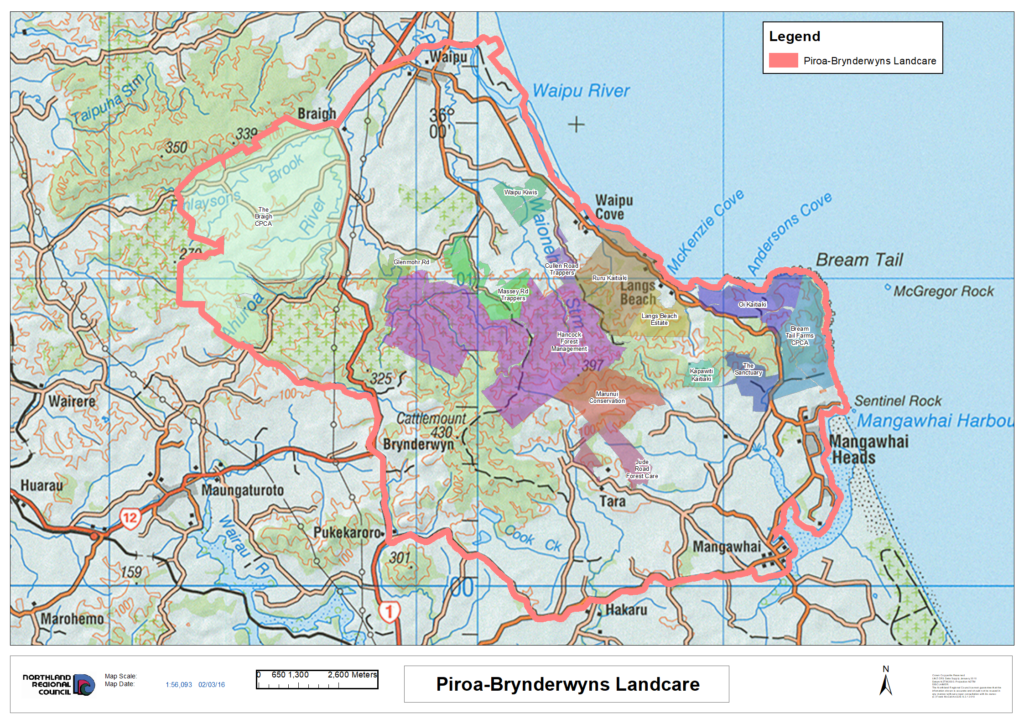 For more information on Piroa-Brynderwyns Landcare – have a read through of their Strategic Plan or contact Ngaire the Kiwi Coast Coordinator if you’d like to get involved with the project.