Another community-led project is up and running – a warm welcome to Waipu West Kiwis!

The group has immediately linked into Kiwi Coast to join the ever-growing cloak of protection and care extending throughout Northland as more and more people take up the charge of looking after their local area and helping native forests and wildlife thrive once again. 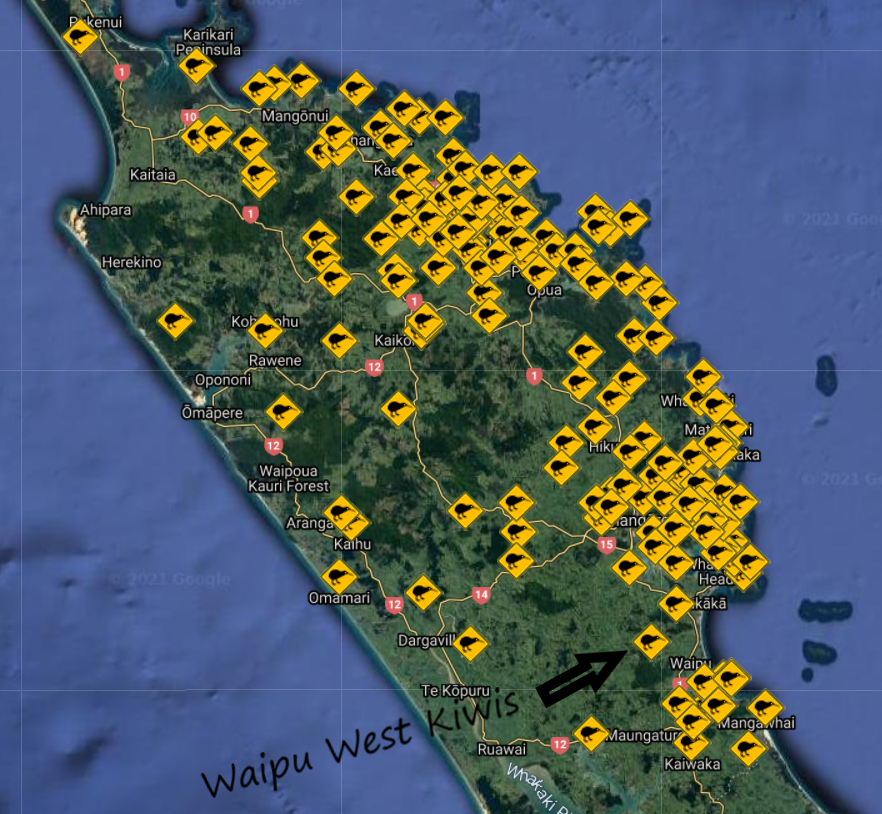 Kiwi Coast Coordinator Ngaire Sullivan said “If you are keen to get a local group up and running in your area, and would like help to do so, just get in touch. You don’t have to be on the coast, and you don’t have to have kiwi in your block. You might be more interested, in snails, lizards or rare plants – whatever your motivation is we’re keen to help.”

“Waipu West Kiwi” formed after 21 landowners gathered in on a chilly April evening in a local Waipu shed to talk about the need to coordinate and grow their pest control efforts. The landowners are keen to work together to clear out the pests, return birdsong to the area and look after the local kiwi that have been heard calling.

Kiwi Coast Southern Coordinator Amy Kirk helped the group to form and is assisting the group with drawing upon the New Group Start-Up Fund grant of $500.

A few tales of cheeky possums looking in through the windows,  stoats being seen running across the roads and kiwi calls piercing the night were shared during the meeting.

A number of locals had QEII covenanted areas or large patches of bush they wanted to look after better.  Some landowners had noticed a change in their bush with the individual efforts they were putting in. With a boost of support from Kiwi Coast and Northland Regional Council they can only imagine the changes they will see and hear in the near future.

Coordinator of the new group, Johno Wells, calculated there was roughly 650ha of land that would be involved, including lifestyle blocks, dairy farms, chicken farms and large bush blocks.

Now that word is out, more locals are keen to join the group too.

If you want to get involved in Waipu West Kiwi, or are keen to start your own group, contact Ngaire the Kiwi Coast Coordinator.