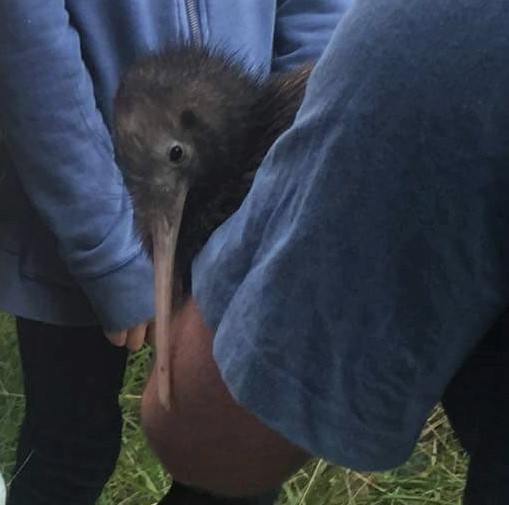 Ross the kiwi on his release day at Parua Bay

Kiwi that had hunkered down in damp valley’s since the drought have suddenly had to cope with flooding and huge slips. Following the movements of ten transmittered wild kiwi in the Whangarei Heads area gives an insight into how well kiwi coped with July’s 1-in- 500 year storm…

The July 17 storm that caused extensive flooding in Northland had its “epicentre” of rainfall intensity just north of the Whangarei Harbour.  After two very dry seasons our kiwi needed rain but not this much!  Flash flooding and slips meant the loss for many of our stoat traps especially in the valleys but more importantly the flooding was a serious threat to the kiwi themselves.

Backyard Kiwi has 10 monitored kiwi with radio transmitters in the Whangarei Heads and Parua Bay area so accredited kiwi handler Todd Hamilton got to work checking them after the storm.

The storm had certainly stirred the kiwi up and it was probably fortunate that the heaviest rain came in the evening when the kiwi were up and about rather than asleep. 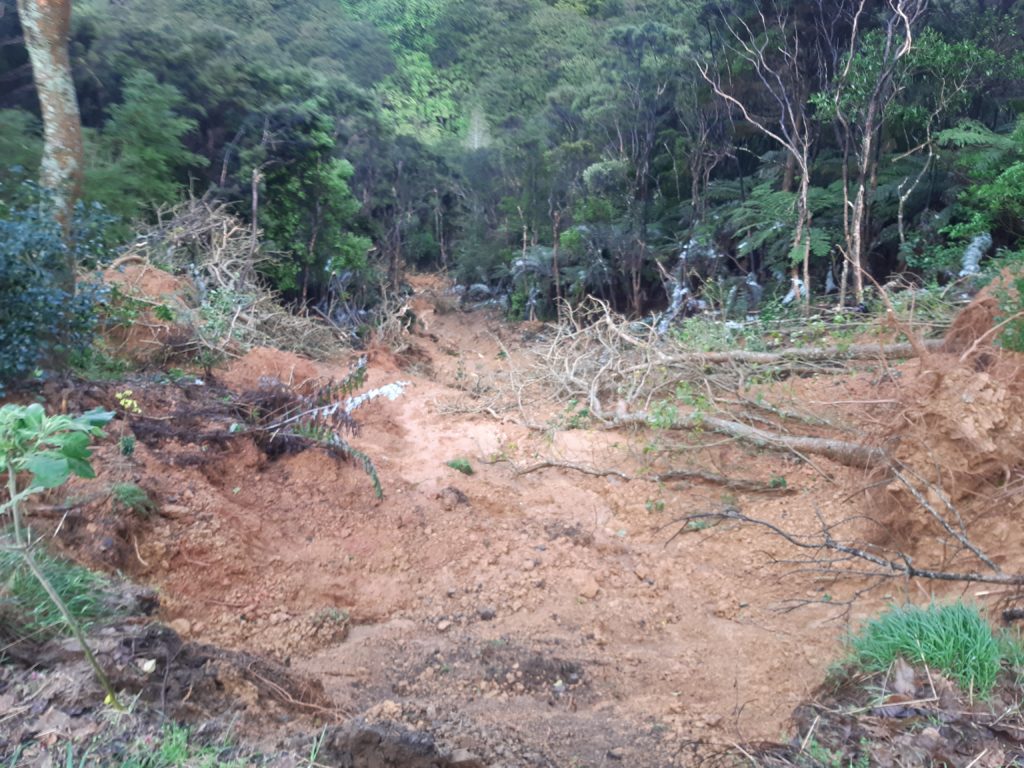 It quickly became clear that nine of the monitored kiwi had moved to higher ground after previously spending much of the drier weather in wetlands and stream valleys.

But there was no sign of Ross the kiwi in his usual area of the Pepi Road valley (between the Golf course and Parua Bay) and worse there was a major slip in his usual territory.

Todd searched wider and wider even checking for signals in the harbour in case his body was floating there. After two days it was with great relief that the “peep, peep, peep” of his radio transmitter was heard not in the harbour or deep in a flooded valley but two ridges inland safe and well!

He’d had some good luck but had sensibly, like the other monitored kiwi, made the most of it and headed for higher ground as presumably most of the 100s of unmonitored kiwi would have.

Approximately 50 kiwi out of the estimated 8,600 Northland kiwi population are monitored with transmitters across the region. Knowing how kiwi cope with extreme events and the large distances they can move when under pressure, helps us understand the need to provide safe habitat not just in places where we know we have kiwi, but in places they may need to move into quickly.

Continuing to support communities, iwi and hapu to sustain predator controlled areas and maintain good dog control so kiwi can move safely and survive is a top priority of Kiwi Coast.