2020 was a challenging year for some, but Russell Landcare stalwarts refused to be daunted and still achieved amazing results!

Project Coordinator Eion Harwood, reflects on the achievements to date and highlights of 2020:

Russell Landcare Trust’s “Russell Kiwi Protection” project has come a long way since starting in 2016. Over the last four years our project has grown to be the second largest area of habitat being protected from stoats, rats, and possums in the Far North. During 2020 we extended our pest control network and it now comprises:

It’s pleasing to see how well birds have responded to the intensive pest control.  For example, in our valley in Uruti Bay, we have had 11 successful tui chicks fledge and at least another four kiwi hatch in 2020.  In the Te Wahapu, Wairoro, Omata area the sound of the birds is definitely getting louder.  And of course, all the other creatures and plants in the forest will be doing amazingly well.

I am often approached by people who’ve lived in Russell for a very long time and they tell me how many more birds they’re seeing and hearing.  It was really special to have a long-time Russell resident report seeing kiwi for the first time ever.

Monitoring shows our kiwi population is growing each year, and we were delighted to put in a new ‘Kiwi Live Here’ sign at Orongo Bay. Analysis of footage from 15 trail cameras estimates 50 kiwi chicks each year are surviving into their second year.  This is a fantastic result and fantastic value for our conservation money.  Elsewhere in NZ where “Operation Nest Egg” is used, each chick costs $10,000-$20,000 to hatch, rear and release in captivity.

The next step is to aim for Predator Free Russell Peninsula.

This would require rat, possum and stoat control on an additional 2,000 hectares of forest on the Russell Peninsula. This might sound like an ambitious goal but Russell Kiwi Protection has the expertise to get it done – we just need the money!

The Virtual Fence:  Thanks to the landowners we have the opportunity to start the ‘virtual fence’ at Manawaora running across the neck of the Russell Peninsula.  All we need now is the funds to complete this.  The estimated cost will be $40,000 to $50,000. 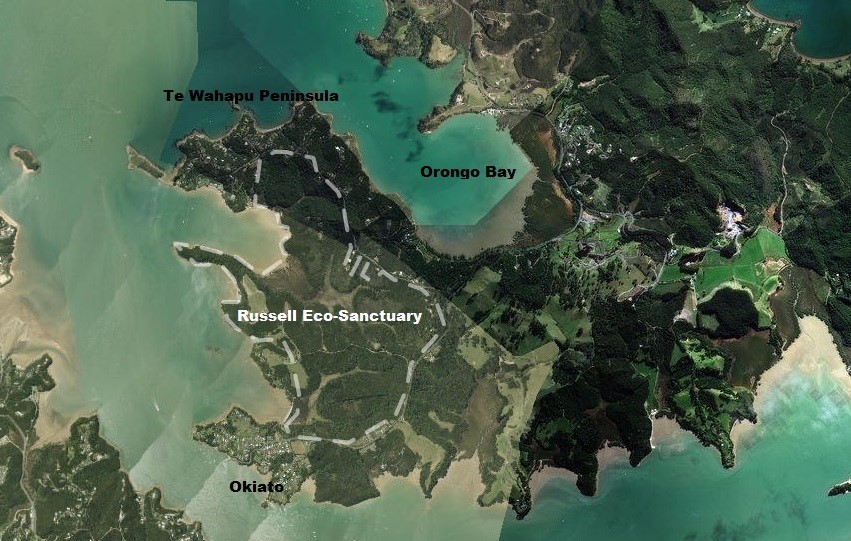 Within the Russell Peninsula we have established the Russell Eco-Sanctuary and carry out pest control over 200 hectares of forest and wetlands.  It’s habitat for many of the rare creatures found on Russell Peninsula: kiwi, weka, tui, tomtit, Australasian bittern (Matuku), Northland Gecko, Pacific Gecko’s and a very high number of fernbird (Matata).  The numbers of birds in this protected area are increasing and the antics between tui are fantastic to see and hear.  We are waiting for approval from FNDC for interpretation signs to be put up along the BOI Coastal walkway.  These will provide information about how special this area is.

One statistic worth mentioning is that the rat numbers in the Eco-Sanctuary are so low that in the past 4 months an average of only 5 rats have been caught in 281 traps.  This is less than 1 per 50 traps each month.  Fantastic for the birds, geckos, seedlings, and insects.

The official public launch of the Russell Eco Sanctuary was held at Omata Estate in March.  It was a great success, with contractors, volunteers, the landowners and the community enjoying guided walks and pizzas.

Enough money was raised at the launch to fund a feasibility study of potential species reintroductions. Dr Kevin Parker concluded that the Eco-Sanctuary is potentially a suitable location to release whiteheads (Popokatea).  Hopefully DOC can help us with this process which will be an incredible achievement for the Russell community and fantastic for the birds to have another place to thrive. This will cost approximately $20,000 – donations welcome! 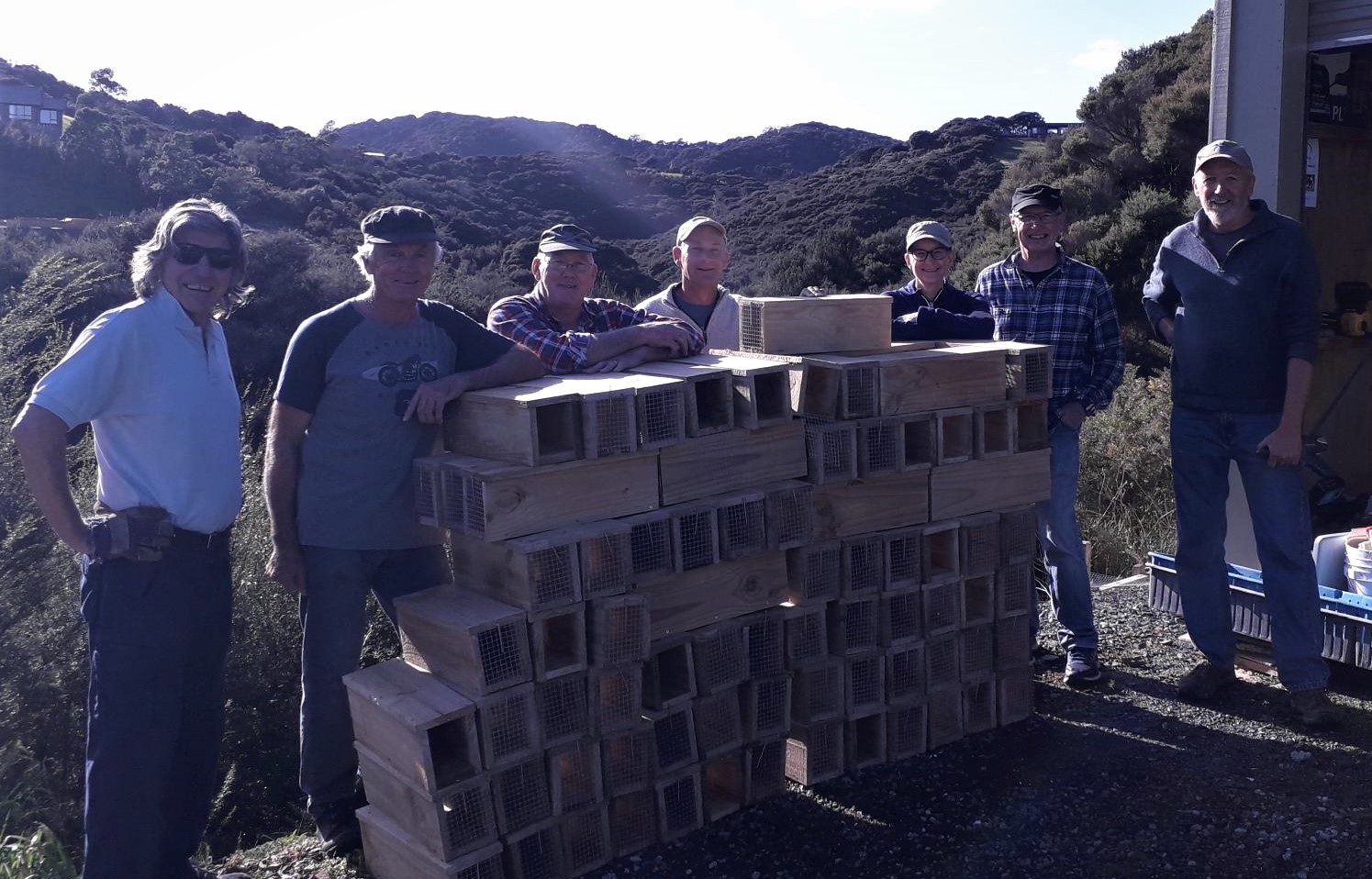 Russell Kiwi Protection is truly a community project and it wouldn’t be possible without the support of landowners (much of our work is on private land) and volunteers.  In 2020 our ranks have grown further and a massive “thanks” is due to Chris, Chris, Chris, Tony, Peter, Peter, Paul, Leanne, Lydia, Duncan, Jeff, Nik, Kristy, Ian, Dave, Harry, David, Margaret, Tom, Lindsay, John, John, Jacqui, Sue, Lisette, Natalie, Richard, Bryan and Bob for putting in heaps of hours in 2020.

We are also very grateful for all the private donations which add up to about $14,000 per year.  Thanks also to our key funders Kiwis for Kiwi and Northland Regional Council and Kiwi Coast for all their support.

If you would like to make a donation, find out more or get involved contact Eion Harwood on 021 1731130 or visit www.russellkiwi.org.nz