Kiwi Coast is working with Purerua hapū, communities, schools and landowners to clear out pests and restore rare native species to the peninsula. 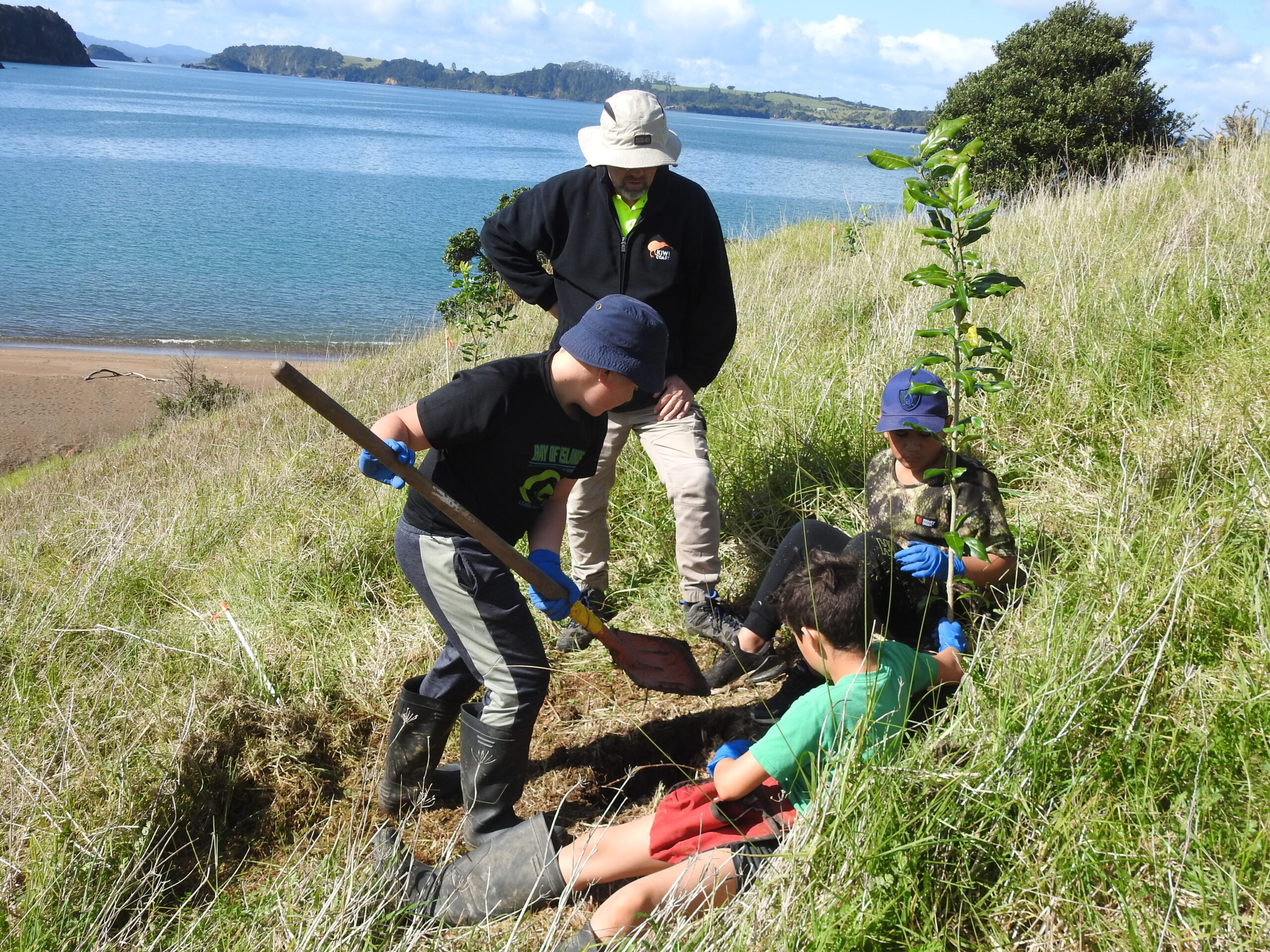 Andrew said: “Dedicated and sustained pest control work on the peninsula has resulted in a dramatic reduction of browsing animal pests. These pests had been slowly nibbling away favoured plants such as rare coastal maire till in some places, none remained. Thanks to the pest control efforts, the fencing of key areas by landowners, and skilled nursery work,  we can now begin to return some of what has been lost to Purerua.”

Coastal maire trees, grown in the nursery of Brett McKay of Hihi were planted by 10 students from the Bay of Islands International Academy, Te Tii, together with the Principal, Matua Chris Bell, Kiwi Coast’s Andrew Mentor, Pest Free Purerua trappers Mike Cadogan and Zane Wright and Tim Robinson and Caleb Scott from The Landing. 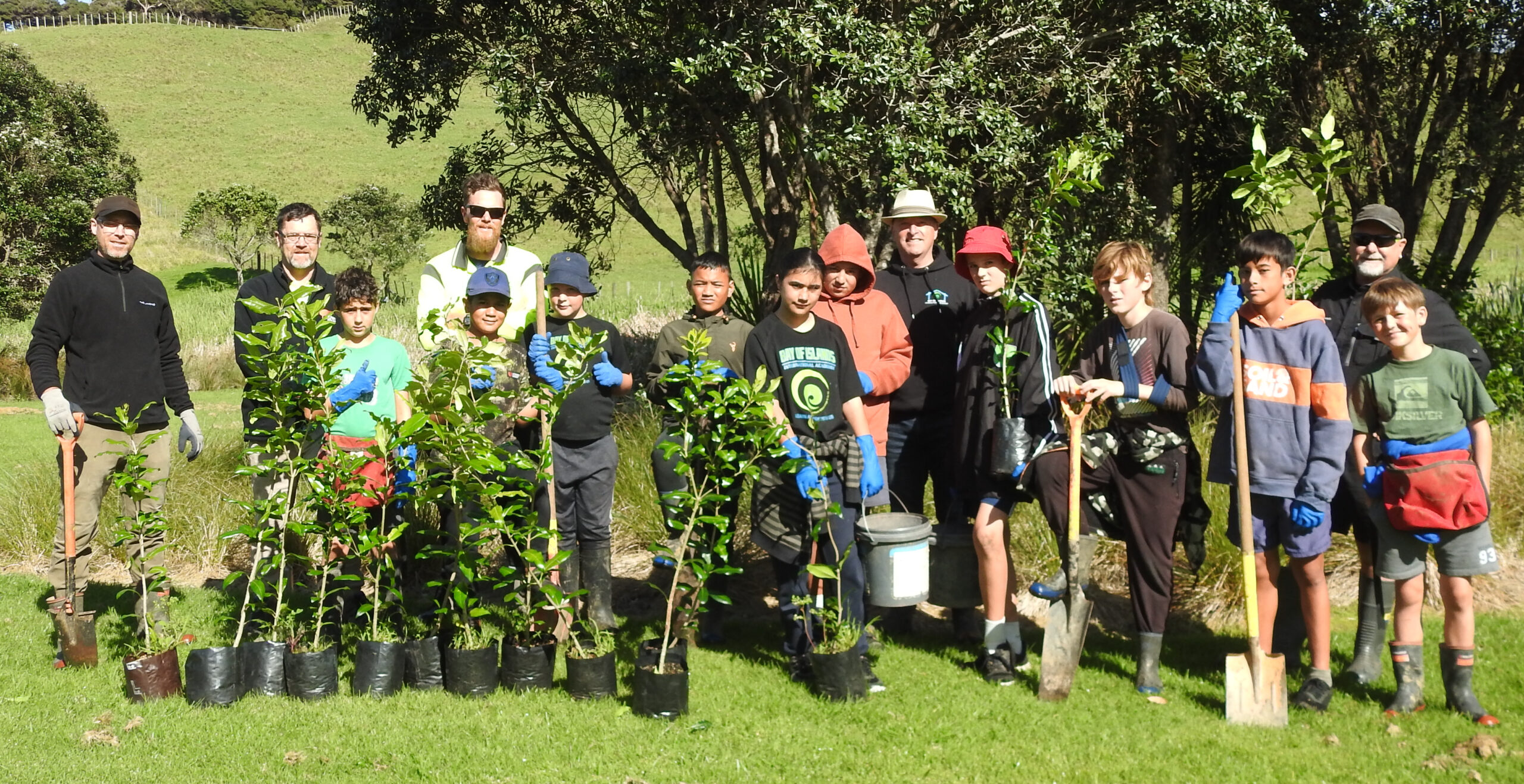 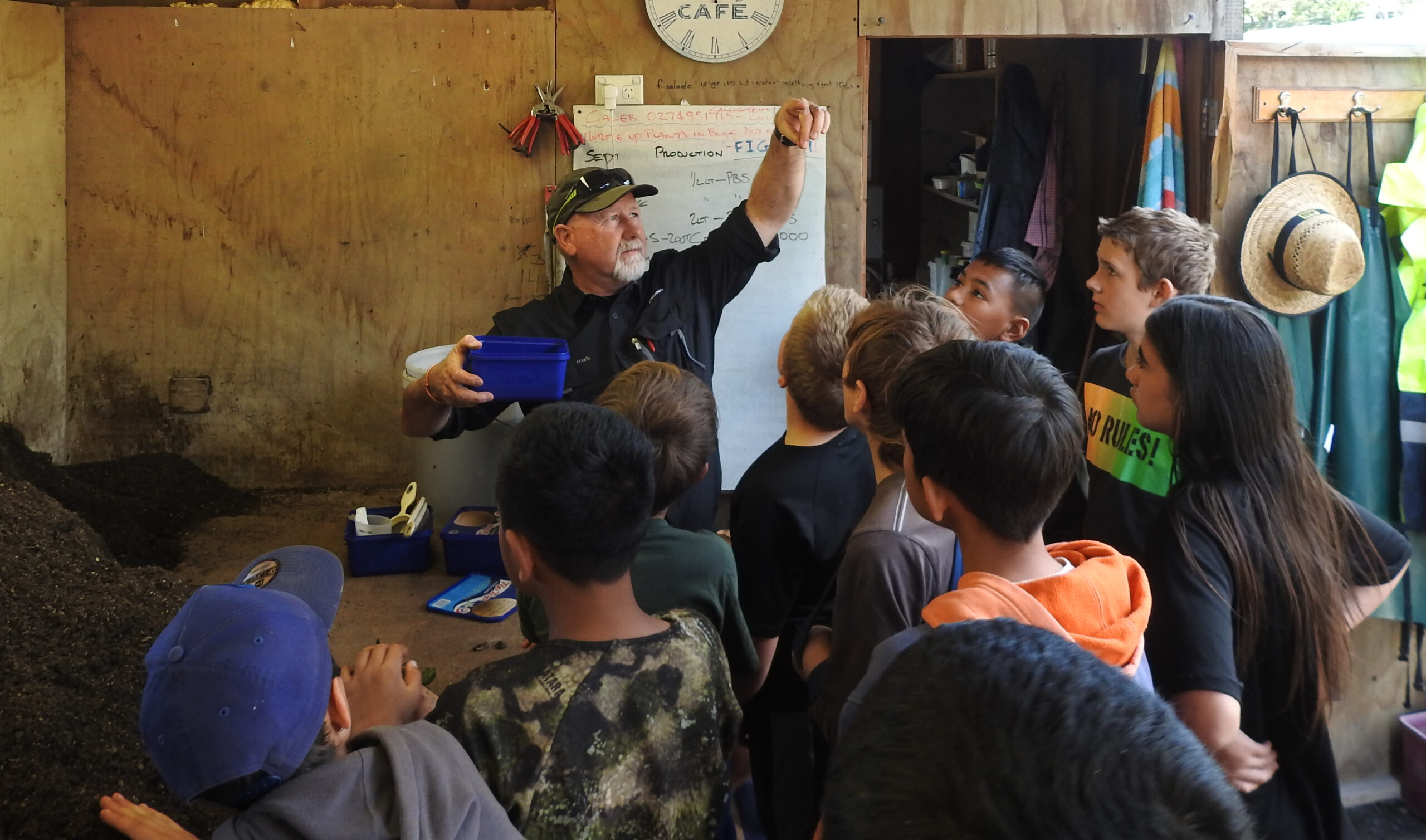 Caleb Scott from The Landing showing seeds to the students

The students enjoyed a full “outdoor classroom’ where after a tour of The Landing led by Tim Robinson and Caleb Scott, they gained first-hand practical experience in tree planting, nursery practice, pest control and ecology.

Andrew said the day was a significant milestone for all those involved in the Pest Free Purerua Peninsula Project.

“Coastal maire have been decimated on the Purerua Peninsula and wider Bay of Islands area by possum and goat browsing. Planting these trees helps to re-establish a key native bird food source, restore forest health and bring back diversity to Purerua.”

The Landing, Kiwi Coast and Bay of Islands International Academy have further plans to continue co-operating in planting, pest control and environmental care into the future.

Andrew concludes: “We have more projects in the pipeline to restore further rare species to the Purerua Peninsula. It’s exciting to see what can be done when we work together. We are very grateful to all those involved, including local hapū Ngāti Torehina and Ngāti Rēhia, and funders Save the Kiwi Trust, Northland Regional Council and Foundation North.”