The highest kiwi call rate ever recorded at a single site in NZ during kiwi call count surveys has been documented on the Purerua Peninsula in the Bay of Islands. 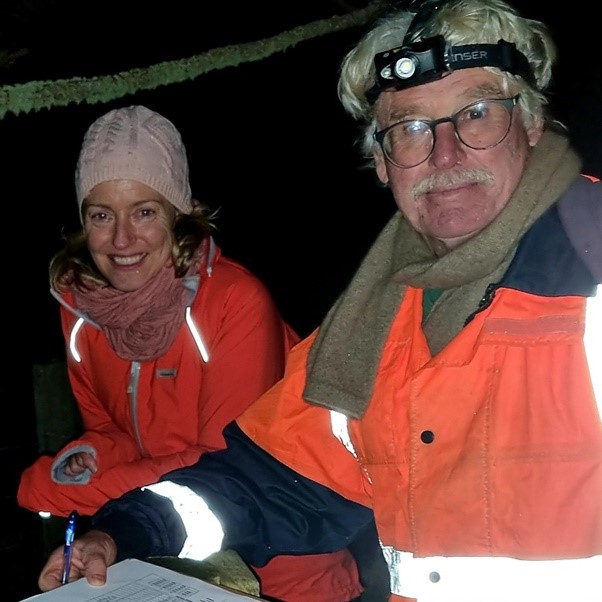 Retiring Department of Conservation Director General Lou Sanson said the 217 kiwi calls recorded at Mataka Station over two hours in May 2021 were to his knowledge the highest number since the kiwi call count survey was established.

Mr Sanson highlighted the record numbers in his Poroporoaki / farewell email as he stepped down from his DOC directorship this month.

He recounted going out just after dark to hear the calls: “As far as we know the highest number of calls recorded in New Zealand! This must have been similar to what our forests sounded like when the first Māori waka arrived in Aotearoa”.

Mr Chandler said the two conservation leaders had been astonished to hear for themselves an average of 108 calls per hour above Mataka Beach, “Mataka is proud that our predator control efforts are getting results.”

To put this in perspective Mid North Kiwi Coast coordinator Andrew Mentor explained that a site with over five calls per hour was regarded as a ‘high density’ kiwi site. Many areas of Northland are classed as ‘low density’ kiwi call sites where there are only one or two kiwi calls an hour.

Purerua had long been a high density site, with Kiwi Call Count data over the past decade recording kiwi call rates ranging from 10 – 40 calls per hour. However, Purerua kiwi had come under pressure from stoats, feral cats and uncontrolled dogs with numbers thought to be dropping. But recently intensified and coordinated pest control appeared to be bearing fruit, Andrew said.

In 2019, the local hapu Ngāti Rehia, Purerua landowners, schools, government agencies and Kiwi Coast banded together to form the Pest Free Purerua Project. Abandoned traps were replaced and pest control networks intensified. This year with Jobs for Nature funding via Kiwis for Kiwi, locals have been employed to further reduce pests and help the kiwi thrive again. 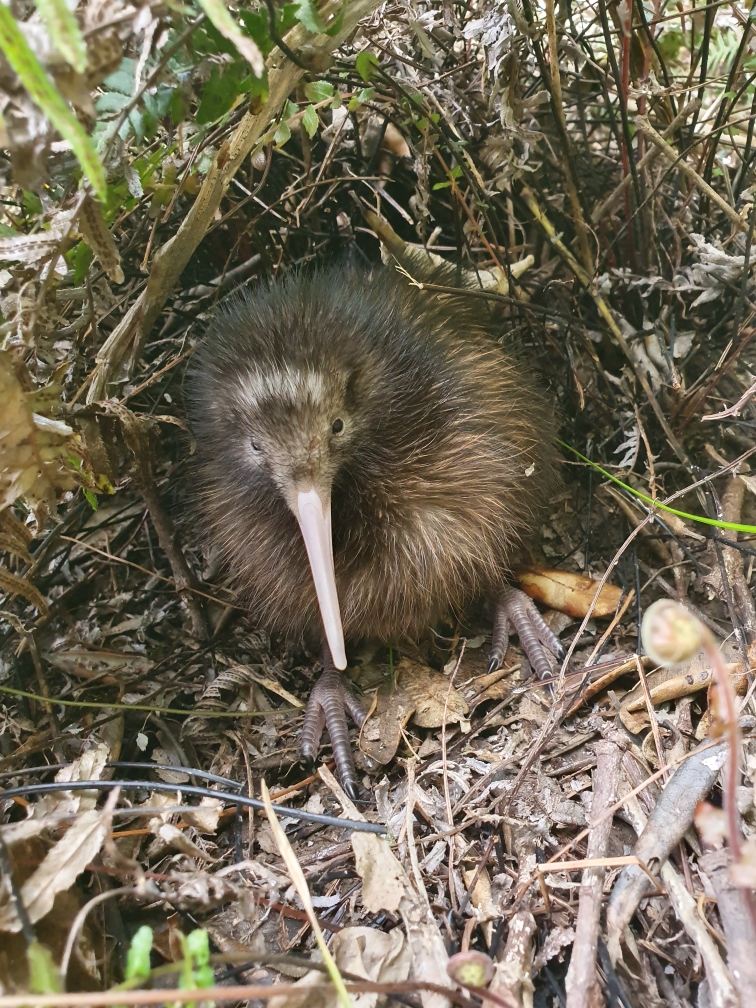 Tim Robinson, General Manager Operations at The Landing on the peninsula said Lou Sanson’s comments about his Purerua kiwi listening experience were a great testament to all the work that had been done over the years by conservationists, iwi and landowners: “The Pest Free Purerua project is the next chapter in this journey and we are thrilled to be part of it.”

New data from across the Purerua Peninsula suggests that kiwi numbers are trending upwards once more.

Kiwi Call Count Surveys reinstated at Mataka Station this year (4 call sites) and The Landing (2 call sites) show that kiwi call rates have increased considerably since data was last recorded in a period from 2008 – 2013.

At Marsden Cross, where Kiwi Call Count Surveys have been completed in most years, the 2021 survey recorded its highest call rate of 45 calls per hour.

Andrew said it had taken a huge amount of hard work to halt the loss of juvenile kiwi to stoats and cats and to reduce the danger to adult kiwi from dogs.

“Recording over 200 kiwi calls in two hours shows the dedicated efforts of the people of Purerua are paying off. But there is more work to do for the Purerua kiwi to truly thrive.”

The biggest risk now was complacency Andrew said:  “Over the last year alone, nine adult kiwi found dead on the peninsula have been linked to wandering dogs. Our challenge now is to improve responsible dog ownership to avoid any further unnecessary kiwi deaths”.

Tim Robinson agreed: “It has been suggested that Purerua’s large kiwi population may be due to the low tolerance that the sheep farmers have had for wandering dogs.”

However, sheep farming on the peninsula was declining as more houses were built.

“The challenge ahead is to ensure that newcomers to the peninsula are aware of the risk posed to kiwi by uncontrolled dogs and get on board with the Purerua project.”