Kiwi released in Pukenui Forest in April this year are doing well. There has also been some fantastic work done by volunteers weeding and planting at Whau Valley Dam over the last couple of months. 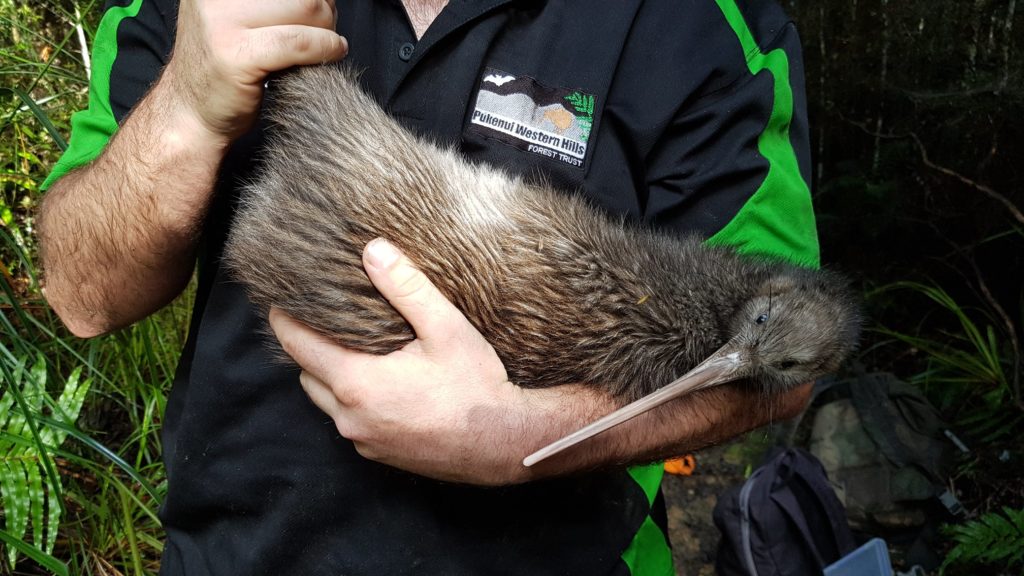 We have continued to monitor the kiwi closely this month and Waimarie is now on day 90ish of incubation so an egg should be hatching soon! Once again, we have been led on a wild goose chase by Muhammad whose signal has been extraordinarily difficult to trace! We had been detecting signal bounces quite literally everywhere in the forest as well as the outskirts. While we were certain he was in the forest, we never knew quite where he was and as a result didn’t get his data stream for the month of July. You’ll be happy to know however, we finally caught up with him just a few days ago! Muhammad is now near Whau Valley Dam where Kaitaki had been previously. The problem is now Kaitaki has moved, let the next wild goose chase begin…

We have also finally managed to catch up with Ella and Talha for their transmitter change/health checks. Ella was tightly huddled up in an old tree stump which made for a relatively easy catch once I managed to squeeze myself in there! She was looking healthy as ever and has put on a very respectable 500g in weight. She didn’t like been handled very much and seemed to stress fairly easily so we got her transmitter changed as quickly as possible and placed her back in her burrow to relax in peace!

Talha on the other hand was little trickier and in fact was quite cunning! We have had previous capture attempts on Talha and she has always been on high alert. This means she was always one step ahead of us and exceptionally difficult to catch in the thick bushes she has taken a liking to. Due to this we were quite pleased this time to find her in a burrow with no exit! However, just as we found the burrow it started pouring down. Because we can’t handle the kiwi in this weather we decided to wait until the weather settled down before attempting capture. Talha however had other plans. Just as the rain begun to clear,  a silhouette quickly moved from the direction of the burrow to an adjacent patch of kiekie. Ben and I waited patiently to see what she did next.

After about 5 mins or so she emerged from the bushes and out into the open. We saw her quietly creep around the corner from us and went to investigate. We noticed an old tree stump and thought that was surely where she had headed. As we headed toward the stump however, Ben noticed a few overturned leaves next to the smallest of tunnels and lo and behold there she was, squeezed into the smallest of gaps. With nowhere to run Ben caught her with ease which she was none too happy about! She too was looking healthy as can be and has gained an amazing 625g!

It’s been very quiet on the trapping front this month with only a handful of rats caught within the forest and one stoat which was caught on the buffer. Disturbingly however, three ferrets have been caught in as many weeks near Pukenui by Haemish Reid from the Millington bush crew. This is a very real concern as ferrets have the potential to kill not only the kiwi chicks but the adults as well. It’s well known that a single ferret has the potential to jeopardize an entire kiwi population which has us more than a little worried about our feathered friends.

These three ferrets were all caught in a single live capture trap which is known to be more effective than DOC 250 traps, which we are currently using for ferrets. Live capture traps however are not really an option for us as we would have to check them daily which as you can imagine would be quite taxing. Our other trapping options are making our current DOC 250 traps more accessible for the ferrets (if possible) or putting a few Fenn traps into the system. We are currently working on this with Rolf Fuchs and the crew from NRC to make
sure our defences are up to scratch.

Here are some photos from our recent weeding and planting days… 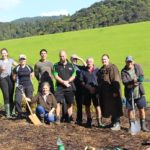 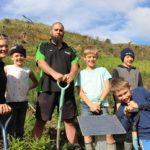 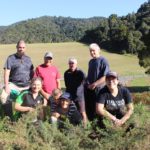 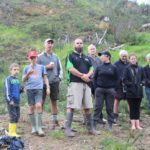