Kiwi numbers have increased at Pataua North thanks to dedicated efforts of the local community. 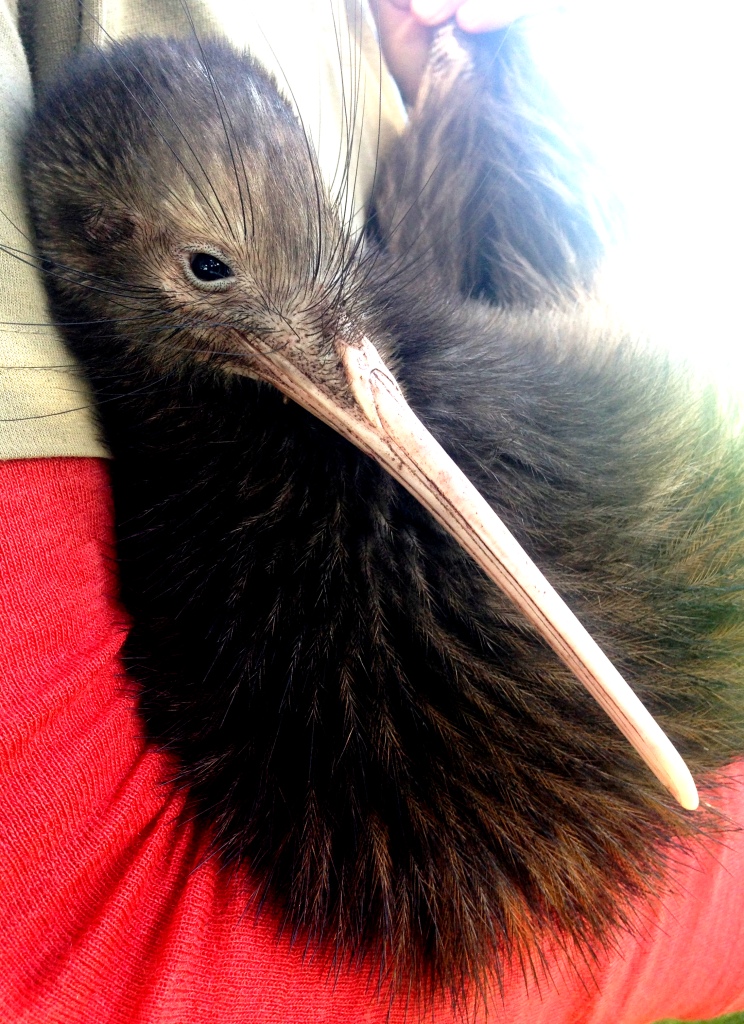 Pataua North Landcare boosted their kiwi numbers on Sunday, releasing a further three kiwi into their 800ha predator controlled area. These join the ten kiwi released earlier in May – some of which are already nesting.

The new kiwi – Piper, Quincy and Gail – entranced the 187 people who gathered to see the wild kiwi up close for a few precious moments before they were released. The trio were released close to the Pataua North village where a kiwi named Brian has taken up residence, in the hope he will pair up with Piper or Gail and give up his bachelor lifestyle.

John Craig from Pataua North Landcare says “We are absolutely thrilled to bring three more kiwi into our growing kiwi population. It’s a dream come true to see our local kiwi thriving and beginning to breed.”

The three kiwi grew up in the Northland kiwi crèche on Matakohe-Limestone Island in the Whangarei Harbour, so are well used to coastal surroundings. Kiwi graduate from the crèche once they have reached a weight of around 1kg, and can fight off stoats which kill 95% of kiwi chicks before they reach their first birthday in non-predator controlled areas.

Todd Hamilton from Backyard Kiwi who helped organise the kiwi release was up at dawn on Sunday with Matakohe-Limestone Island Ranger, Emma Craig to catch the three kiwi. Todd told the story of how Piper the kiwi got her name: 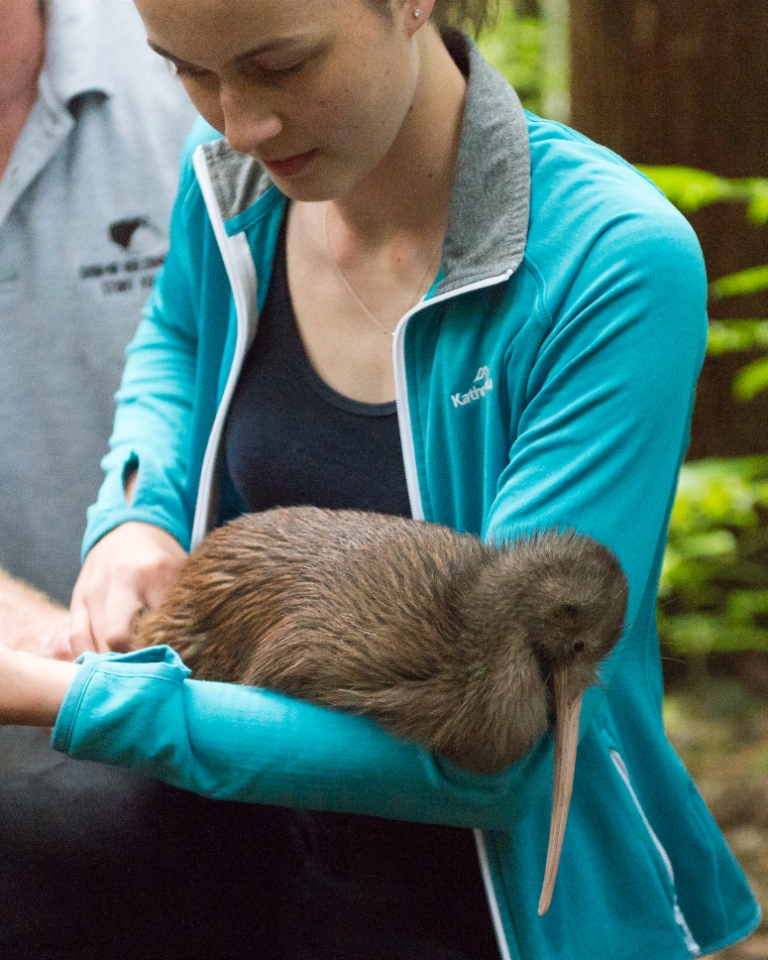 Piper Mortimer with Piper the kiwi!

“Piper the kiwi is named after Piper Mortimer, who is part of the Lovell family, from whose farm the kiwi chick came from.”  Piper was present and helped release her namesake into her new location.

With 800ha of predator controlled area to roam, the kiwi will be closely monitored by trained locals using radio tracking equipment as they explore their new home.

However, there won’t be too much concern if the three new arrivals wander out of the Pataua North area, as neighbouring communities at Taheke, Whareora and Parua Bay have established their own predator controlled areas with support from the Kiwi Coast and Northland Regional Council.

Kiwi Coast Coordinator Ngaire Tyson says “Together we are helping the community-led projects from Bream Head to Whananaki connect, infill and expand their trapping networks so they can link up into one giant predator controlled network. These kiwi should be safe to roam and enjoy long lives in the safe hands of their local communities.”

The Pataua North Landcare Group formed in 2009 to work with the Northland Regional Council to initiate pest control over approximately 800ha. This involved the coordinated and cooperative involvement of 20 landowners with more than 2ha sections. The pest control has continued ever since with extra protection provided by the community’s adoption of a responsible pet ownership policy.

Pataua North Landcare are grateful to all those who have funded and resourced work to date including Northland Regional Council, Kiwi Coast, Kiwis for Kiwi, QEII National Trust, Tahi Estate, Oxford Trust and generous local sponsors, including Frank HQ who named Brian and Gail.

The Department of Conservation has approved the release of a total of 40 kiwi over the next 5 years at Pataua North.

To find out about the next kiwi release event being planned or to find out how to look after your local kiwi contact Kiwi Coast Coordinator, Ngaire Tyson.