Parua Bay School students have had the rare privilege of meeting and naming a wild kiwi as part of the school’s 150th Year Celebrations. 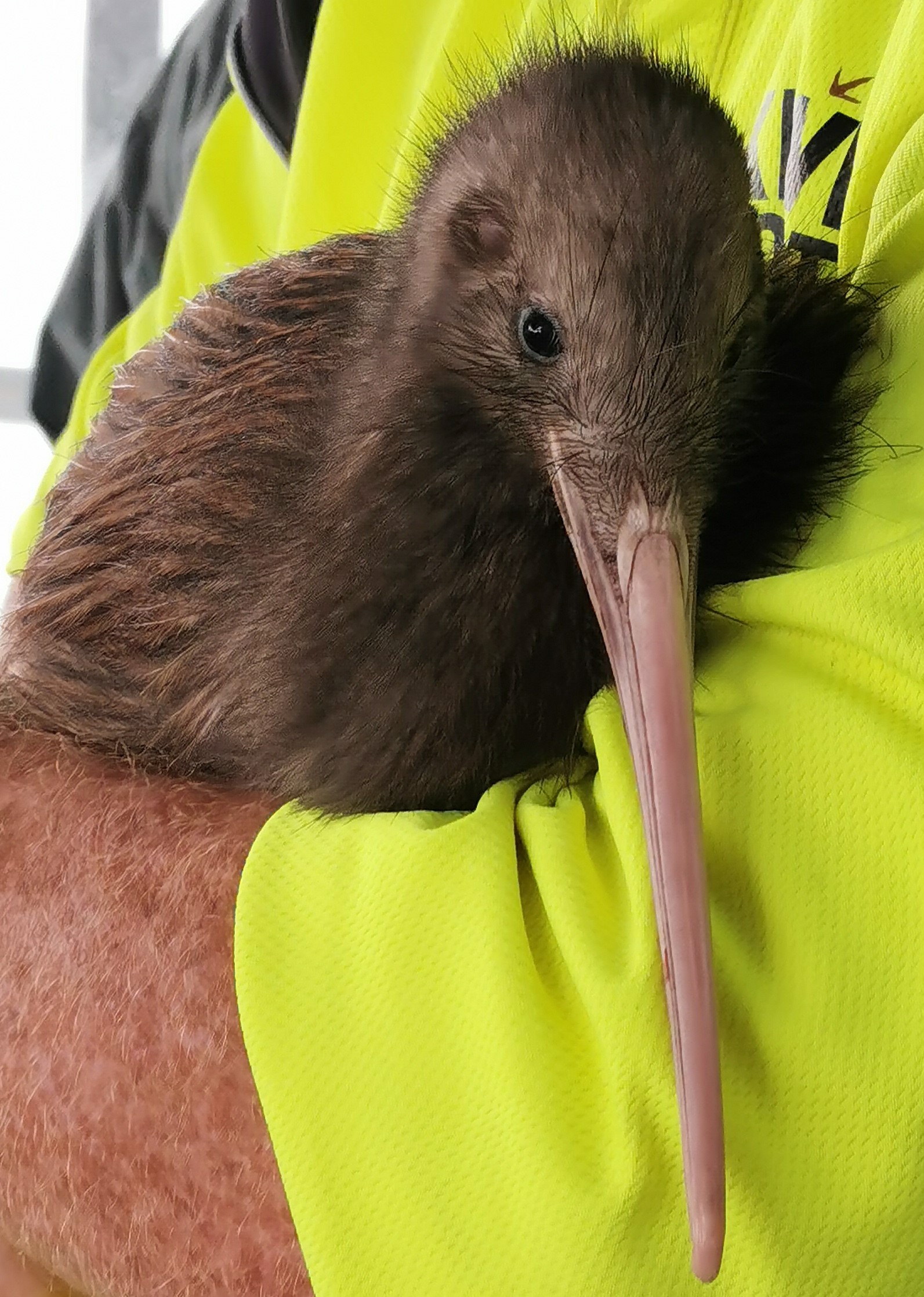 Todd Hamilton from the Whangarei Heads group Backyard Kiwi brought the young female named Hope into the school for the educational encounter.

After the special assembly she was released nearby into an area kept safe by the Backyard Kiwi community project with support from Kiwi Coast and the Northland Regional Council.

Parua Bay School Principal Mark Ashcroft said it was incredible for the students to meet a live kiwi up close.

“To find out what we all need to do to help kiwi flourish in our area is really important,” he said.  “Very few schools have kiwi living in their neighbourhoods, we consider ourselves very privileged.”

Hope was given her name by student Daniella Hanekom who said she felt “happy” and “amazed” to meet Hope, and that she looked “really cool!”

Backyard Kiwi Project Manager and Accredited Kiwi Handler, Todd Hamilton, held Hope as she met 130 students who had been carefully schooled to keep calm and quiet as the wild kiwi was introduced to her future protectors.

Earlier, the students had learned how kiwi were now thriving once again at Whangarei Heads thanks to over two decades of dedicated community-led kiwi recovery.

Mr Hamilton said “As a community we learnt the hard way that if we did not remove the stoats with quality trapping and careful pulses of 1080, or control our dogs, that kiwi died.”

Thousands of kiwi would have once roamed the Whangarei Heads area, he said.

Selecting a mate, finding something to eat and avoiding hungry Haast eagles would have been the only things they had to worry about. But people, stoats and uncontrolled dogs changed all that. 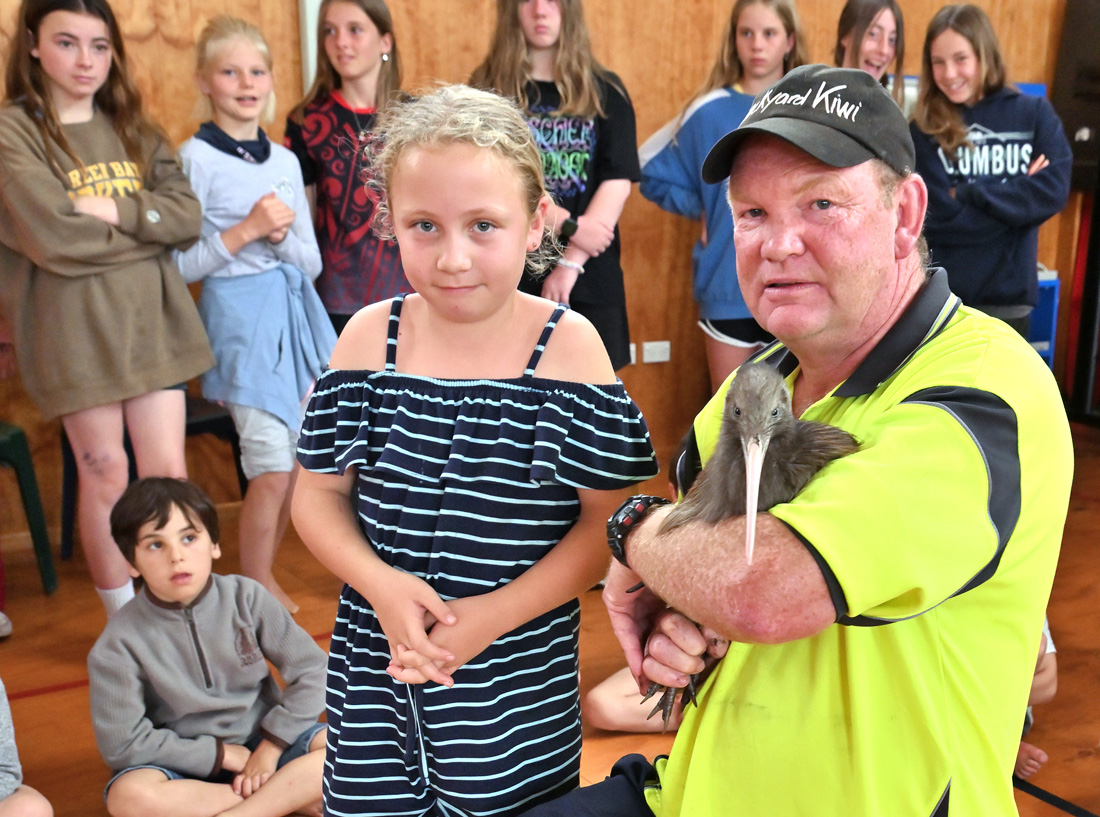 “Twenty years ago the local kiwi had dwindled to just 80 birds. But, thanks to a community committed to pest control and dedicated dog owners, we now have an estimated 1130 kiwi!”

Students got close enough to Hope to see special kiwi features like big fighting claws, large ear holes and whisker-like feathers above her bill. The distinctive kiwi smell, so attractive to dogs, was also evident, from Todd’s hands and Hope’s transport box.

Year 7 student Tora Meki said it meant the world to her to meet a real, live, wild kiwi.  “I loved her colours – she smelt really weird! I understand now how dogs can find them so easily.”

Tora’s message to anyone living with kiwi in their area was:

“Keep your dogs tied up at all times – and when you are out and about with them, keep a close eye on them all the time so they don’t get a kiwi.”

For some of the students, it was not their first encounter with local wild kiwi. Hannah Kelly shared how when camping on their Owhiwa property they could hear the kiwi screeching through the night and one even brushed up against the tent.

“But now I have actually met one up close I’m keen to help look after them. We’ll be getting some stoat traps for our place.” 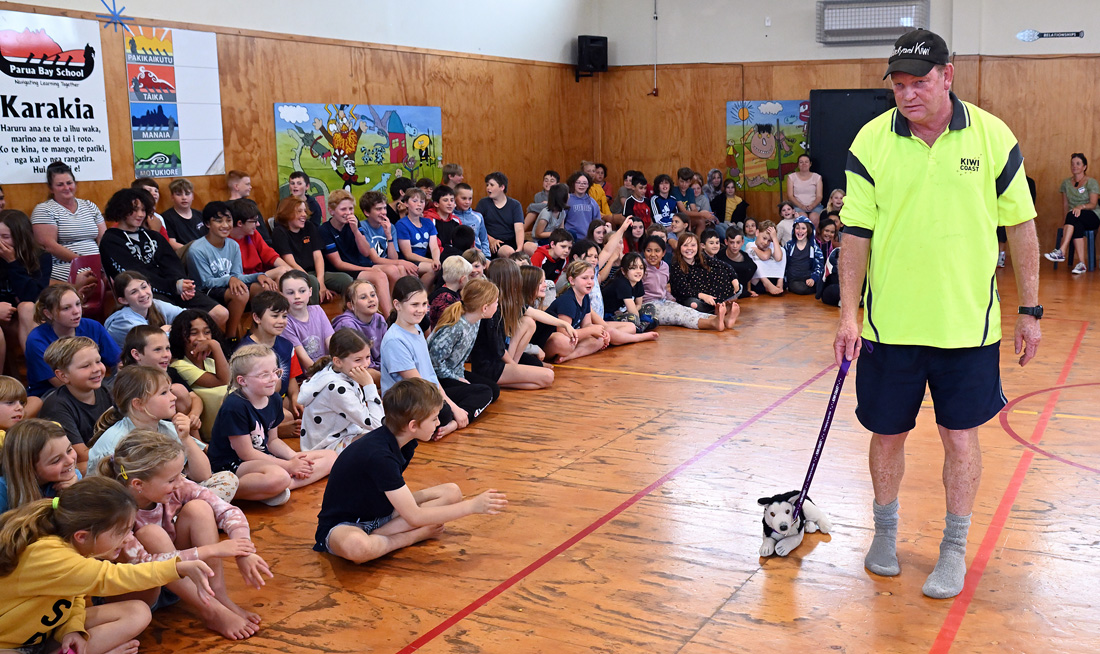 Hope, a two-year old female Northland brown kiwi, is the most recent graduate of the Matakohe-Limestone Island kiwi creche in Whangarei Harbour, managed by the Friends of Matakohe-Limestone Island (FOMLI).  She had been transferred to the island from the Lovells’ Purua farm property back in 2020.  The gift of this kiwi, and others, from Purua landowners and Ngati Hine is greatly appreciated by Backyard Kiwi and the Parua Bay community.

A special Whakawaatea performed by Te Parawhau kaumatua Fred Tito, welcomed Hope back to the mainland earlier in the morning.

“We are close to the milestone of the 200th kiwi to graduate from the island creche” said Matua Fred. “We regard kiwi as our elder siblings. Each kiwi returned to the mainland gives us hope that we can all work together to make things better again.”