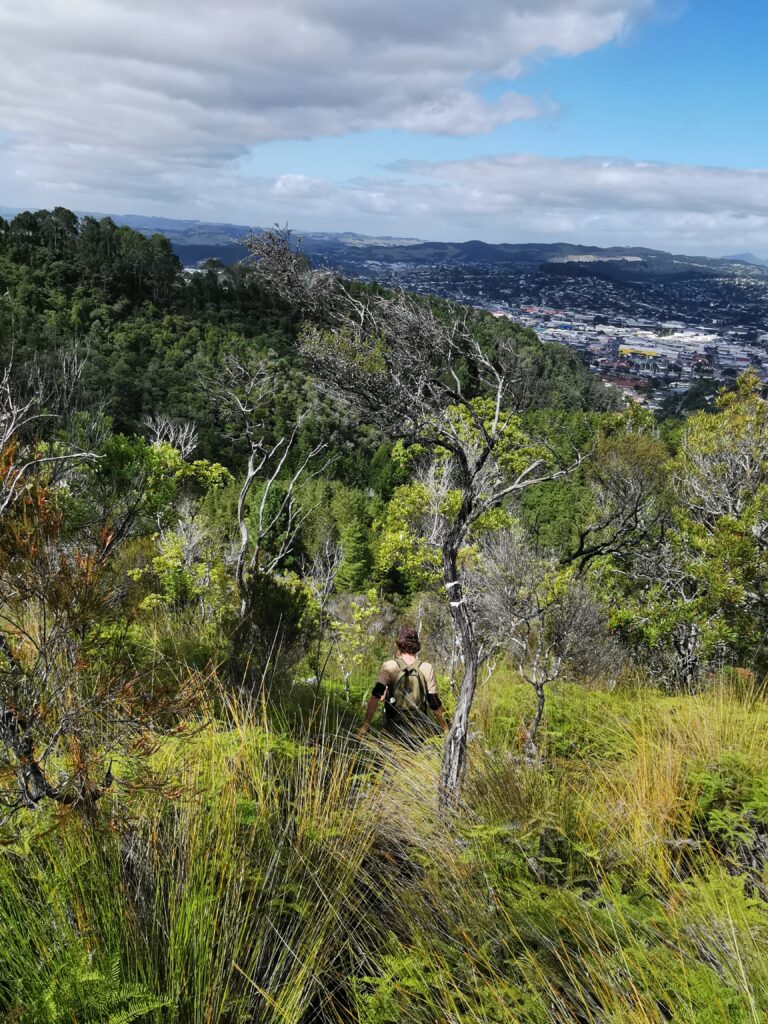 Trapper Clay Reed walks one of the Parihaka traplines

The glory goes to Parihaka Community Landcare and new Kiwi Coast trapper Clay Reed, who have been working together to significantly increase mustelid control on the mountain with new traps provided through the Northland Regional Council Predator Free Whangarei Project.

“Mustelid” is the family name of a group of introduced predators, which in New Zealand includes stoats, ferrets and weasels. Together, they can quickly devastate native wildlife populations and are responsible for sending many birds to the brink of extinction. Stoats are considered the worst of the three, killing 95% of kiwi chicks in unmanaged areas before they reach their first birthday.

Parihaka Community Landcare have been working hard for the past seven years to lessen the load of pest animals in the forest and bring back the native birdsong. Project Coordinator Dr Dai Morgan works with a crew of keen locals passionate about looking after this special mountain in the heart of Whangarei.

“Thanks to funding from the Northland Regional Council’s Predator Free Whangarei project we have been able to get Kiwi Coast trapper, Clay Reed, to increase the mustelid trapping network across the maunga,” said Dai. “Today Clay got his first stoat! Removing these intelligent and cunning predators from the forest will make a huge difference.”

Kiwi Coast has been working with Parihaka Community Landcare and other community groups, hapū, iwi and organisations to boost mustelid control over a 60,000ha area stretching from Te Whara/Bream Head in the south, up to Whananaki in the north, and westwards to include the Pukenui-Western Hills Forest.  This area has been identified by Predator Free Whangarei as a ‘mustelid suppression zone’. 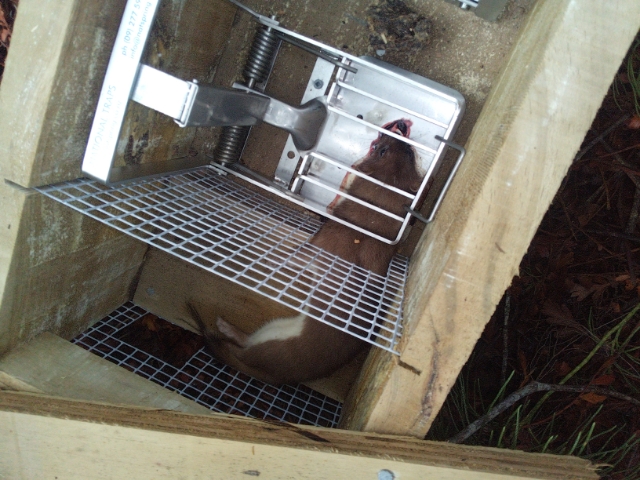 The new funds from Predator Free Whangarei have helped to intensify, link and expand the community-led network, which has been steadily growing over the last two decades. The funds have been enabled an immediate increase in on-the-ground work, including more traps, professional trapper time to install and service them, and new bait stations.

Over twenty community-led projects, hapū, iwi, agencies and organisations are involved across the 60,000ha collaborative network

“Each project leads the pest control in their local area, knowing that the project “next door” is also doing their bit. Linking the projects together over 60,000ha to build a continuous mustelid suppression zone really helps to maximise benefits” says Kiwi Coast Coordinator Ngaire Sullivan. “In terms of kiwi, it will link several distinct populations, enabling them to nest and roam safely across the landscape, creating New Zealand’s first kiwi corridor.”

The boosted predator control network is just one component of Predator Free Whangarei project which also aims to eradicate possums and intensely control rats on the Whangarei Heads peninsula.

“Parihaka Landcare can always use an extra set of hands to help clear traps, monitor birdsong and fill bait stations” says Dai. If you would like to get involved in Parihaka Landcare contact Dai at dmorgan@northtec.ac.nz