Over the past year, Kiwi Coast and NRC partnered to trial the Celium technology developed by Encounter Solutions, and the results are looking good! 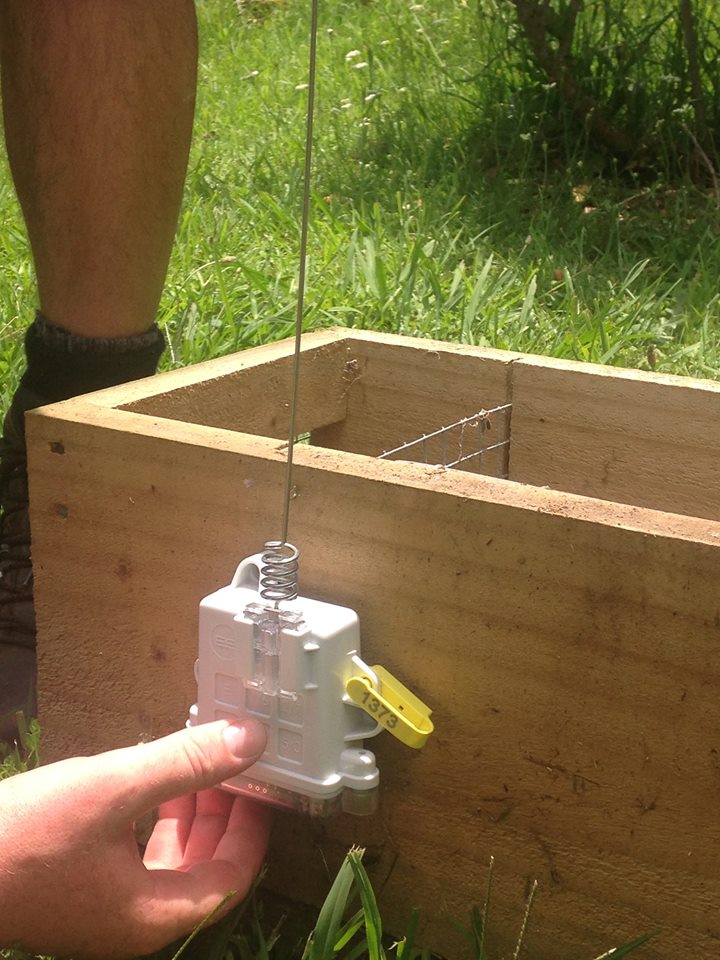 In 2017, Northland Regional Council supplied 150 Celium nodes and two Hubs to establish a basic trial network over a 14,000 hectare area east of Whangarei. The nodes were attached to DOC 200 trap boxes in the Tutukaka, Ngunguru Ford, Whareora, Whanui and Taheke Landcare project areas. The Celium nodes relayed trap status information (ie when the trap has been sprung, reset or is in need of attention) via two receiving Celium hubs located at Mt Tiger.

The next steps are for the nodes to have a firmware upgrade and be redeployed in a more concentrated through the Whanui and Pataua North Landcare projects with the aim of progressing the use of the technology for trap management. For example, a DOC 200 trap baited with eggs in winter may not need to be visited every three weeks as per the current schedule if the trap has not been sprung, saving considerable time and energy. Alternatively, a sprung trap within a known kiwi or pateke pair’s territory during the breeding season may be checked more often to increase chick survival rates.

Ultimately, Kiwi Coast and NRC would like to support the development of the technology to enable the Celium nodes to receive information from kiwi transmitters to assist with tracking kiwi movements. Discussions are currently being held with transmitter makers and other kiwi recovery projects around New Zealand interested in partnering to enable this work.

Simon Croft, from Encounter Solutions says “We are excited to be working with NRC and Kiwi Coast to develop the Celium technology to not only assist with improving trapping efficiencies across a landscape, but also significantly upgrade the current kiwi movement monitoring systems and follow kiwi as they disperse into new areas.”