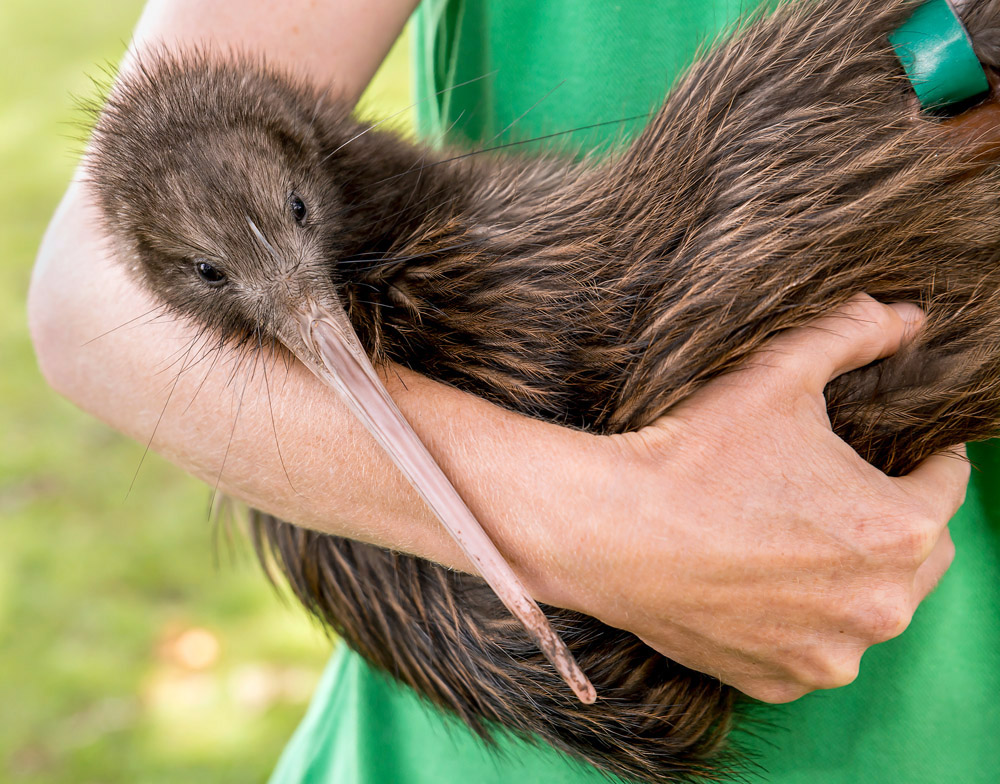 Pukenui-Western Hills Forest Trust Chairman, Max Hutchings says “Ten years ago we set ourselves a goal of bringing kiwi back to the forest, and it’s great to have turned this dream into reality. It’s been a huge task clearing out the pests to make the forest safe for kiwi to return and working with neighbouring landowners to ensure dogs will be well controlled, and now we’ve done it!”

A powhiri was held on Saturday March 17th at Maunu Primary School to welcome and bless the kiwi. A crowd of over 300 people gathered to watch and have a special up-close kiwi encounter before the kiwi were taken into the forest to their release sites.

Pukenui Rangers Bevan Cramp and Ben Lovell and other members of the Trust have received specialist kiwi training over the past six months to enable them to handle the kiwi, which were each fitted with transmitters so their health and movements could be closely monitored.

Bevan says “It was incredibly moving to place the kiwi into their prepared burrows and know that kiwi would once again be calling in the forest that night, for the first time in many years.” 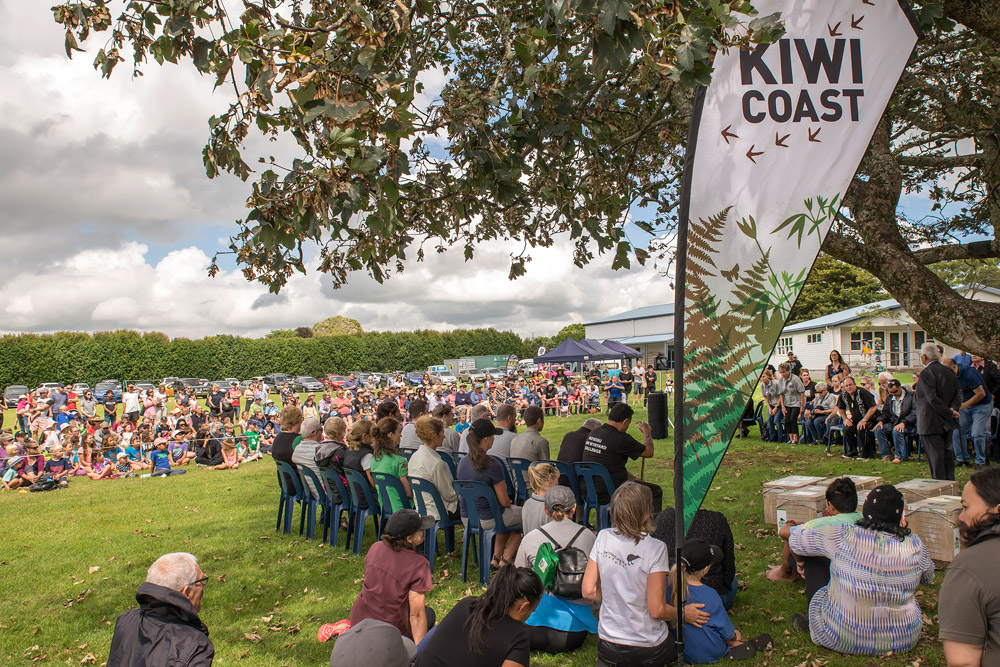 The Department of Conservation (DOC) and Whangarei District Council who administer the forest, have worked alongside the Trust for many years, helping to prepare for the day when kiwi would return to the forest fringes of Whangarei city.

Rolf Fuchs from the DOC Whangarei Office added “The Department of Conservation are proud to work alongside community groups such as the Pukenui-Western Hills Forest Trust to help achieve biodiversity goals such as the return of threatened species to pest controlled areas. We hope these kiwi will thrive for many years to come”.

The twelve kiwi will be joined by a further twenty eight kiwi in years to come.

Kiwi Coast Coordinator Ngaire Tyson pointed out “With another kiwi population establishing in the 1700 hectare Pukenui Forest, the vision of thriving Northland kiwi, free to roam the landscape from one community-led pest control area to another, just got another step closer!” 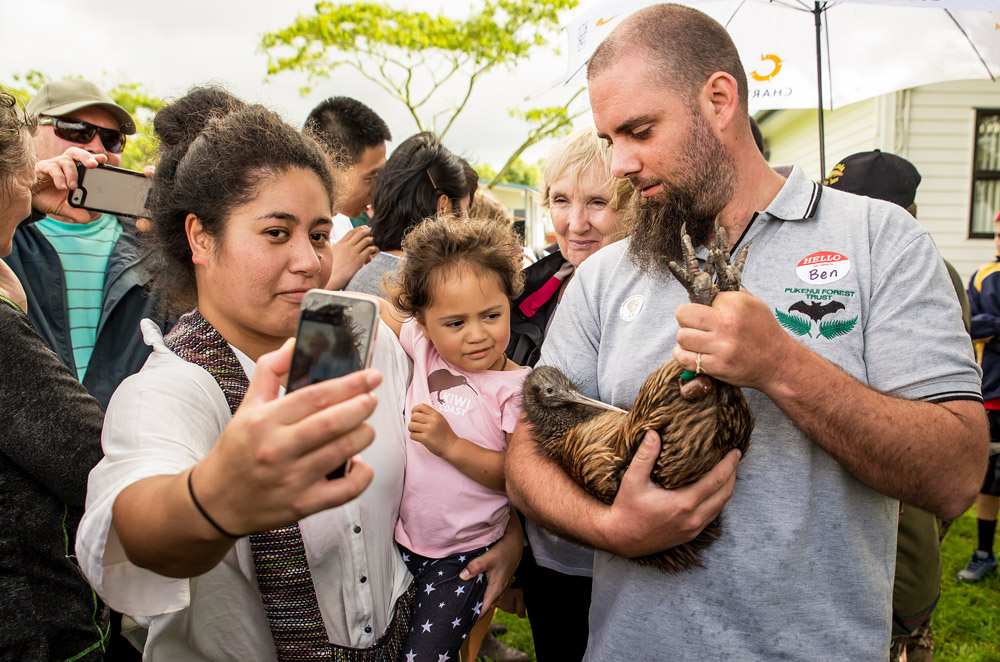 Max adds “The Trust wishes to thank our hard working rangers, volunteers, local landowners and trustees as well as all those who have helped and supported us over the years to bring back kiwi including Whangarei District Council, Department of Conservation, Northland Regional Council, Kiwis for Kiwi Trust, Kiwi North, Foundation North, and Kiwi Coast. Also a special thank you to Maunu Primary School for hosting the event.”