The kiwi were named Donald and Ariki by the Whareora Landcare Group who hosted the event. 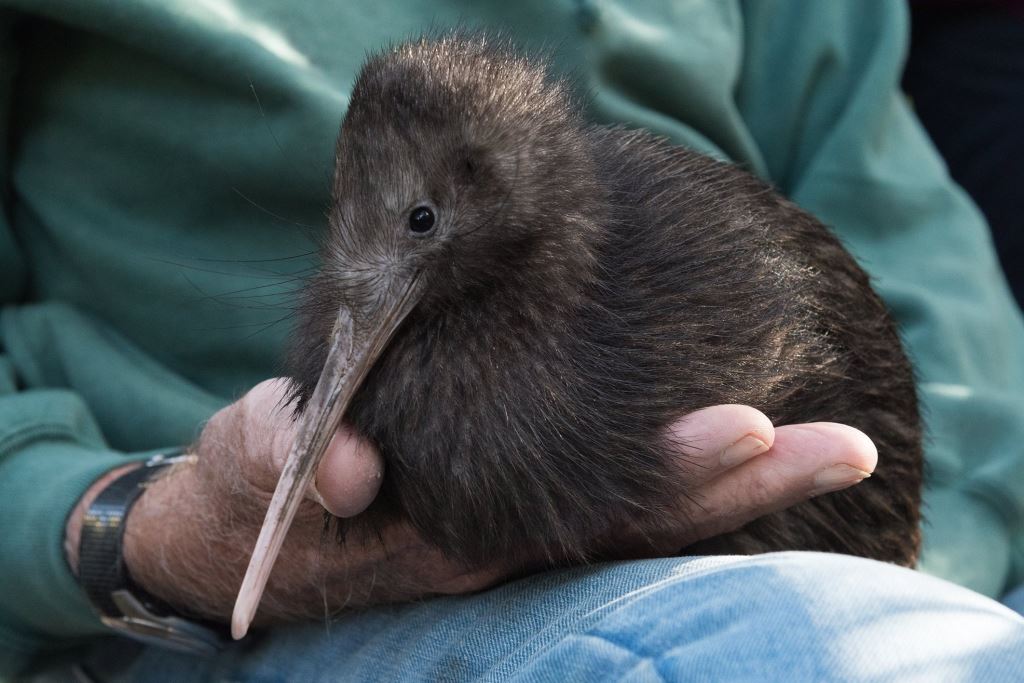 Whareora Landcare explained the special meanings behind the names they had given the kiwi:

“Donald is named after the Donaldson family, one of the original settler families who have lived and farmed in Whareora area for over 100 years. Sue Walters (nee Donaldson) is the current Chairperson of our group, so it was also a nice way to honour the work that Sue and her family have put into protecting and restoring the forests and wildlife in our area over the years.”

“Ariki, means chief or leader. We hope that Ariki will lead his fellow kiwi back into our Whareora forests where our local landowners have been working hard to reduce animal pests and predators to make the area safe for them again.”

Sue Walters said “Over the last ten years, landowners working together as the Whareora Landcare Group have trapped 16,322 animal pests out of our local forests. The result has been amazing with a dramatic increase in birdsong where our forests used to be quiet.” 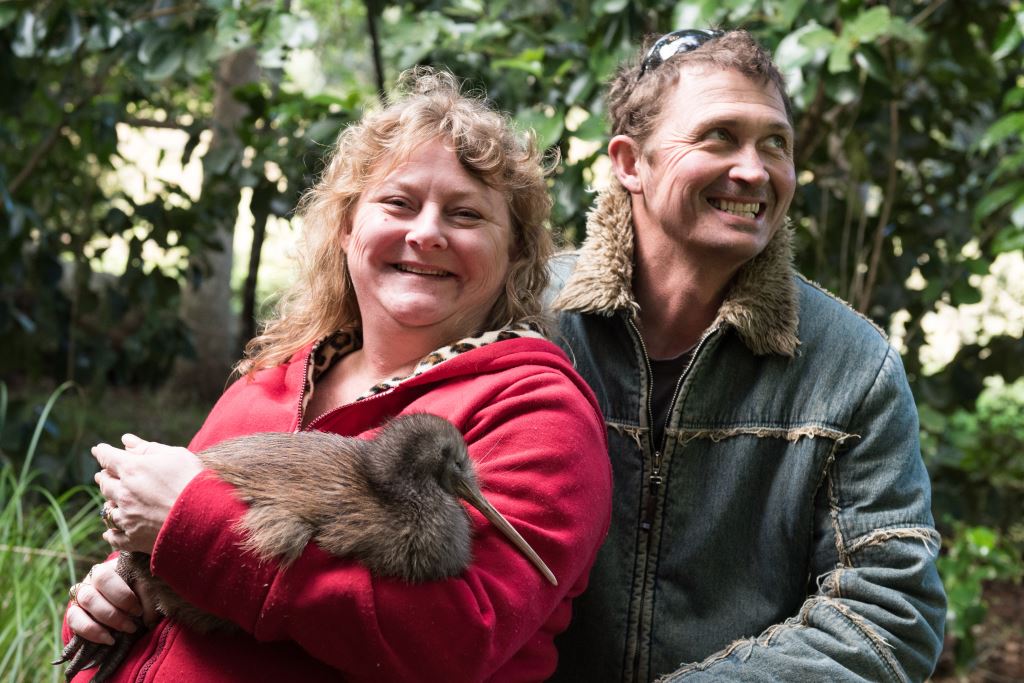 “However, there are very few kiwi left in our area and our ultimate aim is have them flourish here again. Today was a very special chance to meet wild kiwi up close and remind ourselves what we are aiming to achieve.”

Accredited Kiwi Handler Todd Hamilton, from the Backyard Kiwi project, was in charge of the kiwi, helping to catch them at dawn on the Matakohe-Limestone Island kiwi creche with ranger Emma Craig, ensure their safety and well being at the public Whareora event and then oversee their evening release into the forests of Pataua North.

Mr Hamilton said “Ariki and Donald are young kiwi that should live for another 50 years, producing a couple of chicks each year – that’s a possible 100 kiwi chicks! However, dogs are fatally attracted to the smell of kiwi, and Northland research shows the average lifespan of kiwi has been reduced to just 13 years. Good dog control is essential if we want kiwi to thrive.”

Leaving 225 awestruck kiwi fans at the hall, Ariki and Donald then travelled to Pataua North where they were released into the community’s predator controlled kahikatea and puriri forest. A late night check of the kiwi showed they were settling in well.

“Ariki and Donald were both released with transmitters on their legs so we can track their movements and ensure they are ok. Last night Ariki fed for 11.5 hours – he must have been hungry after such a big day! We could also hear him calling from our house which was a real thrill.”

The Whareora Landcare ‘Meet a Kiwi’ event was made possible with funding and support from the Kiwi Coast, Northland Regional Council and Kiwis for Kiwi Trust.

To find out about kiwi events, releases and latest news keep an eye on the Kiwi Coast events page, sign up for the monthly e-newsletter or contact Ngaire Tyson, Kiwi Coast Coordinator at ngaire@kiwicoast.org.nz or 0274 250 249