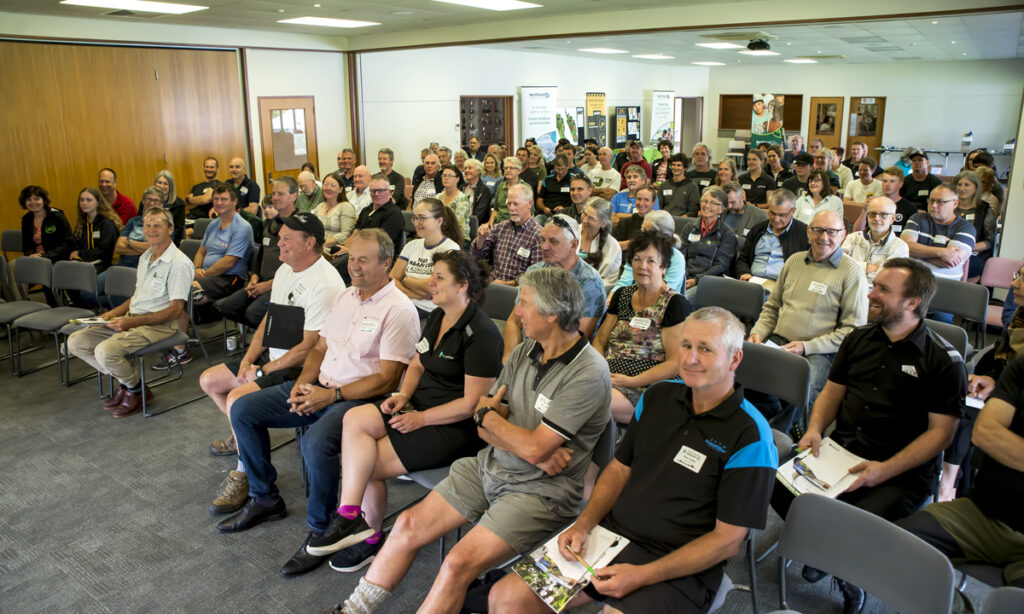 People from77 community and hapu-led projects, agencies and organisations from across Northland gained new pest control skills, learnt about new trapping technology, and networked with other groups from across region.

Kiwi Coast Coordinator, Ngaire Sullivan said it was critical to continue building the capacity of Northlanders to tackle pests.

“Whether it’s reviving native forests, boosting local kiwi populations or preparing to reintroduce a lost species to an area – clearing out the pests is key.”

“We need to ensure those keen to get involved in pest control have the skills and resources to do an efficient job out there in the forests and keep up to date with the latest pest control technology becoming available. This annual workshop is one of way of keeping people upskilled, motivated and aware of what each other are doing.” 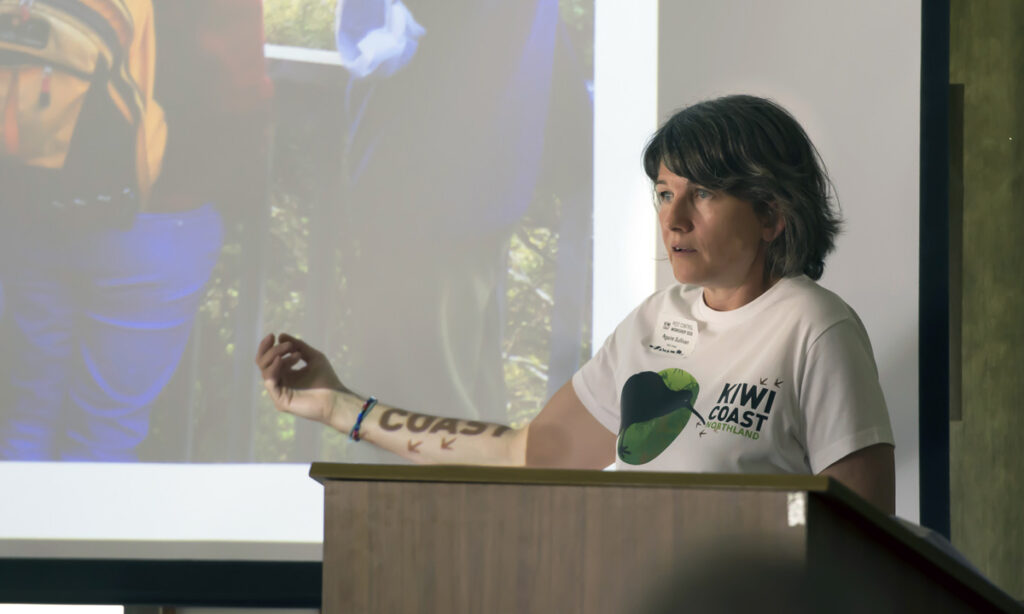 Ms Sullivan said the success of Northland’s collaborative community-led pest control was evident in the collation of trap catch data undertaken each year by Kiwi Coast.

“Over the past 7 years, Northlanders have trapped 396,634 animal pests such as possums, rats, stoats, feral cats, wild rabbits, and weasels. On average, over 1,800 pests are now trapped every week. As a result, many native forest areas in Northland are beginning to flourish again.”

With two successive summers of drought, the 1-in-500 year storm and the Covid-19 lockdown bringing a 4 week halt to trapping, Ms Sullivan also highlighted the need to build a robust and resilient Northland kiwi population.

“Northland’s wild kiwi need safe places to move into in a hurry when they need to. Data from kiwi fitted with transmitters showed us that during the drought, kiwi moved into wetland and stream areas. When the storm hit, they quickly had to find dry secure ridges to keep themselves safe from fast rising flood waters. The expanding community-led pest control networks enabled kiwi to do so safely.” 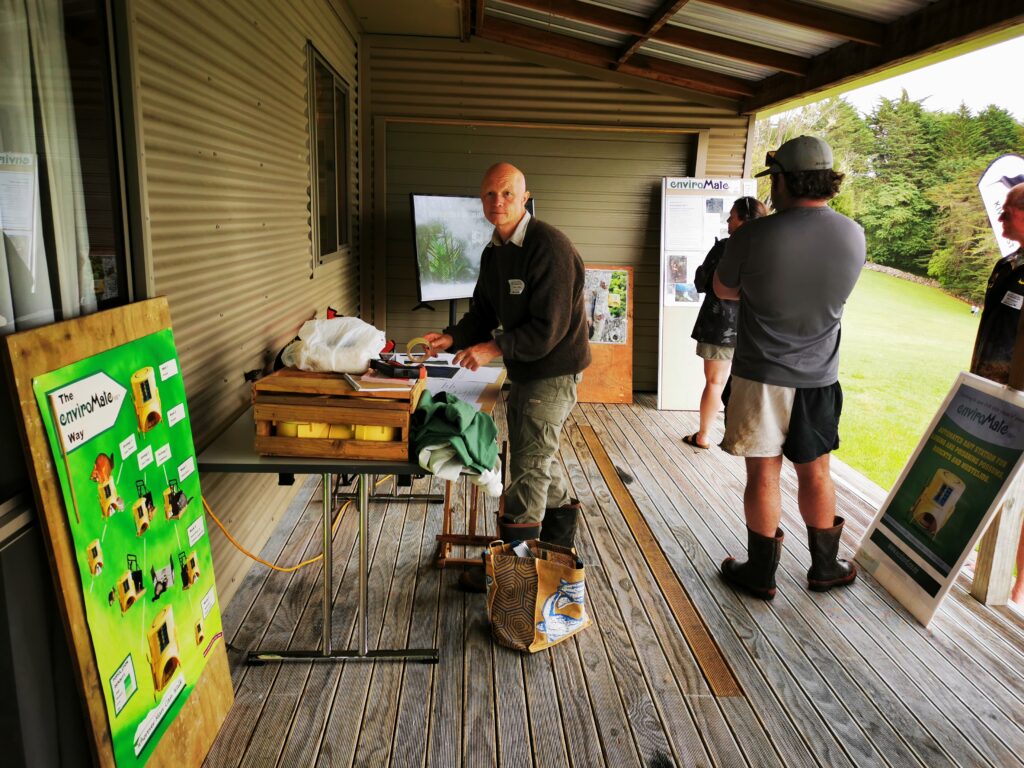 The workshop was funded by Kiwi Coast, Northland Regional Council and Foundation North.

Key Industries and Connovation, suppliers of pest control systems, also sponsored the workshop and were on hand with stalls featuring a wide range of pest control products suitable for everyone from backyard trappers to projects covering thousands of hectares.

Anyone wanting to get involved in pest control or attend such workshops in the future should get in touch with Kiwi Coast at www.kiwicoast.org.nz. 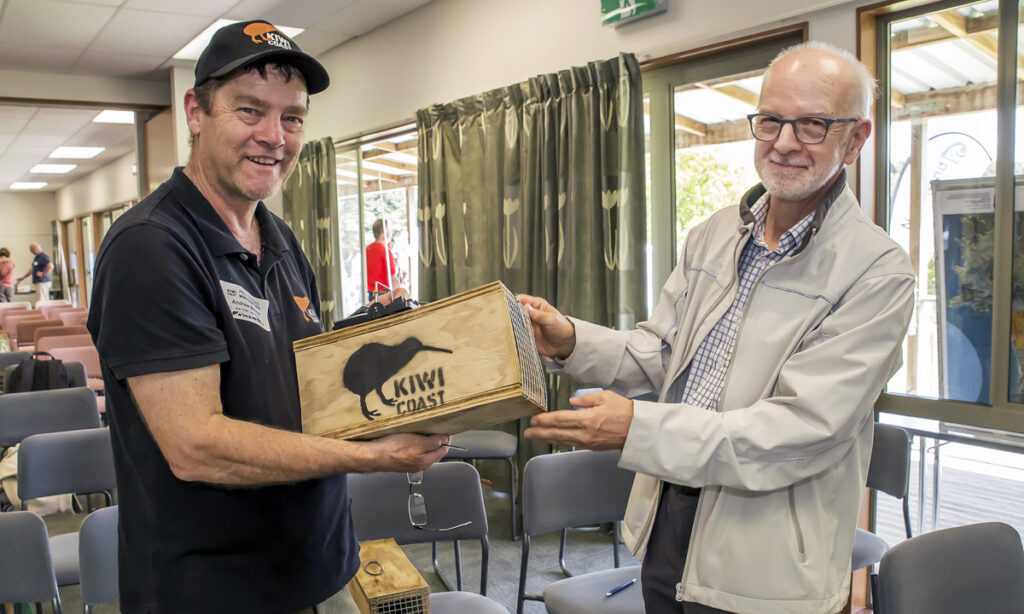