Whitu the wild Whangarei Heads kiwi has well and truly earned his transmitter-retirement after 15 years! 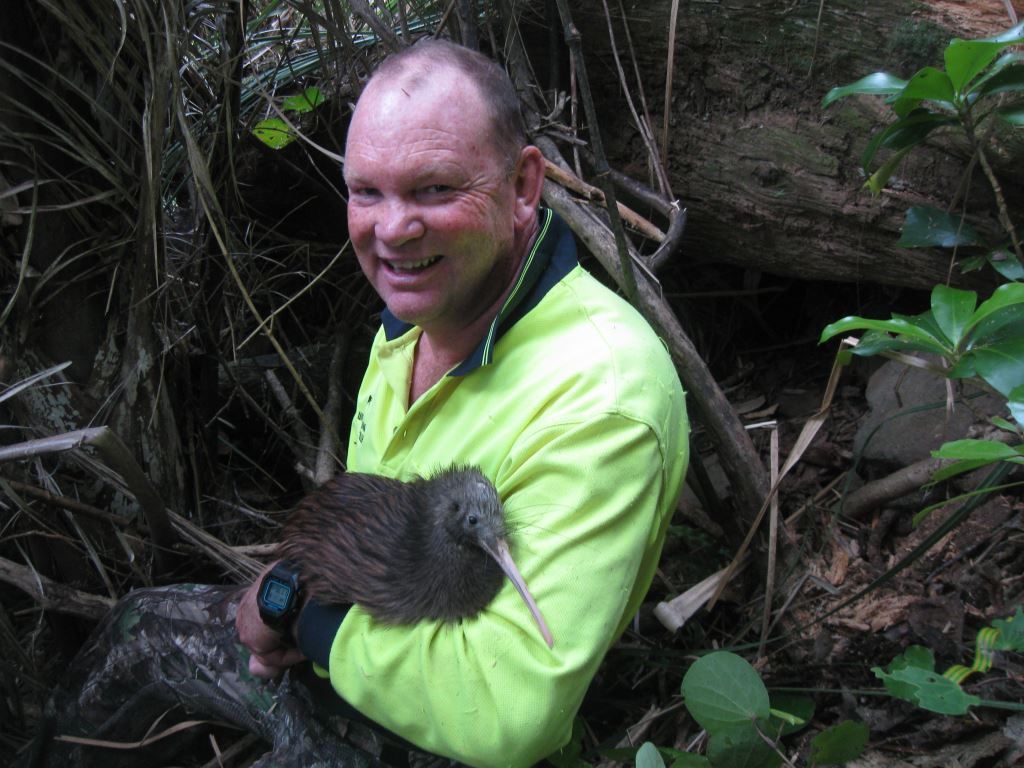 We have been radio monitoring Whitu for 15 years now.

He has been a fantastic ambassador for the kiwi at the Heads. Monitoring his movements and following his life has allowed us to tell his story.

He has been able to engage with many, many people who have supported kiwi recovery and in particular controlled their dogs.

He was released as an adult at Jaggers’ farm in 2005 but after a year or so ended up at Reotahi where he found a mate beside the Reotahi carpark.

They had 7 years of successful nests in the nearby pampas until a big rock slide must have killed her in 2014 (she was never transmitted). 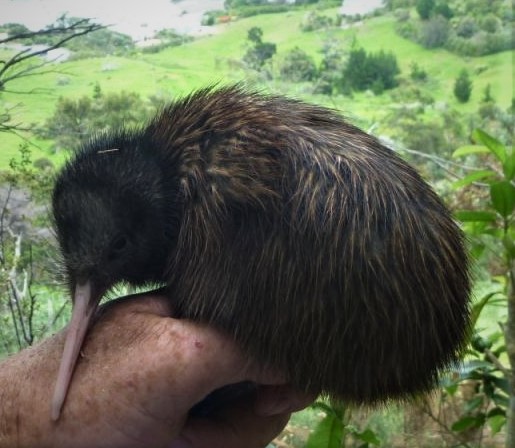 Whitu got on with life and moved over to the Freezing works ruins and found another mate and has been breeding with her ever since (their most recent chick hatched last month).

Whitu has successfully hatched over 13 chicks (many of which have been named by and after special local folks).

Whitu has another 30 or more years breeding in him but we have removed his transmitter so that he can carry on without being in the limelight.

Time for young kiwi like Teina and Ross to pick up that job.

The Backyard Kiwi website tracks his story and pics of him from over the years – young Bill pointed out that when Whitu and I started we both had a full head of hair and now the pics show more than a few bald spots on both of us!

Kia kaha Whitu – enjoy your retirement! Huge thanks to Backyard Kiwi for all your hard work monitoring Whitu up and down a rocky mountain for over a decade, trapping to such a high level that his chicks survived predation, and – through sharing Whitu’s story with us all – helping Northland kiwi to thrive through increased understanding of what we need to do to help keep kiwi safe. 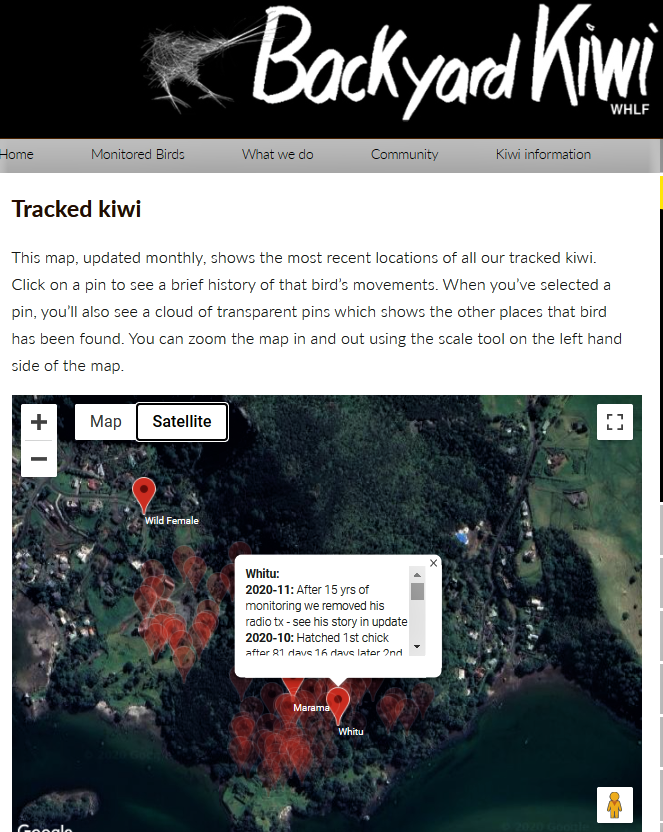