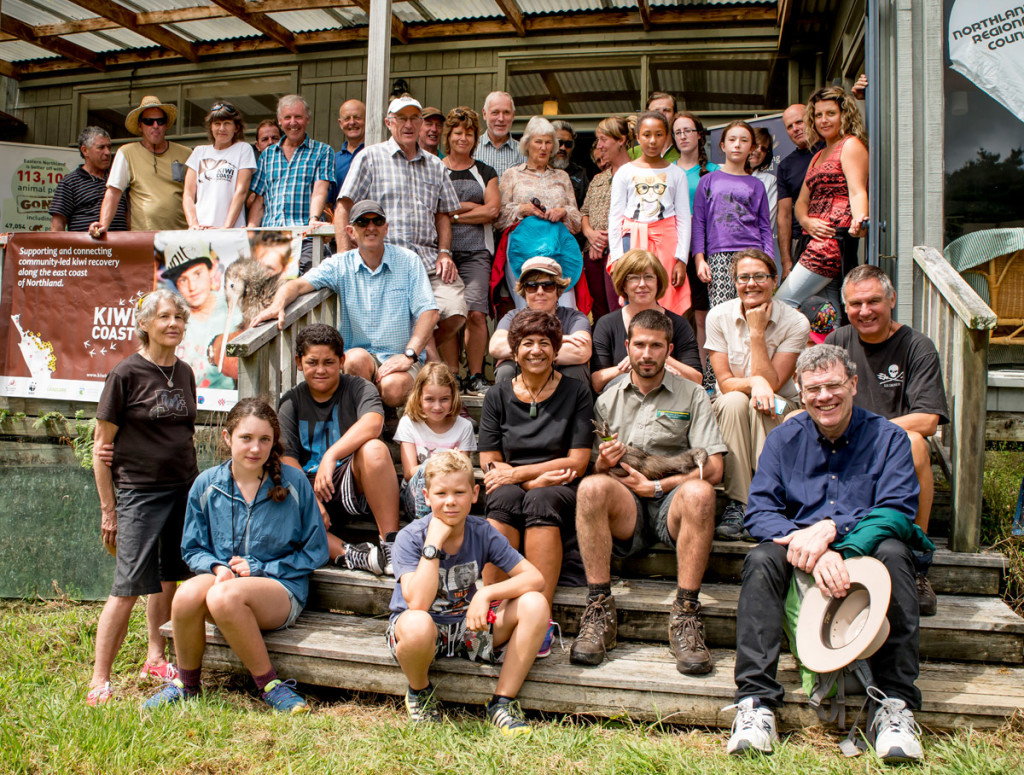 Group photo with Barney the kiwi!

The Kiwi Coast was delighted to host WWF-New Zealand and Reconnecting Northland this week on a field trip to the Tutukaka Coast. The visitors were immersed in nature as they met the locals (of more than one kind) and heard all about the wonderful work going on.

The event was held amongst the native forest of Mike and Jane Camm’s property in the heart of the Tutukaka Landcare Coalition (TLC) project area that has grown to encompass 10,000ha from Ngunguru to Sandy Bay.  The results of nine years of community-led predator control were evident to the visitors who were able to have close encounters with endangered native wildlife including Northland brown kiwi and pateke/brown teal and see stunning photographs taken by local photographer Malcolm Pullman who had documented the breeding success of NZ dotterel and kukupa at Sandy Bay that summer. 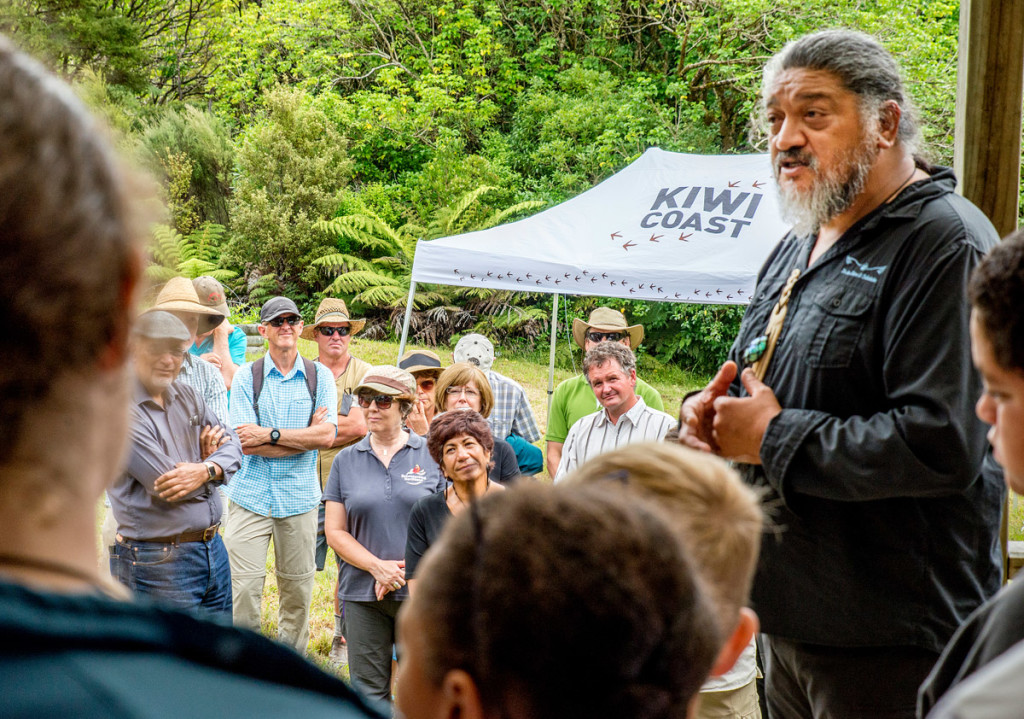 WWF-New Zealand and Reconnecting Northland were welcomed to the Tutukaka Coast by singing children from Ngunguru School and a mihi by Rodney Ngawaka of Ngatiwai descent who works with the school to “open up the pathways of community relationships and kaitiakitanga”. Loren Hope, who has designed and implemented an ‘earthED’ environmental education programme with the school echoed thoughts stressed throughout the day of the importance of engaging youth/mokopuna to understand and care for their local environment.

Morgan Williams, Chairperson of WWF-New Zealand said “It is phenomenal to see the landscape scale at which the Kiwi Coast operates and the successes that can be achieved from a collaborate, grass roots, community-led approach. We’re proud to be part of this initiative, and believe it could be a model that could be replicated both nationally and internationally .” 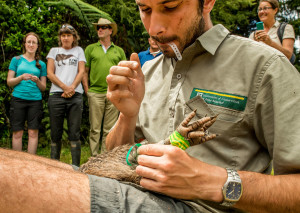 Highlights of the field trip included a close encounter with Barney the kiwi as Department of Conservation and Northland Regional Council staff gave him a health check and checked that his transmitter wasn’t causing any discomfort. The rain held off just long enough to allow for a short walk through regenerating native forest to a pond to see a flock of  pateke/brown teal that were a bit overwhelmed by all the attention, and hid shyly before taking flight into the sky.

“It was a milestone moment in my life which struck a cord in both my heart and wairua. It was the first time I had ever seen and been so close to a live kiwi and to see and feel the absolute commitment and aroha of this community to the whenua, ngahere and this taonga was incredibly humbling.”

Mike Camm points out the pateke

WWF-New Zealand is one of the delivery partners of the Reconnecting Northland programme and has been involved since its inception. The Kiwi Coast and TLC enjoyed hosting the field trip and look forward to continuing the partnership into the future.

For more information on the Kiwi Coast, to get involved or start your own community-led kiwi project in eastern Northland contact Ngaire Tyson, the Kiwi Coast Coordinator.