You are here: Home / Kiwi Coast News / Why Female Kiwi Are So Amazing

Once you have seen the size of a kiwi egg you will understand why female kiwi are so amazing, and why they are larger than males. 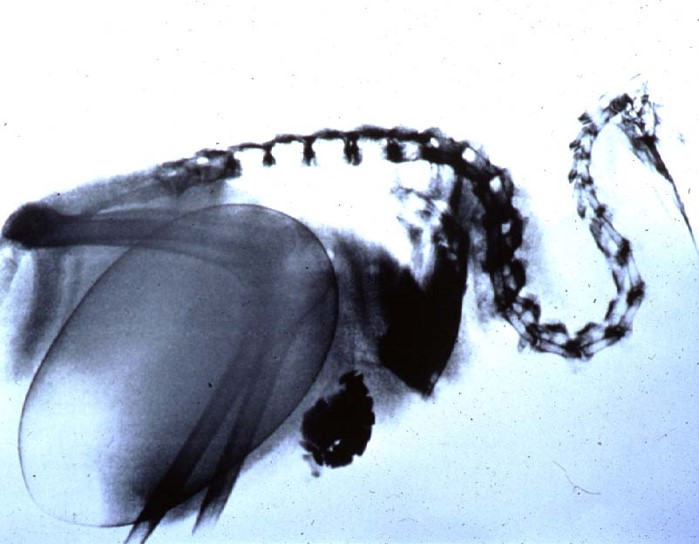 An average Northland brown kiwi egg weighs a whopping 440gm! At around 125mm long and 78mm wide it is one of the largest eggs there is.

Not only that, but as adult Northland brown kiwi females only weigh in around 2kg or so, it is also one of the largest eggs relative to the size of the mother in the world.

While an ostrich may lay the world’s largest bird’s egg, it is actually the smallest in proportion to the mother – just 2% of her body weight. By comparison, the kiwi egg takes up about 20% of the mother’s body.

On x-ray you can see the egg takes up a huge percentage of the abdomen. Spare a thought for what this means for kiwi in order to carry the egg. Extra pressure is put on her lungs and air sacs, as well as her digestive tract. This makes it harder for her breathe and in the last few days, female kiwi may not be able to feed at all because of the pressure that the egg exerts on her internal organs.

Heavily gravid females will often rest in small waterways taking the weight off their tired legs. This could also mean she is more vulnerable to predators – less able to fight and not so fast at running.

The egg takes 3-4 weeks to form and be laid and the second egg, from the other ovary, has already started forming before the first is laid. Kiwi are unusual in having 2 ovaries, most birds have jettisoned one to reduce weight for flight. Northland brown kiwi often lay 2 eggs in their first clutch of the season and then 1 egg for the next 1 or 2 clutches.

The egg of the kiwi has one of the highest percentage yolks and is incredibly energy dense. Most bird eggs are 35-40% yolk but the kiwi’s egg is 65% yolk. The nutritious yolk is enough to sustain kiwi chicks for the first week of their lives. They hatch fully feathered and independent – never needing to be fed by their parents.

As if kiwi were not amazing enough, the lengths the female goes to when breeding makes them even more awesome!

It’s no surprise then that after this huge effort, it’s the male kiwi that gets sole-incubation duty in Northland. Mrs Kiwi has more than done her bit!