A kiwi caught in a ground-set possum trap is lucky to have lived to tell the tale. 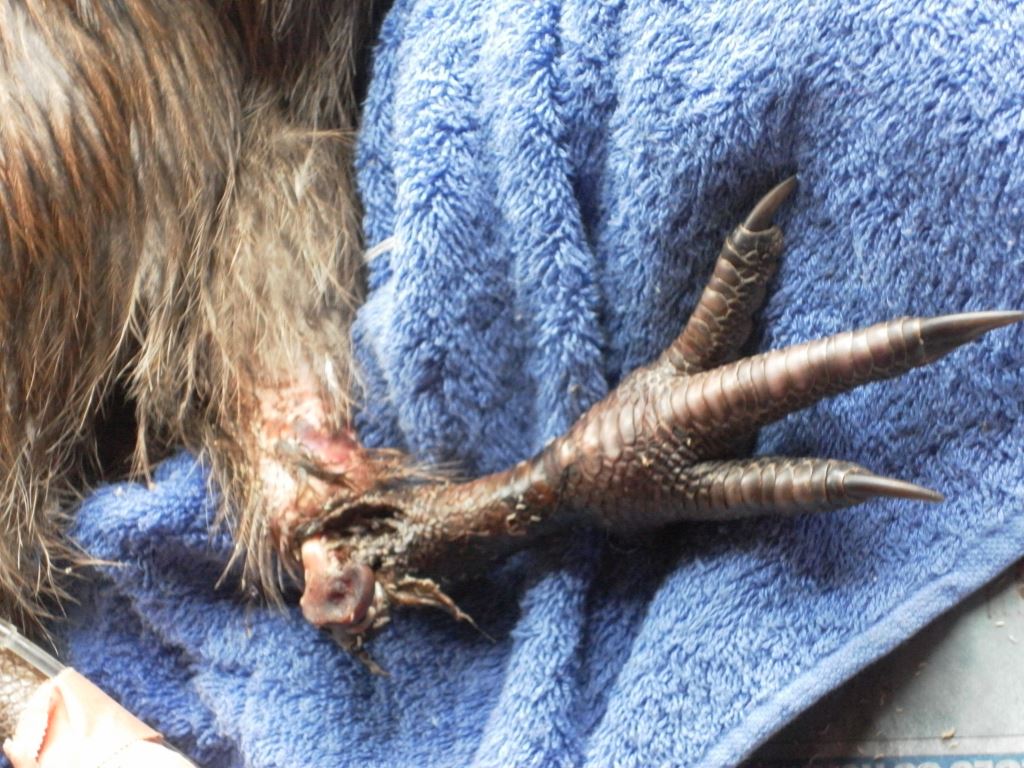 Manukaha’s injured foot prior to treatment

The kiwi was caught by its leg in a possum leg-hold trap set on the ground by a fur trapper on a farm in Owhata near Whangape in the Far North.

While traps need to be raised 750mm off the ground in kiwi areas, farmers John and Sarah Hammond said they had not heard kiwi on the block in 15 years and had no idea kiwi were still present.

“We were surprised to have a kiwi caught in a trap on our farm. There had been no sign of any kiwi for at least 15 years. Their decline had coincided with the rapid explosion of introduced pests in the area. We are very thankful the kiwi was able to survive, and we appreciate the learning opportunity it provided” said Sarah.

The trapper took the injured kiwi into the DOC office in Kaitaia,  who took it to the local vet clinic – but the kiwi needed specialist care.

Kiwi Coast Far North Coordinator and retired vet, Lesley Baigent, has treated many injured kiwi before, and stepped in to help.  Lesley nursed the wild kiwi back to health – but says that trapped kiwi often die as a result of their injuries.

“They can also sustain a lot of muscle damage as they repeatedly try to pull their leg out of the trap – which can lead to hip dislocation and kidney damage.  Even if they initially seem fine, many die. Good on the trapper for bringing the kiwi in so we could help get him back to full health”.

Possum control can be carried out safely in kiwi areas by raising traps 750mm off the ground. Leg-hold traps, commonly used by possum-fur trappers, can simply be put on small wooden plate, held in place on a tree or post by three nails. Trappers operating in known kiwi areas are required by law to raise their traps or can face prosecution. All live capture traps must be checked within 12 hours of sunrise – a law that saved this kiwi’s life.

Lesley feared the worst when the kiwi was brought to her for care.

“This kiwi, a 1.8kg male Northland brown kiwi had a severe cut to the lower right leg, deep cut to middle toe on left leg, a very bruised bill and both feet were very swollen.”

Initially, he could not stand on his feet and so sat on his hocks instead.

“Worryingly, at first he would not eat or put weight on his feet and was very quiet.  However, after antibiotics and some rest in a dark quiet “kiwi box”, his injuries began to heal and he began taking food. After a couple of days he started getting a bit feisty,  and I knew he was on the mend!”

Lesley then worked with DOC, local iwi Te Rarawa and the Hammond’s to get the kiwi back to its home. 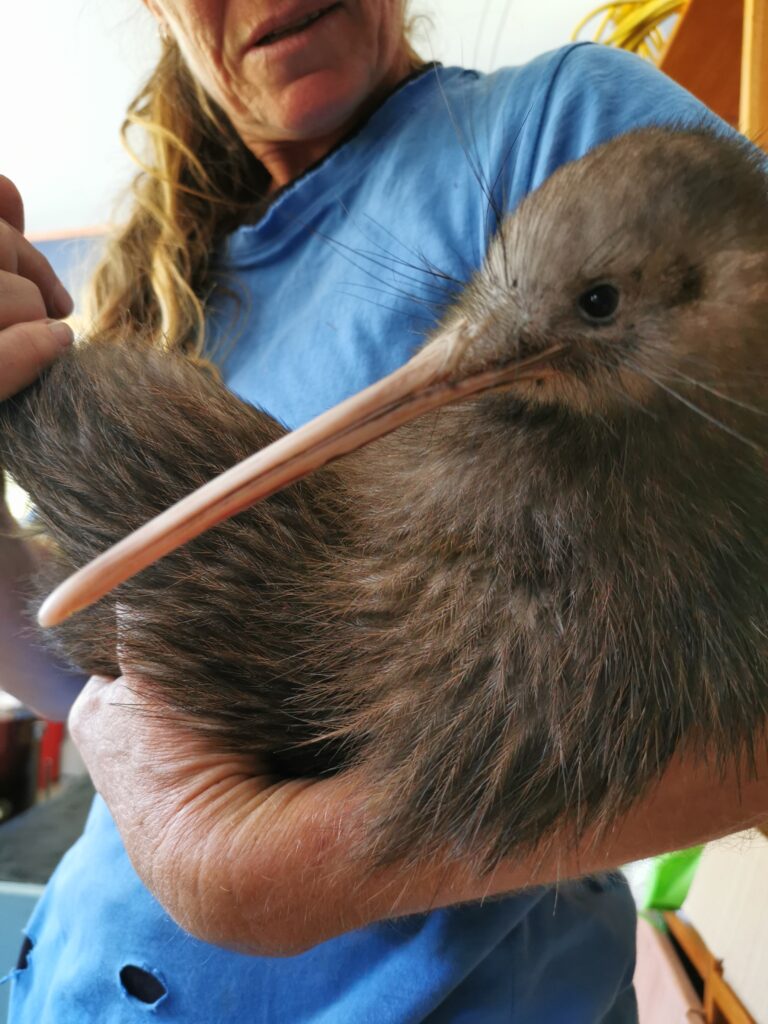 Named Manukaha or “strong bird’ by locals in recognition of his survivor spirit, the kiwi was released back on to the Hammond’s farm on November 17th.

“The key take home message here” says Lesley “is that kiwi truly can be anywhere in Northland. It’s best to raise all possum traps 750mm off the ground, even if you are not sure that kiwi are around.”

John and Sarah agree: “We thought we were doing our best to try and protect the natural habitat areas on our farm by encouraging possum control in an environmentally friendly way. It turned out, that despite our best intentions, we may have inadvertently undermined what we were trying to do. We have since made changes to our pest control policy to make it as “kiwi friendly” as possible, so Manukaha and his mate have the very best chance of living a long and happy life in our area, and in doing so, will have the opportunity to expand his whanau.””

Because there is one more thing…

Manukaha had a brood patch – an area on his chest  where he was missing feathers. This shows that he has a mate and had been incubating an egg (or two)  nearby when he got caught in the trap.

Lesley says “Although this nest would have failed while Manukaha was getting back to full health as the egg(s) would have gone cold, he and his mate have the chance now to nest again. There’s a good chance that there is a little kiwi population quietly living on this farm, and it may increase by a chick or two  in a few months.  Manukaha and his mate may well get another nest going this season…”

If you need help to raise possum traps off the ground or are keen to learn more about trapping safely in kiwi areas, contact Kiwi Coast – we’re here to help.