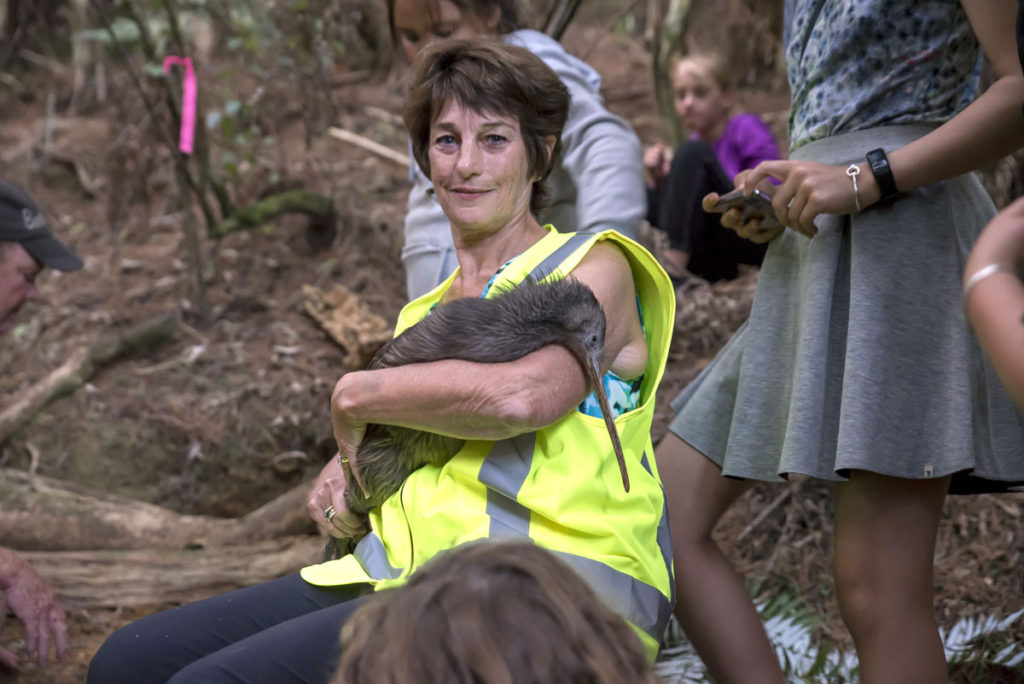 Farmer Judy Imeson was thrilled to have the four kiwi released on her property.

Judy said “I’ve been part of the Tanekaha Community Pest Control Group for the past seven years. After kiwi were confirmed on the farm, I knew I had to do something to help them.”

“Carrying out pest control and looking after the kiwi has become part of our normal farm management – but I never thought our farm would become a place where kiwi would be released!”

Judy hosted a public kiwi release event on her farm on Tuesday evening to give people a chance to see wild Northland brown kiwi up close before being released into prepared burrows.

The four kiwi – three females and one male – entranced the crowd and acted as ambassadors as people learnt about the key threats to kiwi survival in Northland – pests like stoats that predate 95% of kiwi chicks before they reach their first birthday in unmanaged areas, and inquisitive dogs who find their scent simply irresistible and have reduced the average lifespan of Northland kiwi from 60 to just 13 years old. 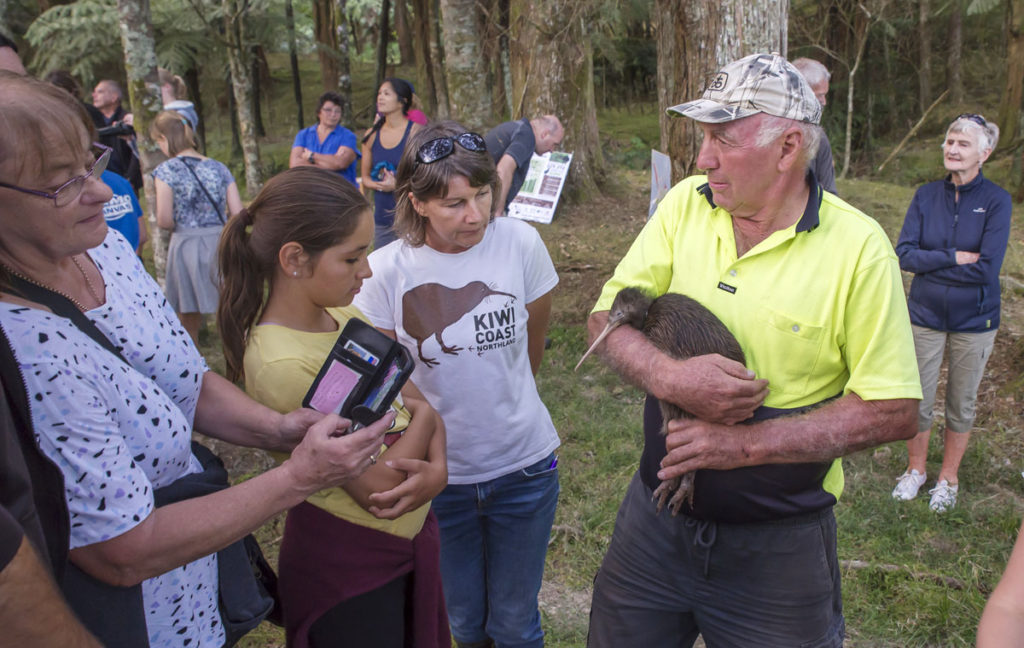 “It’s simple – trap the predators like stoats and ferrets, and tie up your dogs – don’t let them wander. Northland kiwi sleep during the day in some unexpected places like pampas, tall grass, and amongst gorse. You just never know where a kiwi may be…”

The four kiwi were all graduates from the Matakohe-Limestone Island kiwi crèche in Whangarei Harbour. Ellis – the only male kiwi to be released at the farm – had been on the island for seven and a half years. Most kiwi spend only a couple of years on the island, so Ellis had clearly eluded recapture for a bit longer than usual.

Despite being the oldest kiwi in the group by six years, Ellis at 1.7kg was dwarfed by the three young females who weighed in at around 2kg and still have some growing to do. 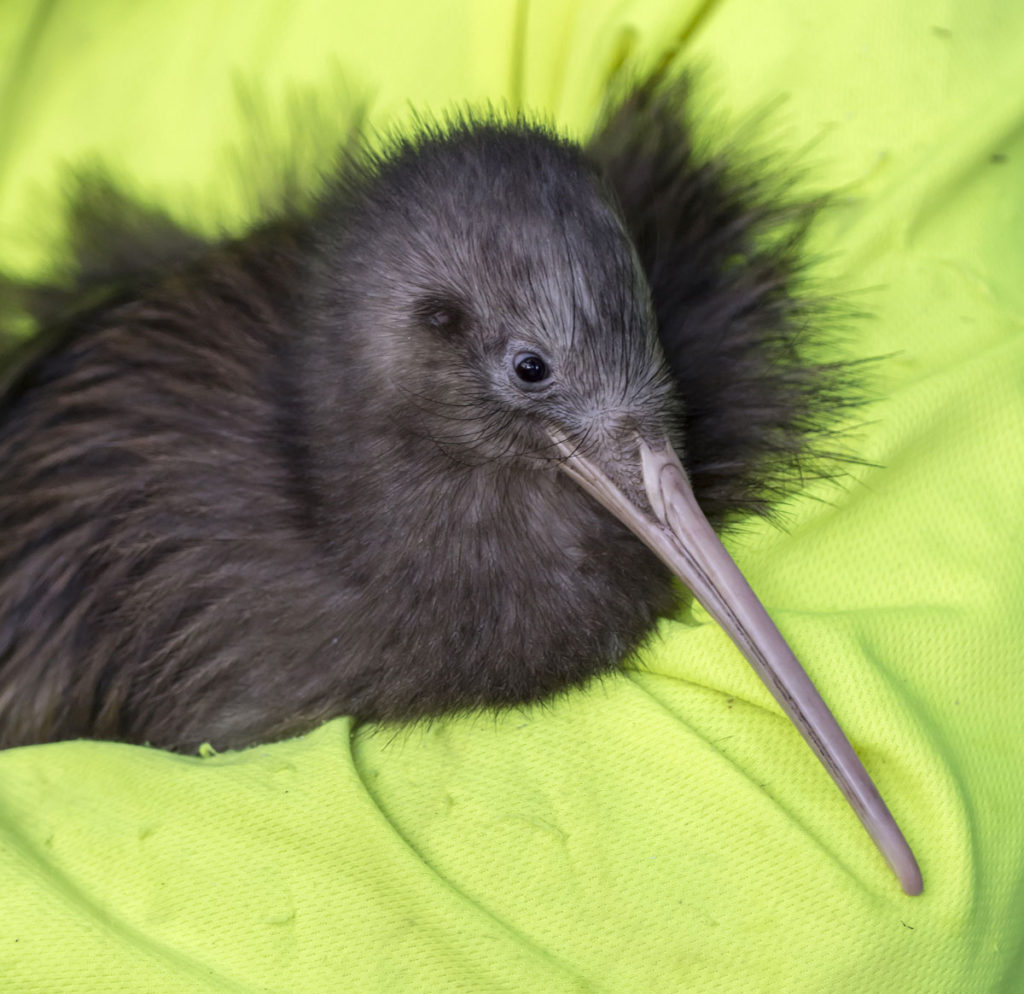 Adult Northland brown kiwi females are bigger than their male counterparts and can weigh more than 3kg when fully grown. This is due to female kiwi producing one of the biggest eggs per body size of any bird in the world.

Judy is keen to keep the kiwi numbers going up on her farm and believes it’s now a good time to extend the area, and involve more landowners.

“I’m actually also part of a new project getting underway with Hukerenui farmers. This will border the Tanekaha Community Pest Control area and we will work together to create an expanded area of pest control and ensure the kiwi can roam safely where they wish.”

“Our new Hukerenui Community Pest Control Area is being funded for five years by the Northland Regional Council, which is a huge boost.  Embarking on a second project and being able to welcome four more kiwi to the farm is just amazing – it’s a huge validation of all our hard work over many years and it’s great to have got to this point.”

NRC Councillor Joce Yeoman was on hand to see the kiwi released and said she was very pleased to see another Community Pest Control Agreement (CPCA) in place.

“It’s fantastic to see what a small group of dedicated landowners can do to increase kiwi numbers and I’m thrilled that our new regional pest management rate is contributing to more community pest control areas around the region,” says Councillor Yeoman. 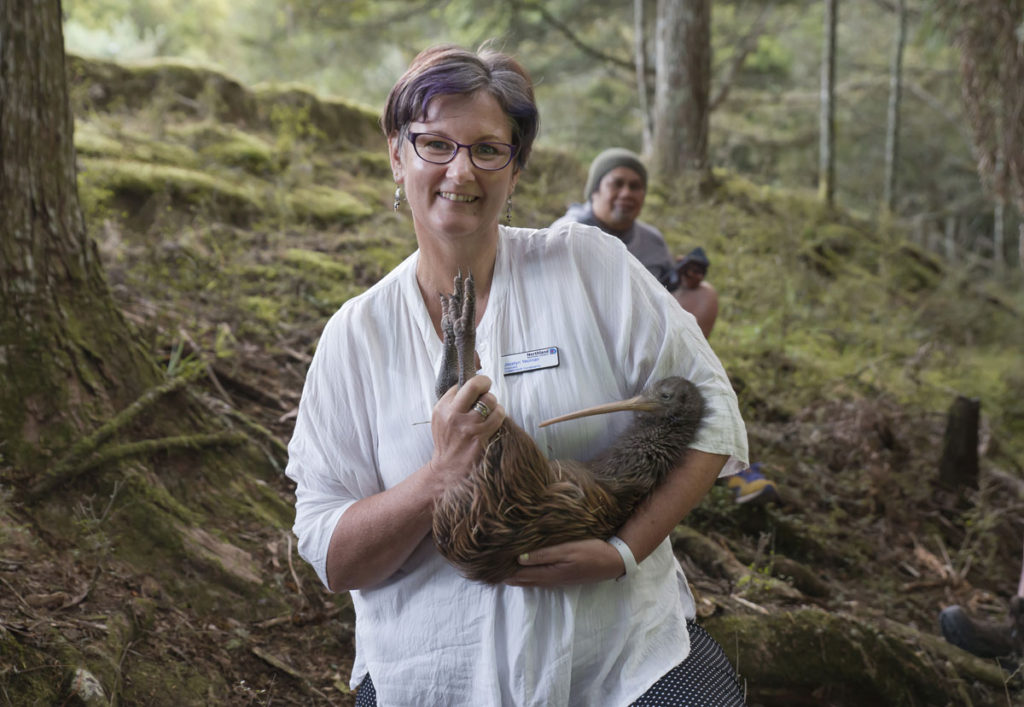 “Our goal as a council is to eradicate pests from Northland but this will only happen if we support our communities doing the work on the ground.  The Tanekaha group is one example of just what can be achieved,” she says.

Kiwi Coast Coordinator Ngaire Sullivan added “The new Hukerenui CPCA sees yet another Northland community taking up the challenge to control predators and help their kiwi thrive. The Hukerenui CPCA plugs a gap between the Whangarei Kiwi Sanctuary and the Tanekaha CPCA.  Linking three kiwi areas together with pest control will really help these very special birds thrive and allow the population to expand further.”

Judy concluded: “The Hukerenui and Tanekaha communities are grateful to all those who have supported our vision and funded the work to date including Northland Regional Council, Kiwi Coast, Kiwis for Kiwi, Living Water and generous local sponsors and community fundraisers.”

To find out about the next kiwi release event being planned or to how to start your own community kiwi care group contact Kiwi Coast Coordinator, Ngaire Sullivan at ngaire@kiwicoast.org.nz.