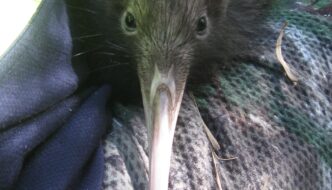 Teina the kiwi's first nesting attempt, has not quite gone to plan! Initial news of Teina's nesting was met with much joy, as it was the first known kiwi nest in decades for the Owhiwa Landcare Group who are working hard to clear out the pests, keep dogs well controlled and help their small wild kiwi population flourish again. Unfortunately, … END_OF_DOCUMENT_TOKEN_TO_BE_REPLACED 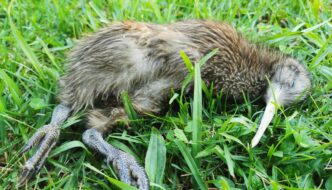 Which do you want first? The good news or bad news for Owhiwa kiwi? The good news, is that today the first kiwi chick in decades has been found in the Owhiwa Landcare area. At just 577g, the chick was at it's most vulnerable - especially to predators such as stoats, that kill 95% of kiwi chicks before their first birthday. Once over 1kg, kiwi … END_OF_DOCUMENT_TOKEN_TO_BE_REPLACED