Owhiwa Landcare are proudly celebrating a huge milestone – the hatch of the first known kiwi chick to released kiwi in the area. 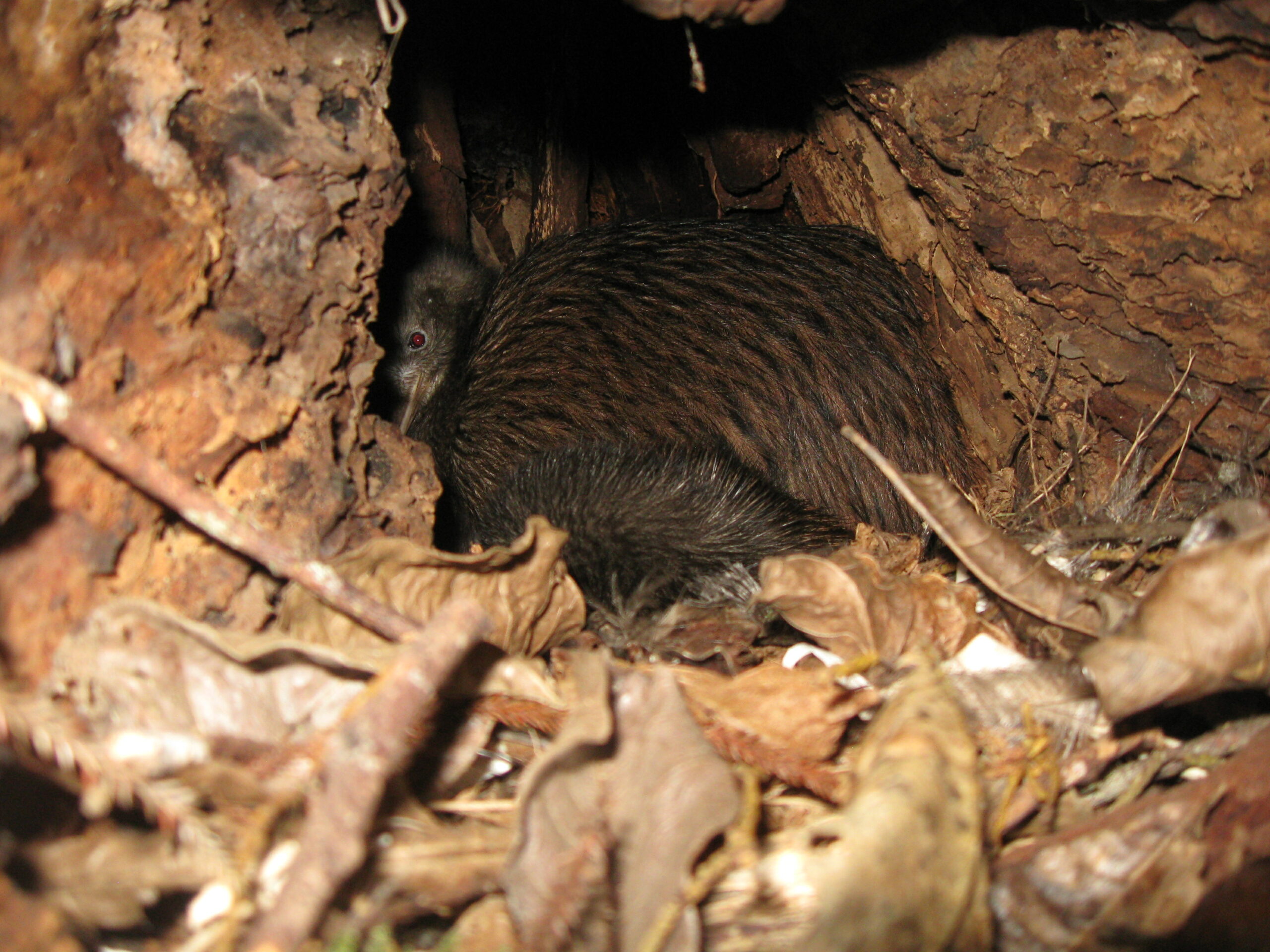 Named ‘Kotahi’ (‘The First’), Owhiwa Landcare hopes it is the first of many chicks to come now that kiwi released into the area have begun breeding successfully thanks to years of intensive predator control and great dog control by local landowners and hunters.

Kotahi was hatched by kiwi Dad ‘Chookie’ after 65 days of incubation in the Martin family’s pine forest on Owhiwa Road.

The chick is extra special to the Martin’s as Chookie was named after their father, nicknamed Chook, who managed the family block for years. The property is  a commercial pine forest and the family has taken good care of the land over the years, including many patches of native forest, streams and wetlands as well as carrying out extensive animal and plant pest control – even resourcing a professional predator trapper to control the toughest predators and adopting a ‘no dogs’ policy.

Kerry Martin said: “This news is the best Christmas present we could wish for. It has ended a difficult year in the most amazing way possible – and we are just thrilled. We’ll do all we can, and continue to work in with Owhiwa Landcare, to ensure that Chookie, Kotahi and other kiwi in the area are safe to live here for as long as they wish.” 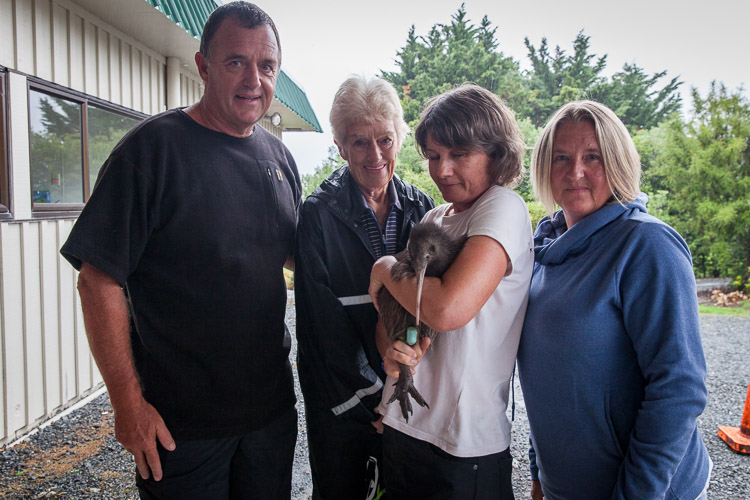 Chookie was released by Backyard Kiwi into the pine block earlier this year in February. Unlike other kiwi released at the same time, Chookie seemed pretty happy with his new surroundings after having grown up on the Matakohe-Limestone Island kiwi creche in Whangarei Harbour.

Thanks to a small radio transmitter attached to his leg, Chookie’s whereabouts, health and activity levels have been monitored by Backyard Kiwi Project Manager Todd Hamilton using remote radio monitoring equipment ever since his release. As the Owhiwa Landcare predator controlled area is part of the wider community-led ‘Kiwi Link’ 15,000ha pest control area, the kiwi released are free to roam, and a handful are monitored to see just where they go, and if they nest successfully.

As it turns out, Chookie quickly made himself at home in the Martin’s block, and didn’t wander far. In fact, his nest site is within 200m of his original release site.

Todd said “Chookie is the first released kiwi in the Owhiwa area to be confirmed to nest successfully. Chookie’s first two attempts at nesting failed, so we nervously waited as he settled into this round of incubation duty. We only let ourselves get excited as he neared the 60 night mark, knowing that if he was sitting on a viable egg, it could hatch at any moment”.

“Finally on November 28th, after 65 days,  the transmitter data gave us the news we had been waiting for – the egg had hatched. Clever Chookie has made his nest deep in a puriri log so unless there is an opportunity to insert an ID chip in Kotahi, we will leave these wild kiwi be.”

And there’s even better news – Kotahi now has a sibling.

Todd adds “After Kotahi hatched, I kept an eye on Chookie’s transmitter data stream to see if he stayed in the nesting burrow or started foraging for longer hours through the night to start regaining condition after all those nights of incubation duty. The data showed that he kept on nesting and has now hatched a second chick. Well done Chookie!”