Fieldwork for the second ‘Kiwi Listening Blitz’ has started, as Kiwi Coast investigates if Northland kiwi have expanded into new sites over the last five years. 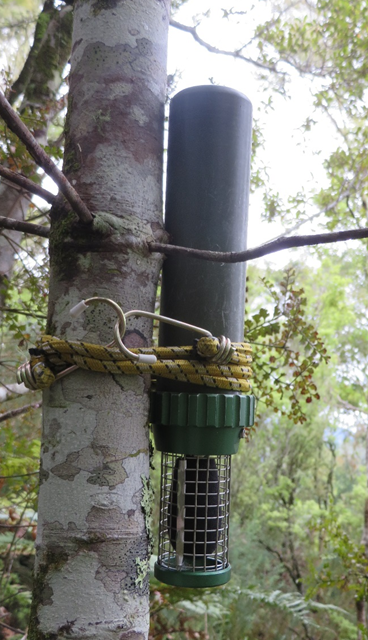 In accordance with it’s overall monitoring plan Kiwi Coast Trust carries out a ‘Kiwi Listening Blitz’ using acoustic monitoring devices or Kiwi Listening Devices (KLDs) every five years. This part of the Kiwi Coast Monitoring Plan is designed to track changes in the Northland brown kiwi population and distribution, with the assumption that over time, kiwi numbers will increase and expand into new areas in response to sustained pest control and improved dog control.

The first Kiwi Listening Blitz was completed in 2016, and this second blitz is now underway with the aim of being completed by July 2021.

Dr Karen Verdurmen and a field crew of NorthTec Conservation Management Students got started on the fieldwork for the second blitz in January. Sites on public land that were monitored in the first blitz have been their priority to date.

A pre-survey map prepared by the Department of Conservation and Northland Regional Council has assisted with understanding current kiwi distribution, the location of previously surveyed sites, and identification of potential new survey sites. As Kiwi Coast has markedly increased over the past four years as new groups have got underway and linked in, the second Kiwi Listening Blitz will need to cover a lot more ground.

Ngaire Sullivan, Kiwi Coast Coordinator says “In 2016 we surveyed 48 sites and thought that was a big job! This time around we need to cover 160,000 hectares, and investigate a whole heap of new sites for kiwi presence. It’s great that communities and landowners are so keen to know if they have kiwi and are happy to help establish new survey sites. As always, it’s a huge team effort!”

Survey sites are located on a mix of public and private land. They are selected for habitat, land use, ease of access and also to fill the gaps in knowledge of kiwi presence in Northland. Existing human kiwi listening stations that are monitored every year as part of the Northland Kiwi Call Count Survey are excluded from the survey, as are known high kiwi population areas. Data from KLDs used in Northland in 2019 to investigate kiwi presence at landowners request, have also been collated, and will help to avoid unnecessary re-surveying of sites.

The field crew will now begin contacting community group coordinators and private landowners with sites that look promising for surveying kiwi presence. If you would like your site to be established as a five-yearly survey site please contact Ngaire the Kiwi Coast Coordinator via email or phone 0274 250249.