You are here: Home / Portfolio / Harry the Kiwi

Harry is a real character! 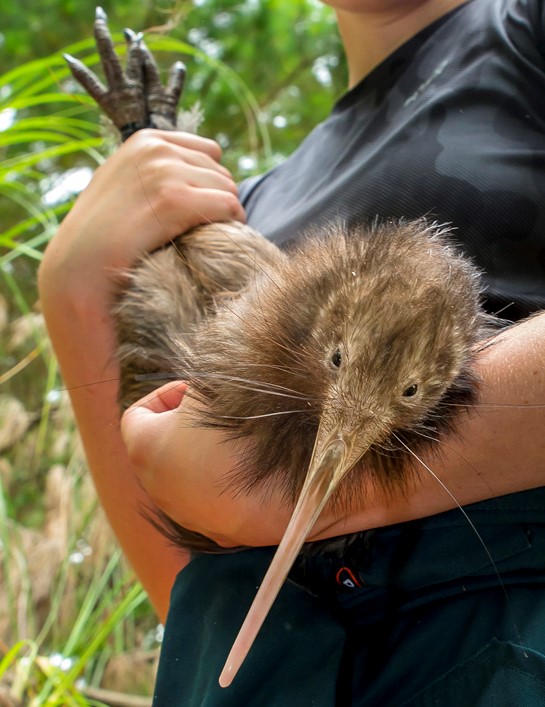 He loves to lead the kiwi tracking crew on a merry chase and seems to prefer to roost in very hard to reach spots among lots of gorse and cutty grass!

Harry was released into the Tutukaka Landcare predator controlled area on October 24th, 2018 with two other kiwi, all from the Matakohe-Limestone Island kiwi creche in Whangarei Harbour.

Harry was the oldest of the kiwi released at four years of age.

Island Ranger Emma Craig remarked “Harry should be right on the cusp of breeding, so it’s a great time for him to graduate from the island creche and start increasing the Tutukaka kiwi population!”.

Since his release, Harry has been busy exploring his new home and has walked a considerable distance from his release site near Matapouri to the Rayonier pine forest beside the Tutukaka quarry.

From 2018 – 2020 Harry led the monitoring crew on so many chases that he was nicknamed ‘Harry Houdini’. In 2020, he eluded us for the last time – read all about ti here: Harry Houdini Makes His Last Escape

Where did Harry wander off to? Is he looking for a mate or a good spot to set up his own territory…?

You can become a kiwi sponsor and follow the life and adventures of wild kiwi like Harry by signing up to the Kiwi Coast ‘Follow a Kiwi’ Program.  As a Follow the Kiwi Sponsor you will receive news, updates, photos and event invites FIRST!