You are here: Home / Portfolio / Kicker the Kiwi 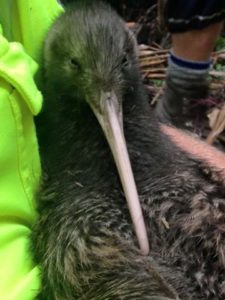 Kicker was relocated from his island crèche in Whangarei Harbour to a coastal Pacific lifestyle at Tutukaka just before Christmas in 2016. His wanderings have been monitored ever since via a radio transmitter attached to his leg.

His dad was  “The Knight” – a monitored wild kiwi who lives in the Whangarei Kiwi Sanctuary DOC reserves near Purua.

Kicker was transferred from the Whangarei Kiwi Sanctuary to the Matakohe-Limestone Island kiwi creche when he was 10 days old.  He weighed just 270g and his bill length was 45.6mm bill.

He was caught by Matakohe-Limestone Island Ranger, Emma Craig, on 17/10/16 while he was fighting with another bird – hence the name “Kicker . He was over 4 years old when released back on the mainland on the Tutukaka Coast in 2016.

As with all kiwi fitted with transmitters, Kicker needs to be caught every six months for a health check and to refresh the transmitter batteries. This gives us a great opportunity to see how he is getting on and grab some great photos! 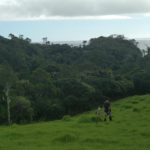 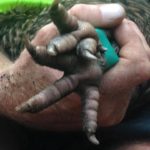 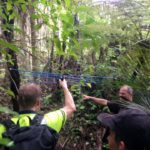 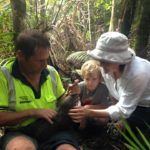 At his last health check, Kicker  had put on a good amount of weight and appears to have settled into his private beach hang out near where he was released on the Tutukaka Coast. Now that he’s found his piece of paradise, he seems content to stay put and call the female kiwi to him, rather than roam in search of a mate…

Will Milo be the first of our four kiwi to find a mate, with his “draw ’em in” strategy? Or is he content, feeding up large and enjoying a bachelor lifestyle on his private Tutukaka beach …?

You can become a kiwi sponsor and follow Milo’s life and adventures by signing up to the Kiwi Coast ‘Follow a Kiwi’ Program. As a Follow the Kiwi Sponsor you will receive news, updates, photos and event invites FIRST!