Nick the kiwi’s latest chick has been successfully transferred to the Matakohe-Limestone Island kiwi creche. 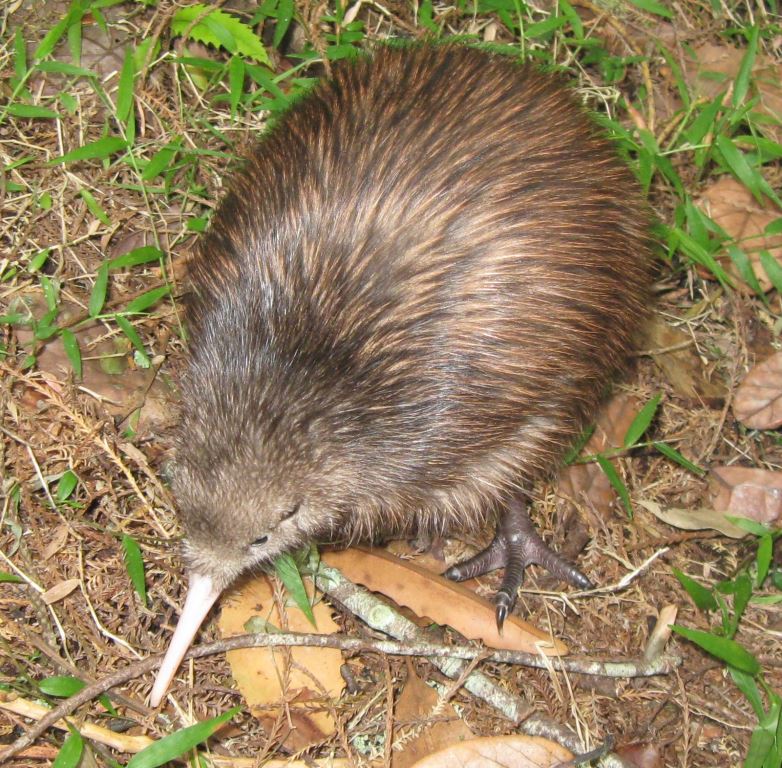 Nick is one of seven monitored kiwi “dad’s” in the Whangarei Kiwi Sanctuary whose chicks are transferred to the predator-free island creche. There, the chicks roam, feed and grow until they reach their goal weight of around 1kg. At this size they become capable of fighting off stoats and can be released back onto the Northland mainland at approved predator-controlled sites.

Backyard Kiwi Project Manager Todd Hamilton works with the Department of Conservation and Matakohe-Limestone Island rangers to determine which chicks will be transferred and when they are ready to graduate back to the mainland.

Todd says: “Northland brown kiwi chicks are independent and are never fed by their parents.  Somewhere between 10 – 25 days old they are either kicked out of the nesting burrow or leave of their own accord. This is the perfect time to ‘scoop’ them and transfer them to the island creche.”

Todd adds “Data from our telemetry equipment tells us Nick has now been nesting for 79 days straight and after successfully hatching the chick, has continued incubating a second egg.”

“The transferred chick (Currently known as ‘LC 1815’ – the 15th chick transferred from the 2018/19 breeding season) is 13 days old and was ready to leave the nest. We’ll leave him to feed and grow on Matakohe-Limestone Island and catch up with him/her again in a year or so…”