Marunui Conservation got underway 1987  and in 2013, returned kiwi to their 421 ha block. Working collectively with the Piroa-Brynderwyns Landcare group to carry out pest control across the wider landscape has proven very successful – not only safeguarding the kiwi and their chicks, but helping the native coastal forests of the area flourish once more. 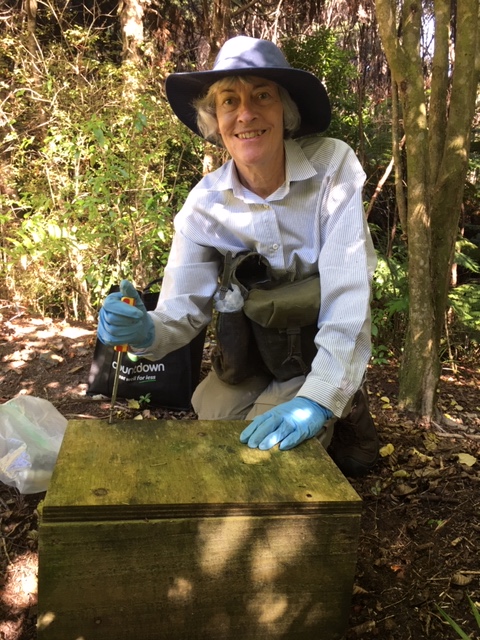 Over the past two months it’s been exciting at Marunui Conservation hearing pairs of kiwi calling at night.  Keeping them safe from predators on its 421ha bush-covered property is one of Marunui’s main tasks and with the breeding season approaching it becomes a vital activity.

Despite the difficulties caused by Covid 19 over the past two years it has been possible to undertake and complete all the predator trapping rounds, thanks to the efforts of Marunui’s residents and the help of local volunteers.

Trapping has been carried out every three weeks from November to March and 4-weekly from April to October using a variety of lures depending on the type of trap.  The majority (120) are for catching mustelids – ferrets, stoats and weasels.  These include DOC200s, DOC250s and Fenns.  They also catch rats, while Trapinators and Timms traps target possums.

In 2021 the catch totalled 12 stoats, 5 weasels, 5 feral cats, 156 possums, 25 hedgehogs and 228 rats.  In addition, annual baiting for rats and possums was carried out in September-October, considerably reducing the numbers of both.

In addition in 2021 the Ring of Steel project, which involves the servicing of mustelid traps on properties surrounding Marunui and including in Hancock Forest Managers’ Waipu Forest, caught 26 stoats, 31 weasels, 1 feral cat, 56 hedgehogs and 427 rats.

Stoats are the major killer of kiwi chicks so the removal of the above 44 stoats will have been key to chick survival, potentially enabling them to reach breeding age. 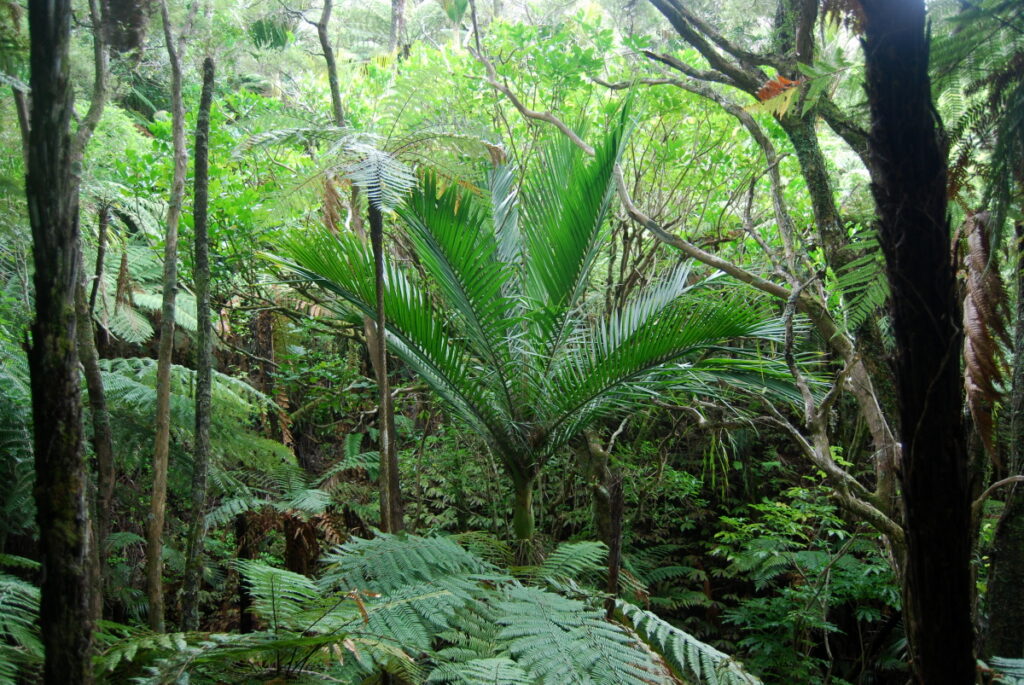 Together with weasels, stoats also predate other native birds, eggs, lizards and insects.  Although no ferrets have been caught in Marunui since 2019, they present a major threat to adult kiwi, illustrated by the death of one male last year in Waipu Forest.  A ferret was recently seen on a neighbouring property and extra traps were deployed.

The recent sighting at night in Marunui of a juvenile kiwi and the number of calls heard gives confidence that the combined efforts of all involved in Piroa-Brynderwyns Landcare are making a significant contribution to kiwi recovery in the Brynderwyns and surrounding areas.

Marunui welcomes new volunteers to help it maintain the levels of trapping required to protect kiwi (training and tools provided).  To find our more or get involved contact john.hawley@xtra.co.nz