There’s been a Local Trapper Workshop on the Kiwi Coast every fortnight so far this Spring! 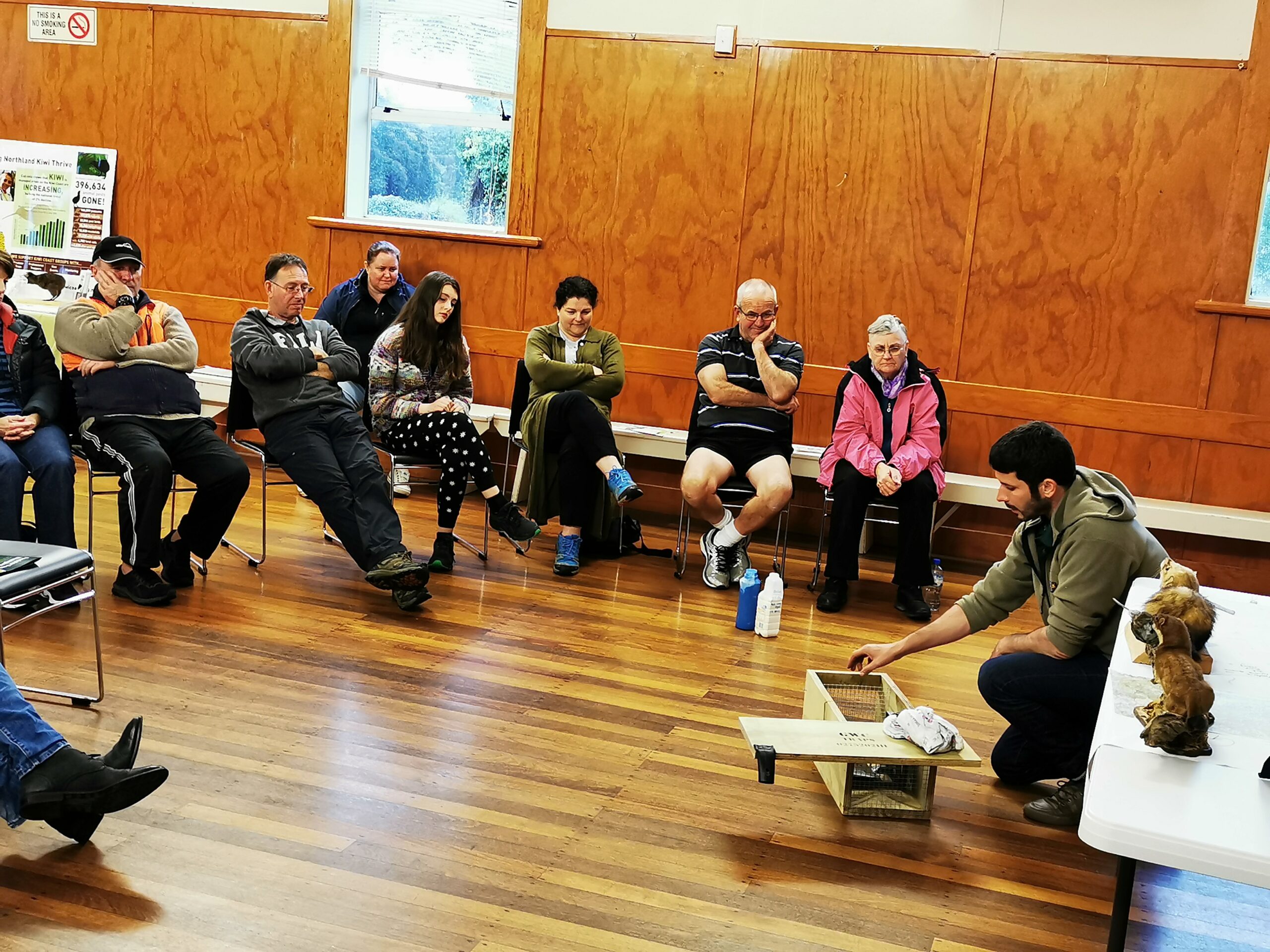 Helping to build the skills and capacity of hapu, iwi and communities to effectively control animal pests to help their local native forests, wildlife and kiwi thrive is a key priority of the Kiwi Coast.

‘Local Trapper Workshops” where 20 – 30 people come together to get hands-on with traps and learn how to set them, are a sucessful and increasingly popular way of doing this.

First up was the Kauri Landcare Trapping Workshop – with Rolf Fuchs from Northland Regional Council leading the workshop and provding an amazing overview of the entire suite of animal pests and the associated range of pest control tools in just 2 hours!

A fortnight later, Piroa-Brynderwyns Landcare filled the Celtic Barn in Waipu with 51 keen locals. Backyard Kiwi’s Todd Hamilton kept everyone on the edge of their seats with his lively and informative demonstration.

Todd covered essential predator trapping techniques, explained why kiwi are so unique and reinforced the need for good dog control for kiwi to survive and thrive. 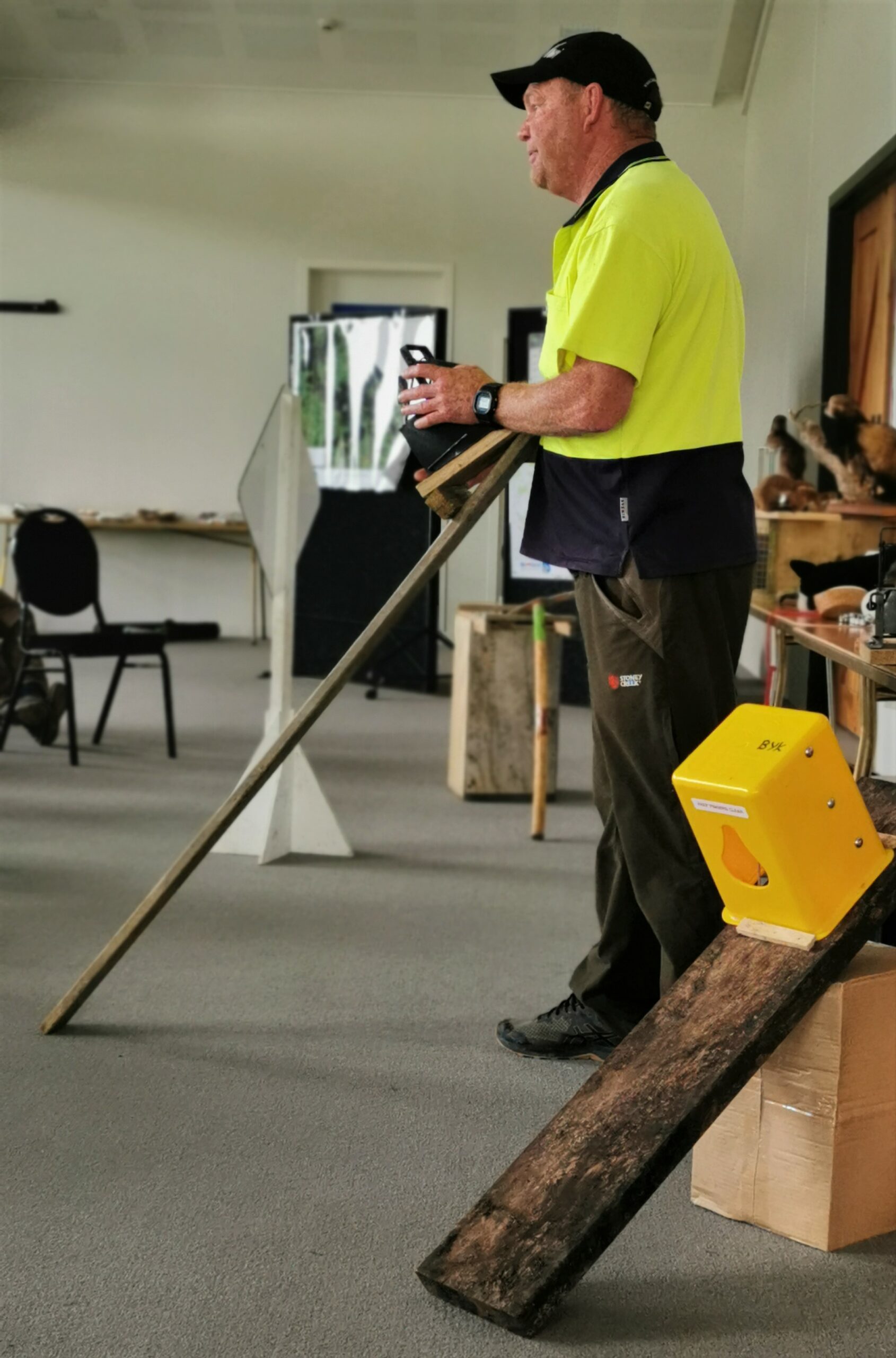 Todd Hamilton demonstrates the SA2 trap at the Piroa-Brynderwyns Workshop

35 keen locals from Pest Free Mangapai also brushed up on their trapping and learnt new skills on September 20th.

Local professional predator trapper Jean Stalmann demonstrated how to correctly set DOC 200 stoat traps, how to trap safely in kiwi areas and the importance of including ferret traps in the trapping network – despite their relative low numbers in Northland in comparison to other parts of New Zealand.

Even one ferret can quickly devastate a local kiwi population.

Each workshop was a huge collaborative effort. Many thanks to all those involved, from the landowners and groups organising the venues, professional trappers sharing their vast knowledge, technical advice from Northland Regional Council, and funding from Foundation North!

Kiwi Coast is happy to run local trapping workshops on request to groups and projects linked in. If you would like to hold a workshop with your group, just get in touch with Ngaire the Kiwi Coast Coordinator. 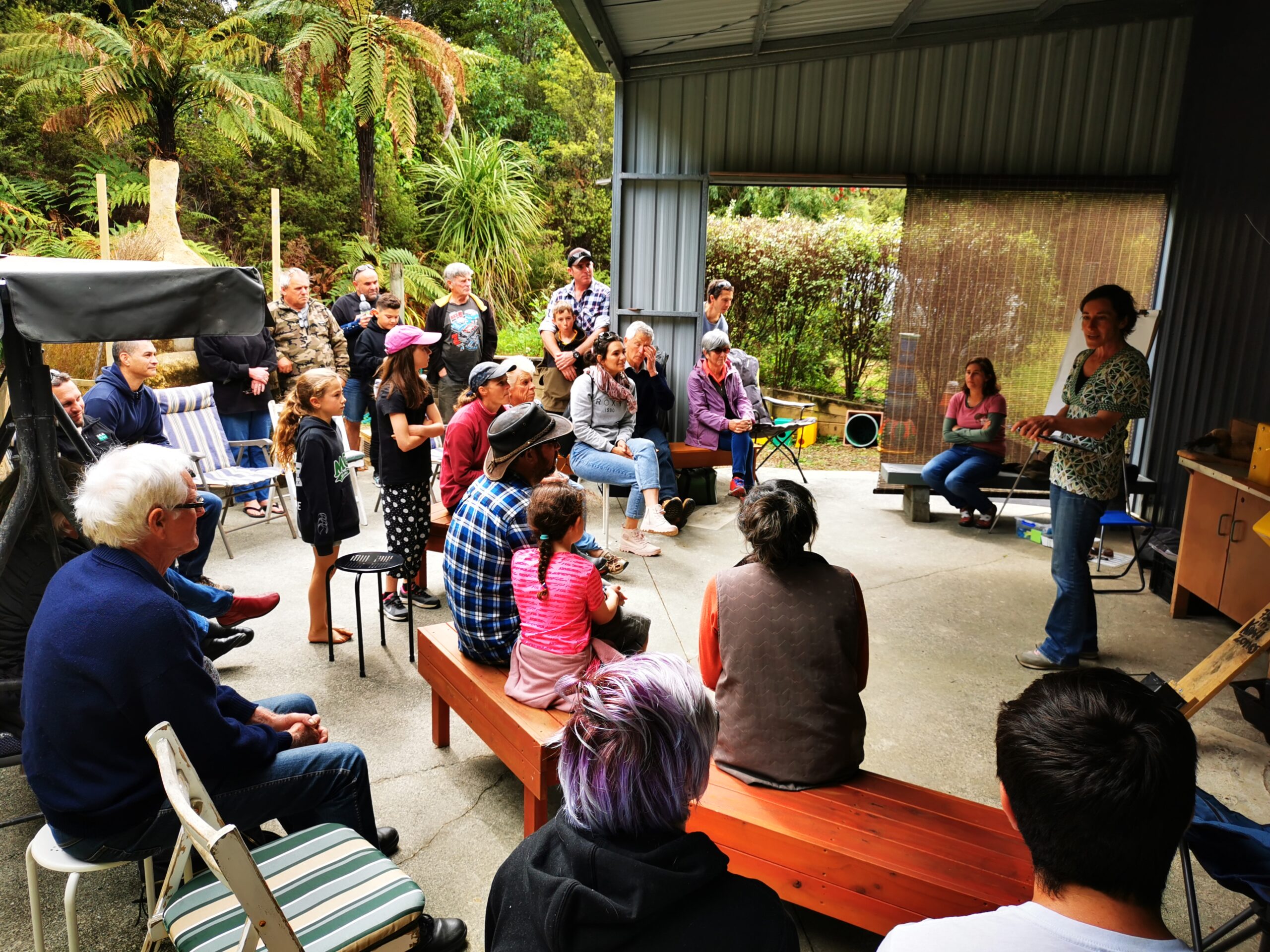 Delphine Eastes welcomes everyone to the Pest Free Mangapai Workshop