Kiwi have returned to Tahere thanks to dedicated efforts of the local community. 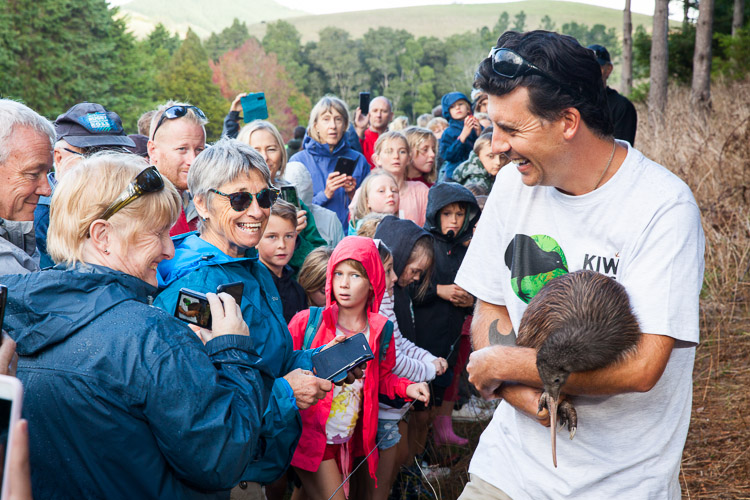 Arwen Page from Taheke Landcare says “This kiwi release is a significant milestone that the community has been working towards for a long time. It has been a huge collaborative effort and will require ongoing commitment from the community”.

Since 2013 Taheke Landcare have been working hard clearing out the pests and building a community of committed dog owners, keen to restore a local wild kiwi population.

The 10 kiwi released were just the beginning. Over the next three years, 20 kiwi will be released to revitalise the local kiwi population that has dwindled down to the last one or two birds.

The Department of Conservation (DOC), Kaitiaki-Kanorau Koiora Biodiversity Ranger, Ayla Wiles says, “Sustained pest control, and the community’s commitment to excellent dog control will ensure the kiwi can thrive at Tahere for generations to come.”

The kiwi entranced the 252 people who gathered to see the wild kiwi up close for a few precious moments before they were released. The Glenbervie School Kapa Haka group supported the speakers with waiata as the crowd learnt about kiwi, how to keep them safe and the work of the Taheke Landcare Group that had enabled them to return kiwi to the area.

Three kiwi were shown at the event, including Tiki a 2kg female and Toa, a 1.6kg male – both island-hatched young adults with more growing to do. The third kiwi – Takoha was a fully grown 13 year old 3kg female hatched in Te rohe ō Ngāti Hine and then transferred as a chick by DOC to the Motuora Island pest-free kiwi creche in Te-Moana-Nui-o-Toi. 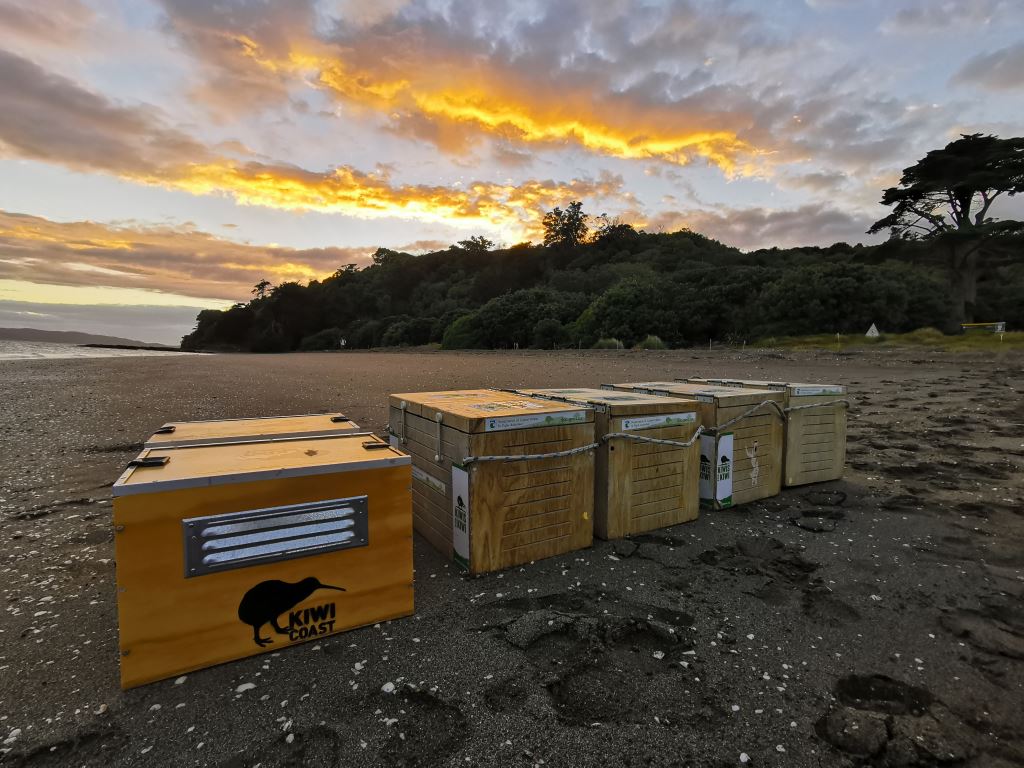 The team worked throughout the night catching the kiwi and preparing them for release the next day, fitting small radio transmitters to their legs so their wellbeing and movements could be monitored after release.

As the kiwi departed for Tahere, Te Kaurinui from Ngati Koroa/Te Waiariki/Ngati Wai initiated a karakia to prepare the kiwi for their journey to their new home.

With 2000 hectares of predator-controlled area to roam, the kiwi will be closely monitored by trained locals using radio tracking equipment as they explore their new home at Tahere. However, there won’t be much concern if the new arrivals wander out of the Tahere area, as they are surrounded by like-minded neighbouring communities and forestry companies at Pataua North, Whareora, Ngunguru, and Glenbervie. Collectively working together as the ‘Kiwi Link Community Pest Control Area’ their predator control network extends over 14,000ha between Parua Bay and Tutukaka in eastern Whangarei.

Funding and support from Kiwi Coast, Northland Regional Council and DOC has helped the communities to build the pest control network, revitalise the local native forests and wildlife, and reach the point where kiwi could be safely returned.

Kiwi Coast Coordinator Ngaire Sullivan says “Together we are helping the community-led projects from Bream Head to Whananaki connect, infill and expand their trapping networks so they can link up into one giant predator controlled network. These kiwi should be safe to roam and enjoy long lives in the safe hands of their local communities.”

“We’re also tracking the natural return of kaka and korimako from the offshore islands to the area, with hopes that their numbers will also increase in response to extensive pest control being carried out by the communities”.

The Taheke Landcare Kiwi Release committee would like to extend their thanks to all those involved who helped make the kiwi release possible, including those who have funded and resourced work to date including Northland Regional Council, Kiwi Coast, QEII National Trust, DOC and Hancock Forest Managers.

To get involved in Taheke Landcare or to find out how to look after your local kiwi contact Kiwi Coast Coordinator, Ngaire Sullivan .