Great news for the Onekura Road Trappers – the kiwi have returned! 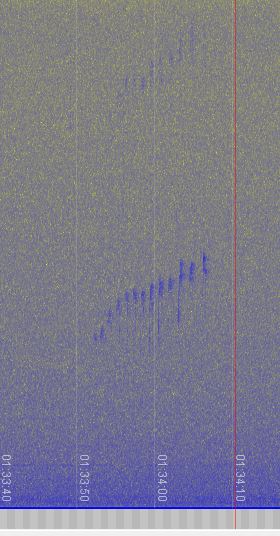 A spectrograph of one of the male kiwi calls recorded in the Onekura Reserve in 2020.

It is expected that with increasing pest control and community efforts, kiwi numbers will increase and populations will expand into new areas over time. The Kiwi Listening Blitz pinpoints the new sites that kiwi have moved into over the last five years.

When the reserve was last surveyed in 2016 no kiwi were detected. However, this time around, not only were kiwi calls recorded, but both males and females were calling. “Kiwi duets” where males and females call to each other were also recorded, signalling that a breeding pair of kiwi are present – the ultimate result!

Congratulations Tom and everyone trapping around Onekura Rd. You have a pair of kiwi!

The Onekura Rd Trappers started their pest control project in 2018 and now in 2020, kiwi have returned.

But that is not the only good news!

Karen Verdurmen, who analysed the data for Kiwi Coast said:

“The results suggested that other birdlife were returning to the reserve too, with lots of birdsong recorded. We saw a good number of fantails / piwakwaka when we put out the device and kaka have also been observed feeding in the karaka trees there. The pest control is working!” 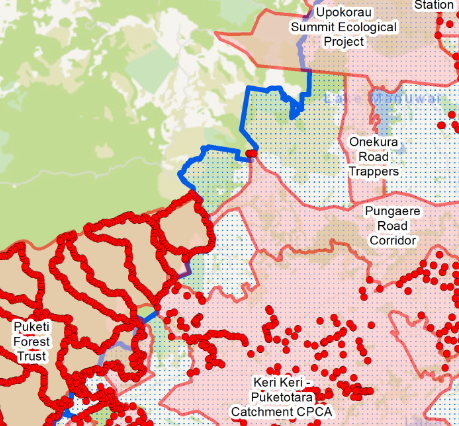 The wider trapping network linking in with Onekura Rd Trappers

“There is substantial pest control in this area now. Community-led pest control projects are now underway in Upper Pungaere Road, Waipapa West Road and the Upokorau-Summit Forest. Together they form a linked network of pest control that is helping the local forests and wildlife to flourish once again.”

The 2019 collated pest control data  showed the following pests were trapped in the area last year:

Andrew continues “This gave a collective area total of 7401 pests removed. Puketi Forest Trust has done another amazing year with 7098 pests removed! If you put it all together, a huge grand total of 14,499 pests were removed in 2019 from this part of the Bay of Islands alone.”

“Keep up the great work! Results for our kiwi and wildlife are being seen!”

If you would like to get involved, start a pest control group or find out more about community-led pest control and kiwi recovery in the Bay of Islands area contact Andrew Mentor the Mid North Kiwi Coast Coordinator.