Kiwi Coast’s second “Kiwi Listening Blitz” is now well underway.  Fieldworker Karen Verdurmen switched from fieldwork to data analysis during the Covid-19 lockdown, and reports on the results to date… 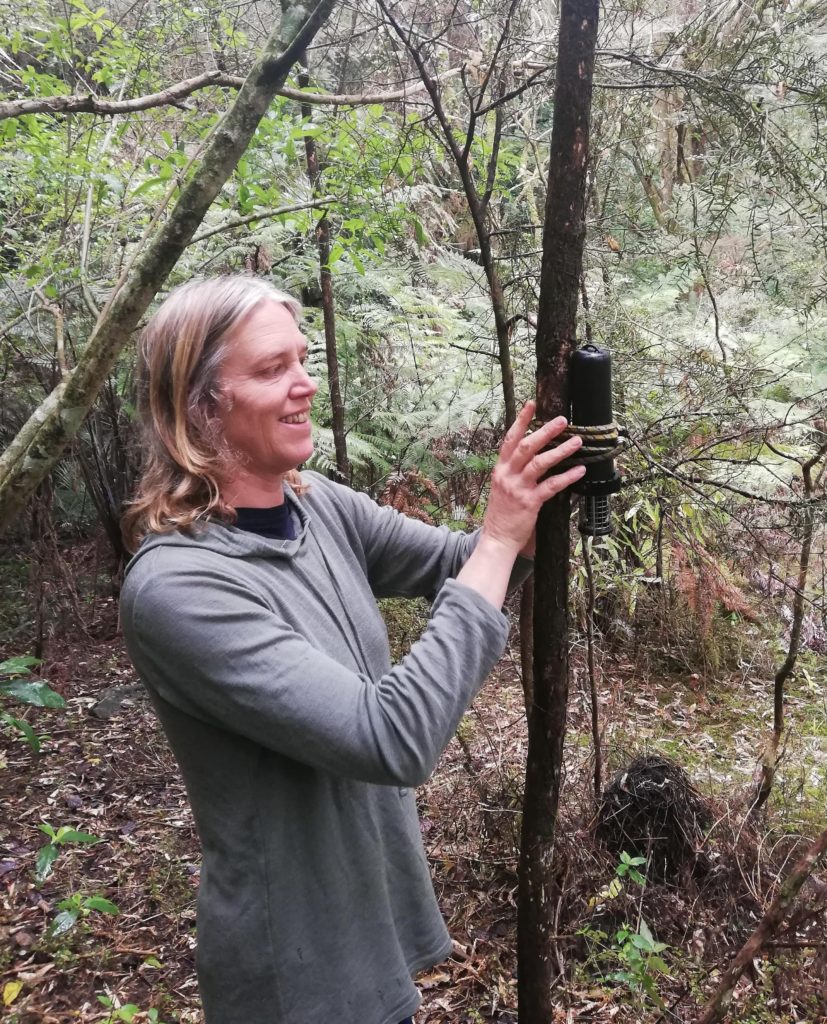 December 2019 marked the start of Kiwi Coast’s second Kiwi Listening Blitz in Northland. With the help of some good, kind people, a few preparation issues were solved and in January of 2020, the first Kiwi Listening Devices (KLDs) went out in the field.

This second Kiwi Listening Blitz follows the first blitz conducted in 2015-2016. The aim is to monitor the presence or absence of kiwi, and hopefully their spread, across the area where groups and projects linked into Kiwi Coast are working hard to control kiwi predators and help them thrive. The blitz is carried out every five years.

While the Covid-19 lockdown brought an abrupt halt to the fieldwork, it provided an opportunity to get a head start on analysing the data collected so far – and early results are looking pretty encouraging…

All the 2016 areas monitored so far that had kiwi presence in 2016, still have kiwi now. Even better however, the KLDs have recorded kiwi at several sites that did not have kiwi in 2016!

One example is the kiwi recorded for the first time in the Puketona Reserve in the Onekura Trappers Project area. When the reserve was last surveyed in 2016 no kiwi were detected. However, this time around, not only were kiwi calls recorded, but both males and females were calling. “Kiwi duets” where males and females call to each other were also recorded, signalling that a breeding pair of kiwi are present – the ultimate result!

As Kiwi Coast continues to expand as more projects get underway and link in, there is also a lot of new ground to cover.

A big thank you goes to all the landowners that are taking part in this Kiwi Listening Blitz, it has been an honor to get to know you and see the care and work you put into, or are planning to put into looking after the land, the forest, waterways, wetlands, the birds, the geckos and all the other precious natives.

Plenty more new sites are lined up to be surveyed as part of the Kiwi Listening Blitz#2 in 2020. If you have already talked  with Kiwi Coast about putting a KLD on your property, be assured we will contact you at some stage. Otherwise, it is not too late, to let us know you would like your property to be monitored for the Kiwi Blitz.