Kiwi Coast Trust has now completed its 2021 Annual Report, which presents the key activities and achievements of the past 12 months. 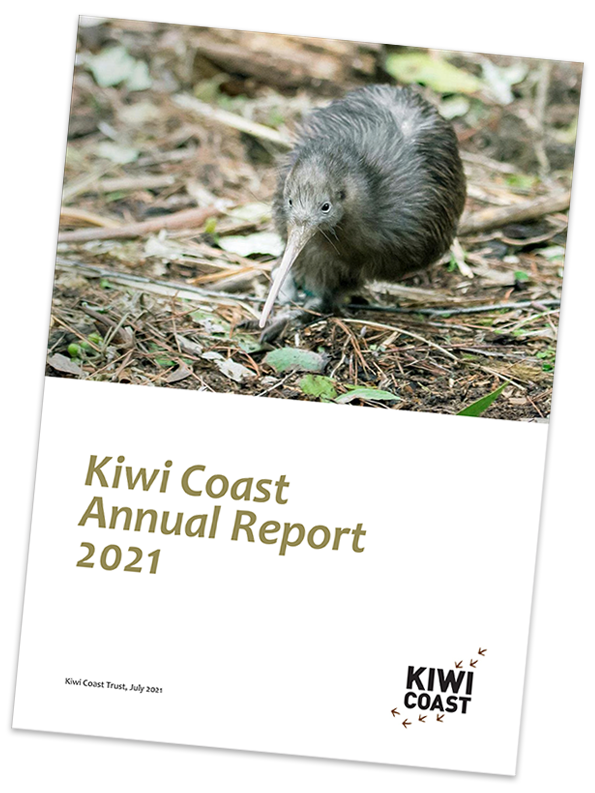 “The Kiwi Coast Trust again thanks all the groups and projects involved for their enduring and relentless hard work. Many thanks also to our partners Northland Regional Council, principal funders Foundation North, Kiwis for Kiwi Trust, the keen ‘Follow a Kiwi’ fans, and sponsors. We are privileged to work with you all on this amazing initiative.”

You can download a full copy of the report here.