Reflecting on another amazing year! Kiwi Coast’s 2019 Annual Report is out, presenting the key outcomes and results achieved during the sixth year of the collaborative initiative. 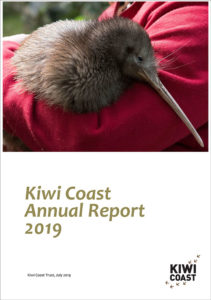 Some of the highlights include:

“The Kiwi Coast Trust again thanks all the groups and projects for their enduring and relentless hard work. Many thanks also to our partners Northland Regional Council and sponsors and funders including the Department of Conservation Community Fund, NZ Landcare Trust, Gilbert Pest Traps and Key Industries. We are privileged to work with you all on this amazing initiative.”