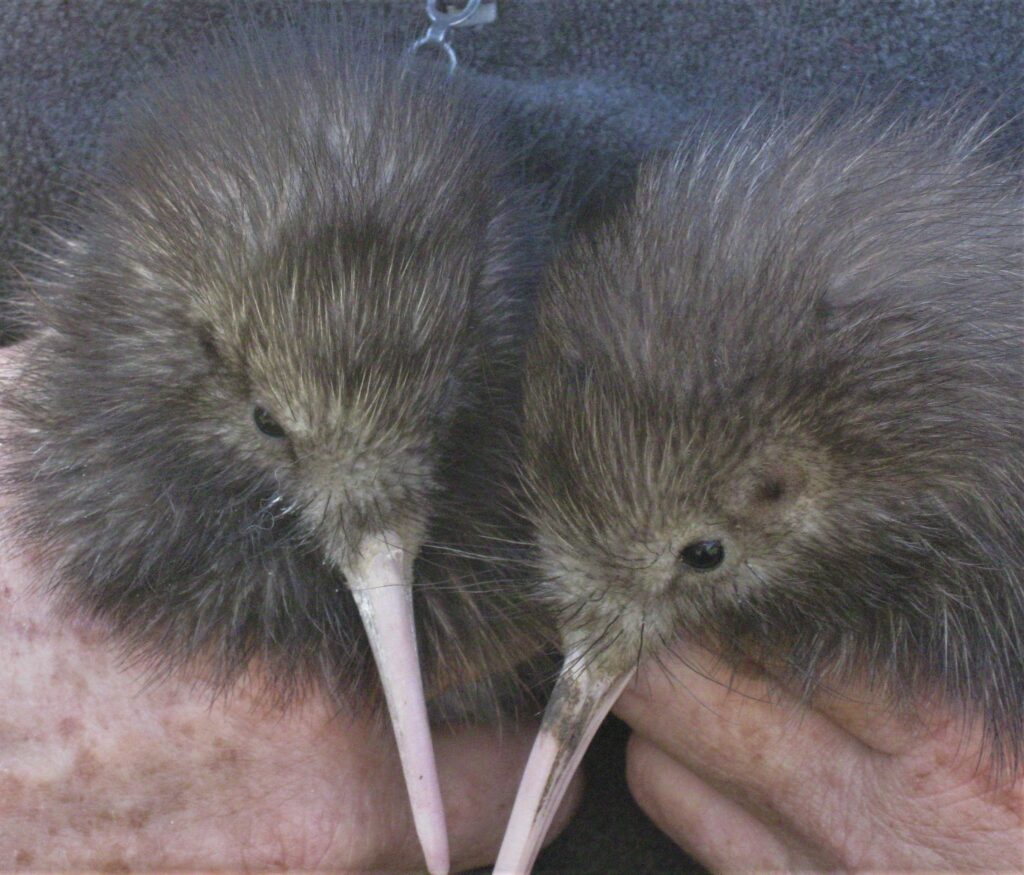 Kiwi chicks are now hatching all over the Kiwi Coast!

Despite many Northland kiwi heading into the breeding season still underweight thanks to last summer’s drought, some birds have successfully nested and chicks are now hatching. Reports of kiwi chicks over the last month have come in from Backyard Kiwi, Tutukaka Landcare, Tanekaha CPCA and Mangatete Landcare.

One monitored kiwi Dad, Marohi, on the Tutukaka Coast recently hatched his 8th chick since being released just four years ago!

Kiwi “Dad”s have sole incubation duty for around 90 nights and will only come briefly off the nest for a quick feed – so those starting nesting in poor condition will have found this nesting round particularly hard.

Thankfully, a warm wet November in many parts of Northland means there should be plenty of tucker and soft ground for probing for both the chicks and Dad’s as they emerge from the nesting burrow.

Hatching is hard work and can take several days and the chick is exhausted after it finally emerges from the shell. It will sit looking a bit like a stunned mullet for a few days! The abdomen looks bloated due to the yolk sac being internalised. This sac is the remains of the egg yolk that has sustained the chick through incubation and it is sucked into the abdomen and closes off at the navel.

The abdomen is so big initially the kiwi chick has trouble moving and standing.

Newly hatched chicks weigh around 350gm. They will lose weight post hatch as the yolk sac contents are used up over the first 7-12 days. Kiwi chicks can lose up to 25% of hatch weight in the first 10-15 days.

Chicks will slowly get more mobile and more adventurous and most will be eating in 7-10 days. The mud staining on their bill shows they are out and about. Initially they will eat soil, small sticks and stones and then poke around in the leaf litter. Trail camera footage has shown chicks leaving the nest to investigate their surroundings at any time of the day and night. 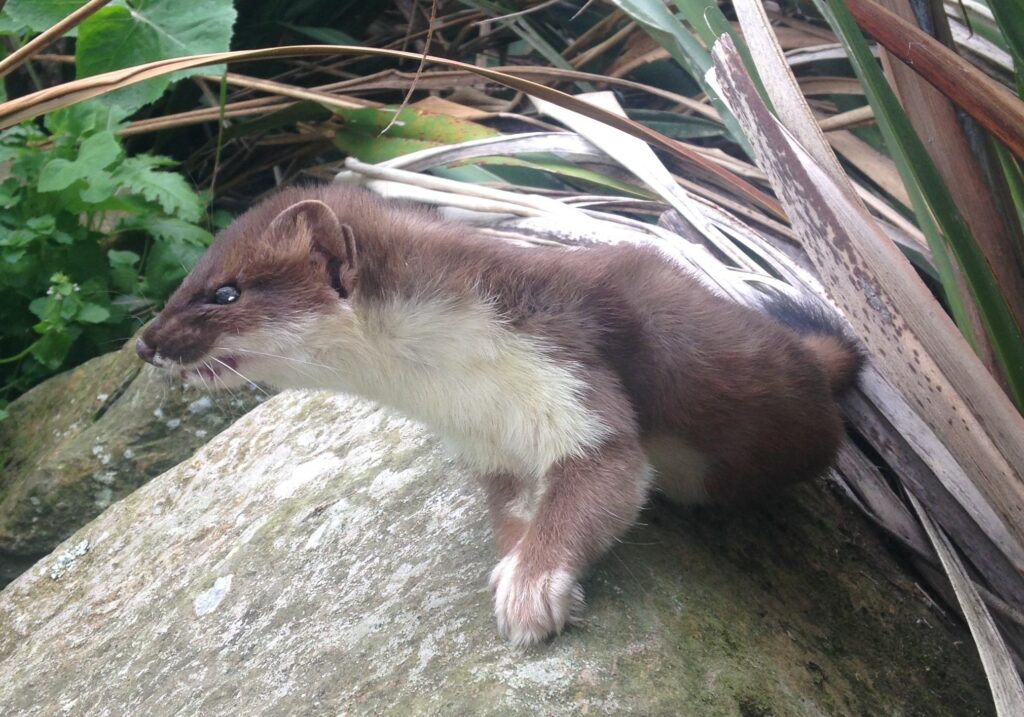 They do not stay out for long and are usually close to the burrow, but are very vulnerable to predation. The surrounding area smells very strongly of kiwi as Dad has been in the vicinity for 3 months. Local stoats will be very aware of where the nest is and when the chick has hatched. Trail cameras have shown regular visits by stoats over incubation. Research shows that in unmanaged areas, stoats kill 95% of kiwi chicks before they reach their first birthday.

Now, more than ever, our trapping needs to be top class!

If you would like help with predator control in your area to help protect your kiwi, just get in touch with the Kiwi Coast -we’re here to help.