The Kiwi Recovery Group has advised all Goodnature A24 traps in kiwi areas need to be placed 1 metre high after five kiwi were found with injured bills. 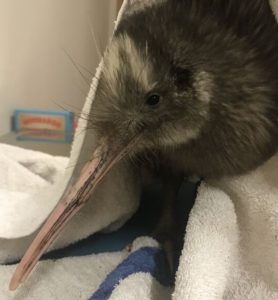 Kiwi Recovery Group (KRG) Leader, Jess Scrimgeour, reported in November that five out of nine kiwi at a sanctuary were found with bill injuries from A24’s during routine health checks. At that time the KRG advised the automated traps be raised above the 12cm recommended by the manufacturers.

The injuries occurred to juvenile rowi – the rarest of the five kiwi species – at Kaipupu Point Sounds Wildlife Sanctuary in Picton.

Jess reported “The kiwi sustained minor to moderate injuries to their bills with associated fractures, bruising and keratin damage.  The kiwi were all over 1kg.  Three of the birds were hospitalised but all recovered and returned to the wild.” 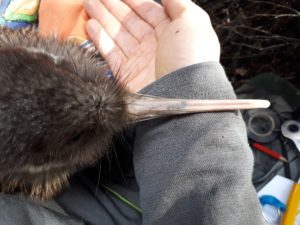 Newsroom reported: “In early August, during routine health checks at Kaipupu, a rowi named Camo was found with a bruised bill. Over the next five weeks, four other birds were found with bill injuries. Three were severe enough to be sent to Dunedin’s Wildlife Hospital for treatment. The lower bill of one bird, Tumanako, was so severely fractured it was fitted with a splint.”

Subsequent camera monitoring of disarmed A24s at Willowbank Wildlife Reserve in Christchurch and at an Operation Nest Egg creche site revealed that kiwi larger than 650g were still able to access the inside of the traps when set at 12cm above ground and in vertical orientation.

This has led to the KRG revising their recommendation, and now advising those trapping in kiwi areas raise the traps to at least 1 metre off the ground. 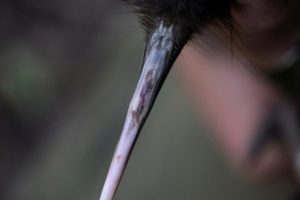 “We do not yet know how often this might occur, however this identifies that any kiwi can potentially access these traps in a way that could at least cause bill injuries. It should be noted that bill injuries have not been detected at other sites where kiwi are being monitored in the presence of A24s.”

A research trial testing the efficacy of A24 traps was carried out at Trounson Kauri Park over the 2015/16 breeding season. Thirty seven Northland brown kiwi chicks were monitored during the trial and no bill injuries were observed. 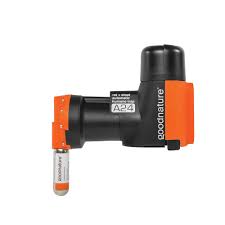 Jess Scrimgeour is interested in hearing from anyone using A24’s in kiwi areas that may be able to help with further information. Jess can be contacted at: jscrimgeour@doc.govt.nz  or alternatively contact Ngaire the Kiwi Coast Coordinator if you are concerned about your traps.