Which do you want first? The good news or bad news for Owhiwa kiwi?

The good news, is that today the first kiwi chick in decades has been found in the Owhiwa Landcare area.

At just 577g, the chick was at it’s most vulnerable – especially to predators such as stoats, that kill 95% of kiwi chicks before their first birthday. Once over 1kg, kiwi can fight off stoats and are much more robust. The finding of the chick shows that the network of stoat traps run by the Owhiwa Landcare Group is working to keep kiwi chicks safe and ensure they can explore their new world.

So the good news is that the small local remnant Owhiwa kiwi population is successfully producing chicks and the stoat control is working. 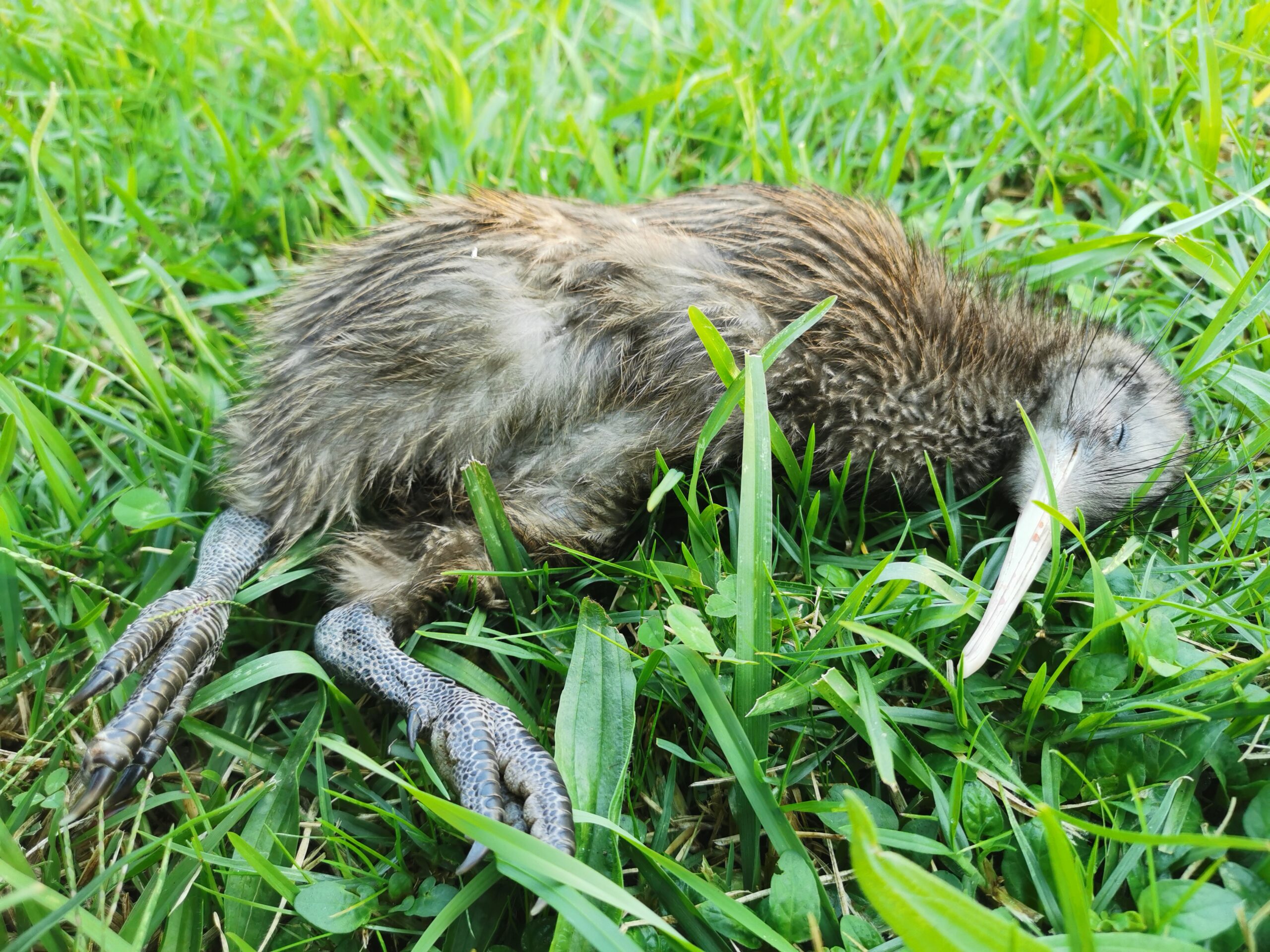 An Owhiwa landowner was walking his dog up his driveway when it dived into an area of long grass and injured the kiwi chick. The dog owner had no idea kiwi lived on his property, and was devastated when the chick died within minutes.

With the dog normally in a kennel during the day, and inside at night, the dog owner had done all the right things to keep kiwi safe, even without knowing that kiwi lived on the property.

Owhiwa Landcare Coordinator Glenys Mullooly said “This is a devastating way to confirm that kiwi are successfully breeding in our area. We are working with the dog owner to help keep kiwi safe now that we know they are on the property, and look for opportunities to carry out further monitoring in the area.”

The kiwi chick has been taken into the Department of Conservation Whangarei office.