This message is being promoted by the Kiwi Coast Trust over summer with a series of new roadside billboards. The billboards back up the work of over 120 groups and projects throughout Northland working hard to ensure kiwi can thrive and roam safely in the region.

The first two ‘Kiwi Live Here’ signs are now up on Ngunguru Road and State Highway 1 near Hikurangi. 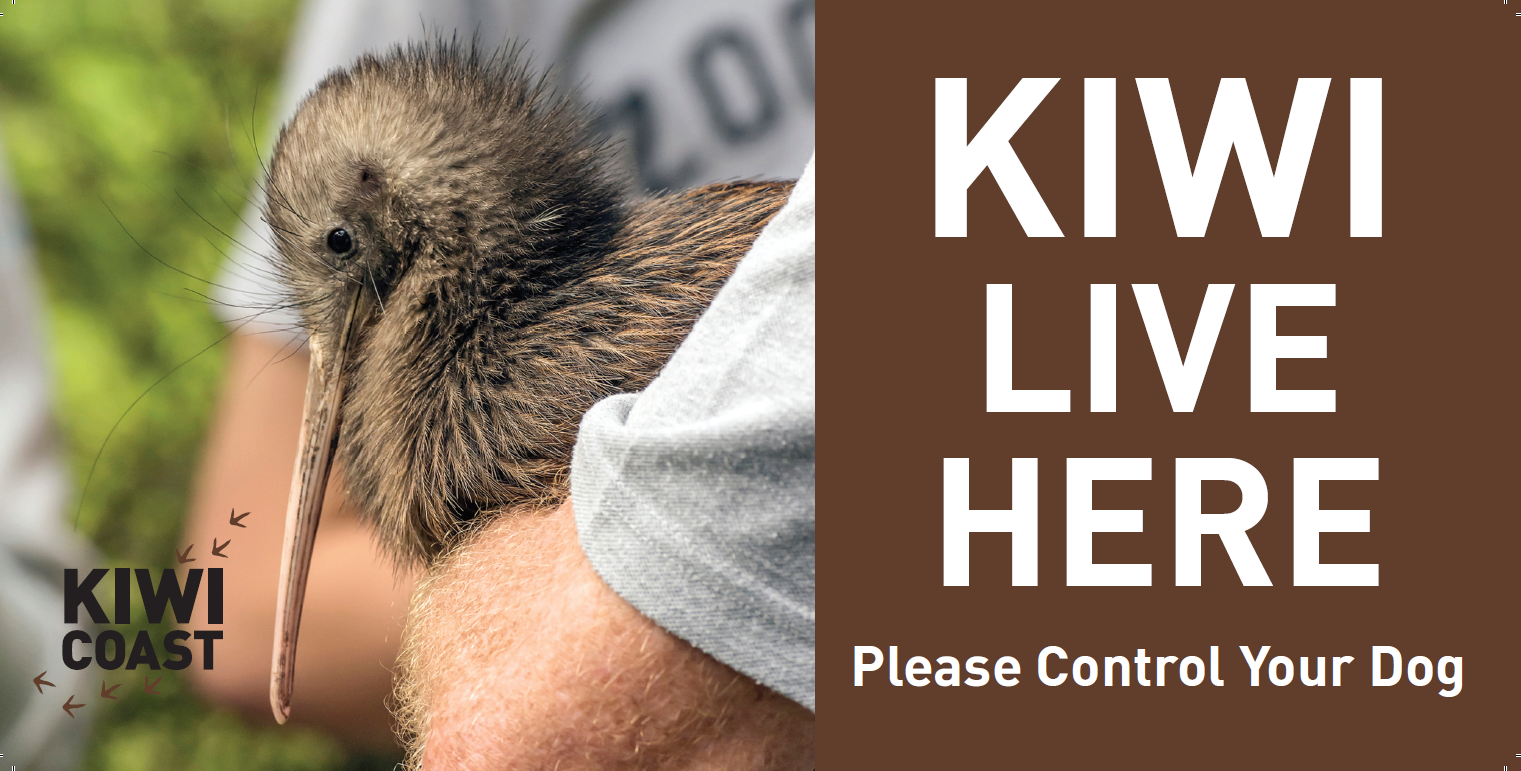 Both billboards remind visitors to Northland that kiwi are present and dogs need to be controlled.

Kiwi Coast Coordinator Ngaire Sullivan said “Visitors to Northland are often surprised to learn that we have kiwi roaming free in the wild, and that they are not in a zoo or contained within a predator proof fenced sanctuary like some other regions. We need to let people know that kiwi roam free in Northland and dogs need to be under good control to help keep them safe.”

“The billboards are located at sites where local kiwi are being protected through community-led predator control projects. Kiwi numbers are either stable or increasing at these sites – but one uncontrolled dog can undo years of hard work in a very short space of time.”

Northland brown kiwi should have a life expectancy of 50-65 years. In Northland, the average lifespan of kiwi has been reduced to 14 years due to kiwi being killed by dogs. Kiwi Coast takes a positive approach to encourage dog owners to control their dogs and ensure they are not free to wander. 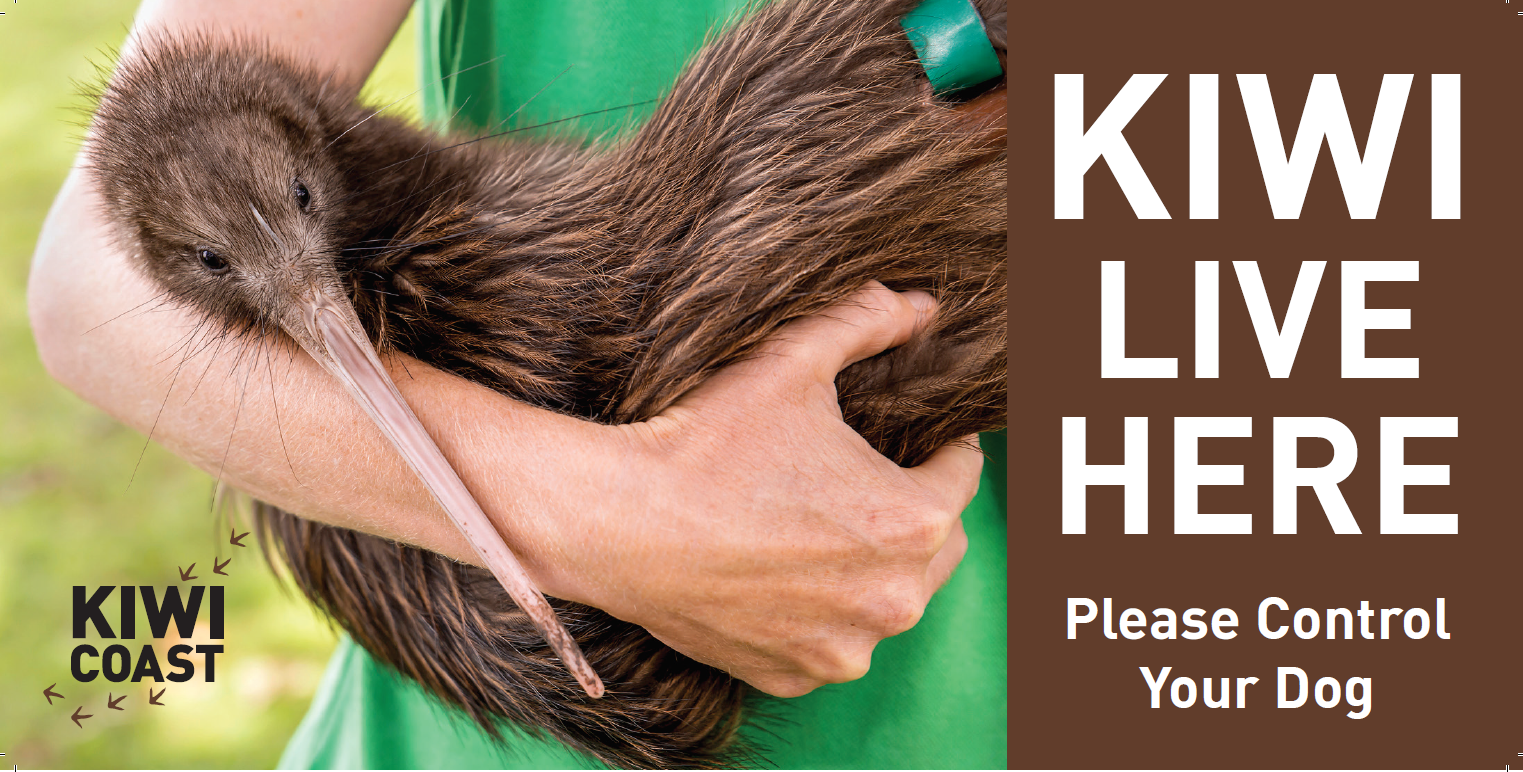 Kiwi Coast, photographer Malcolm Pullman and the Department of Conservation (DOC) worked together to replace the old ‘Any Dog Can Kill Kiwi’ billboards which had seen better days.

Nigel Miller, Senior Ranger Whangarei DOC said “It’s been great to work in partnership with Kiwi Coast and explore new ways to help Northland kiwi thrive. It was time to refresh the old signs and these new eye-catching billboards will serve as good reminders that dogs need to be controlled in kiwi areas if we want to keep numbers going up.”

Further ‘Kiwi Live Here’ billboards have been requested for Russell, Mangamuka and the Bay of Islands.