Eighteen drought-stricken Northland kiwi have been rescued from the Motuora Island kiwi crèche in the Hauraki Gulf after dry conditions reached critical levels.

With Auckland still in drought in June, food and water levels on Motuora Island had reached critical levels. The island is a crèche for young kiwi chicks raised under the Operation Nest Egg (ONE) programme. A resident population of approximately 100-150 birds remain on the island.

Vonny Sprey, resident Department of Conservation (DOC) ranger on Motuora Island, began putting out water bowls for dehydrated kiwi last December, after noticing an increasing number of kiwi out during the day and finding dehydrated kiwi chicks. Vonny even captured this video of a kiwi out on the beach during the day busily foraging for food:

While this video delighted kiwi fans, it was a sign that all was not well.

It was time to mount a rescue mission. Kiwi Coast and Whangarei accredited handlers from a range of community-led projects and organisations were only too happy to help.

“Beach girl”  – the kiwi in the video – was first to come off the island and was taken straight into the Whangarei Native Bird Recovery Centre for care. After feeding up well for a week, she was quietly released into the Whangarei Heads area by Backyard Kiwi Project Manager, Todd Hamilton. 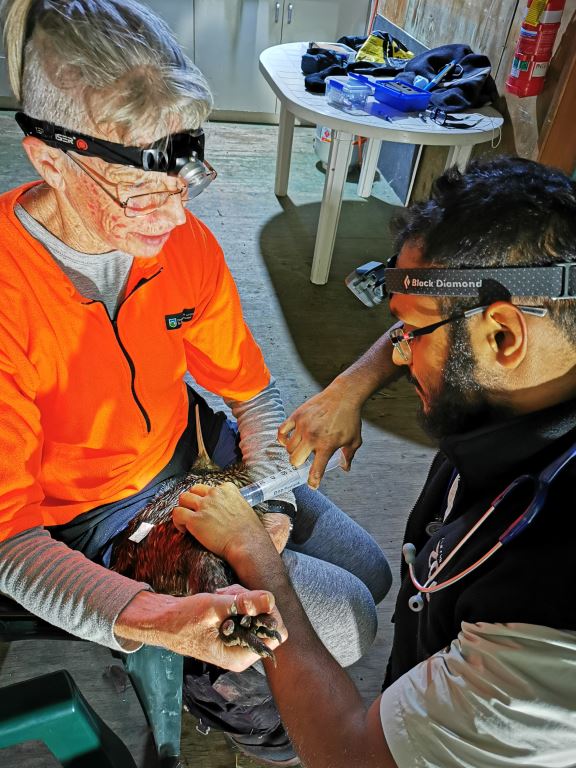 Working till 4.30am the kiwi rescue crew captured 17 kiwi, and each was assessed for its health condition, weighed, fitted with a transmitter and in three instances, immediately given 30mls of fluid.

Unsurprisingly, the kiwi were assessed to be in poor condition, and well under-weight given their size and estimated age. One kiwi was deemed too small to transfer to the mainland, and instead remained on the island with the Ranger for further care. 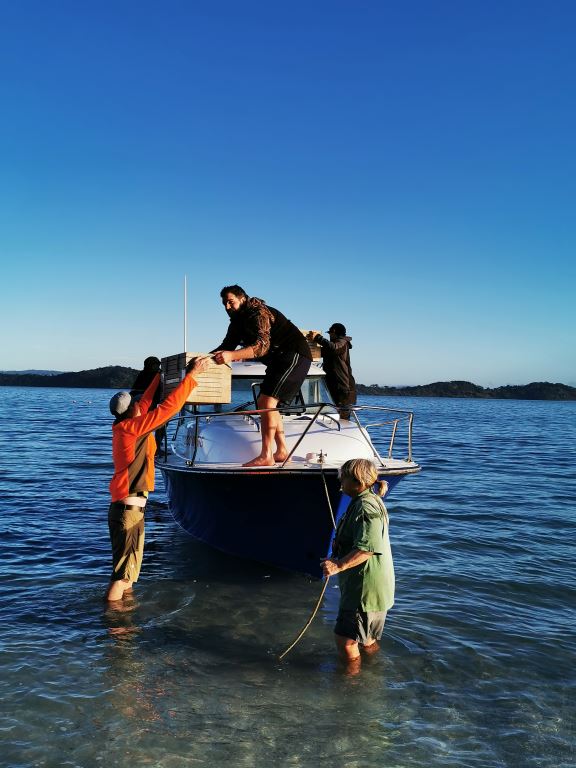 After a couple of hours sleep, the rescue crew were up again to transport the 17 kiwi across to the mainland and transfer them into the care of two community-led projects – Marunui Conservation in the Brynderwyn Hills and the Pukenui Western Hills Forest Trust in Whangarei. Both projects have extensive predator control and good dog control plans in place, plus accredited kiwi handlers who can monitor the kiwi and track their progress.

Beach Girl, the video star is already exceeding expectations of recovery. Last week her weight had increased to 2250g from 1650g on her release day – that’s an increase of 600g in just 15 nights, showing she is feeding up well and recovering swiftly.

The remaining 17 rescued kiwi will all be checked over the next fortnight and the decision will be made whether to remove their transmitters or continue to monitor their progress.

Keep an eye on the Backyard Kiwi, Pukenui and Kiwi Coast Facebook pages and websites for updates! 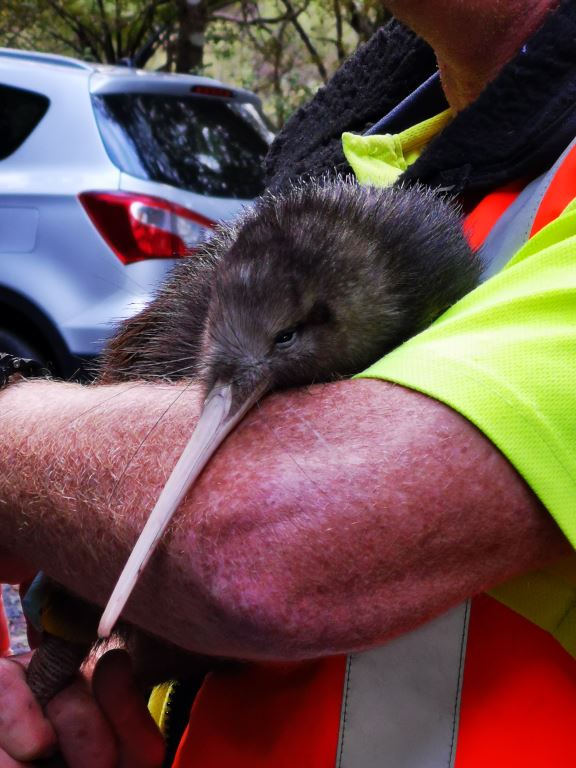 Todd Hamilton releases one of the kiwi with Marunui Conservation Project