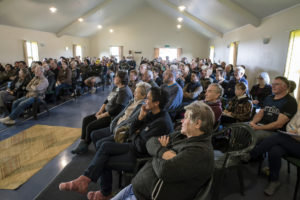 People from 73 community groups, hapu-led projects, agencies and organisations from across Northland gathered at Akerama Marae on June 30th to learn about new trapping technology and pest control tools and to share their skills and knowledge with one another.

Kiwi Coast Coordinator, Ngaire Sullivan said it was critical to continue building the capacity of Northlanders to tackle pests.

“Whether it’s reviving native forests, boosting local kiwi populations or preparing to reintroduce a lost species to an area – clearing out the pests is key. We need to ensure those keen to get involved have the skills and resources to do an efficient job out there in the forests. This annual workshop is one of way of keeping people upskilled, motivated and aware of what each other are doing.”

The success of Northland’s collaborative community-led pest control was evident in the collation of trap catch data undertaken each year by Kiwi Coast.

Over the past 6 years, Northlanders have trapped 297,753 animal pests such as possums, rats, stoats, feral cats, wild rabbits, and weasels. Last year alone, 28,475 possums were trapped. As a result, many native forest areas in Northland are beginning to flourish again. 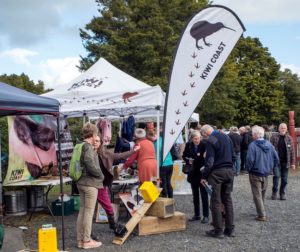 The pest control data was collated from 122 groups and projects linked into the Kiwi Coast initiative. Collectively, approximately 155,000 hectares of Northland is being managed for pests, with each group or project focusing on their “patch” while contributing to the bigger picture.

Ngaire adds: “There is a good history of community-led pest control in the north, with some of our Landcare groups operating for over 20 years. Ensuring these projects can keep going and stay on top of the pests using new tools and technology is essential.”

Key Industries, an Auckland based supplier of pest control systems, sponsored the workshop for the third year running and were also on hand with a stall featuring a wide range of pest control products suitable for everyone from backyard trappers to projects covering thousands of hectares.

Pete said “We’re keen to support communities to move beyond the ongoing cycle of pest control and reinvasion. The next step is to figure out how to eradicate pests from an area – with peninsula’s seen as the first logical choice, and then defend them from reinvasion. It’s exciting to see the new pest control tools being developed which will help turn such ideas into reality.”

Anyone wanting to get involved in pest control or attend such workshops in the future should get in touch with Kiwi Coast at www.kiwicoast.org.nz or subscribe to the mailing list to receive invites and information about upcoming events.